I’ve written previously on the blog about the time, in 2015, when workers from the city replaced the fire hydrant that sits in my front garden. As the fire hydrant was and is surrounded by plants, and replacing it required the digging up of a chunk of my garden by city workers, it was a story with some drama. I ended my post by writing “I thought it was going to be a nightmare but it was anything but. I just hope [the hydrant] doesn’t ever need to be replaced again!”

I replanted the garden in that area, and life went on. Then, this past spring we received a notice saying that the city was going to be replacing the water lines on our street—believed to be the originals from the 1940’s or earlier–and it was going to be an extensive project. Complete reconstruction of the street and sidewalks would be required.

That didn’t sound like fun but the neighbours and I geared up for a summer of inconvenience, dust, and mud. But, we knew the work had to be done and were grateful that our street had finally risen to the top of the city’s backlogged list of projects.

However, the project did not begin well. The first day the workers marked out the street a worker stepped into my front garden bed, broke over an echinops (apparently by stomping on it with his boot to get it out the way), and hammered in a fluorescent orange stake. I had the project liaison officer on the phone pretty quickly after that, and I let him know what kind of garden he was dealing with and that if this was how the project was going to continue there was going to be trouble. He apologized profusely, tracked down the offending subcontractor, and offered to pay to replace the plant. I declined payment as the echinops wasn’t dead, just mangled. But I did ask that if they were going to need to do any digging in my yard during this project that they let me know in advance so that I could get my plants out of the way.

“Yes, absolutely, we’ll give you some notice if we have to. You have a fire hydrant so we might have to replace it,” he said

“Whoa, it was just replaced a few years ago—it can’t need to be replaced yet!”

Hmm, that was a bit disconcerting, but I reassured myself that a) fire hydrants last for decades and once they saw that it was essentially brand new they’d move on and b) the project liaison officer assured me that they’d give me notice if they did have to dig—and the last city crew had  been incredibly respectful and careful of my garden. Everything would be fine.

The project work started in earnest and our street became a mud and dust bowl, filled with the sounds of jackhammering and large trucks from sun up to sundown. We had no pavement, and big trenches were continually being dug and refilled. I noticed that an old fire hydrant down the street was replaced, but there was no action around ours.

Then one day I was working in my office at the back of the house and the banging and clanging on the street seemed to all be occurring right in front of our house. I went to the window for a look and then rapidly moved onto the front porch to see if I was actually seeing what I thought I was—yup, there was a heavy sling around our fire hydrant and it was being lifted into the air! 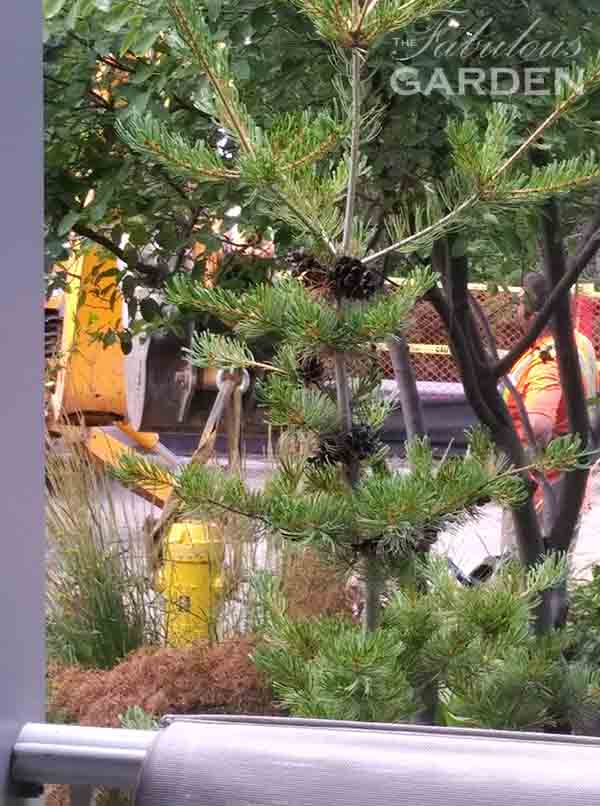 I strained to see how much of my garden they’d destroyed to accomplish that, but couldn’t get a good look from the porch. I skittered onto the neighbour’s lawn (there was too much heavy equipment and deep excavation to safely get onto the street) and shrieked only a little—the damage was contained to a small area but where the hydrant had been there was now a hole about 18” x 18” wide by 8’ deep, coming off of a big deep trench on the street!

“Where are my plants?” I asked the construction guy, trying to remain polite.

“Don’t worry, it’s all fine” was the gruff response. 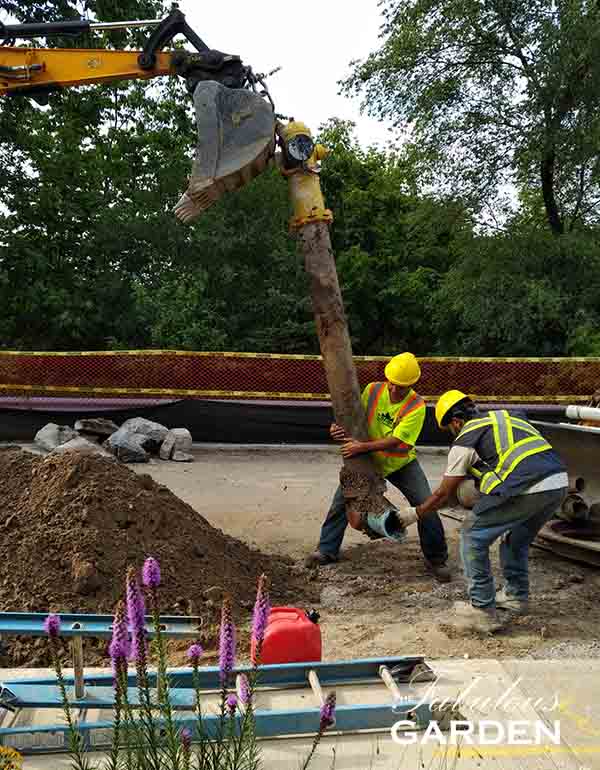 It wasn’t fine, but as I was figuring out what to say next I realized that the workers down in the 8’ trench were guiding the fire hydrant back to reconnect it, but, oddly, they were standing a few feet to the west of my yard. And then I realized. The connection to the new water line was actually in my neighbour’s yard—the fire hydrant was no longer going to be in my garden!

I was so delighted I decided not to make a fuss about the plants that had been sacrificed. (Rest in peace, sedum, calamint, and tulips.)

My neighbour also heard all the commotion and came out onto his lawn to see what was going on. He’s a gardener too, so he wasn’t all that thrilled to now have the yellow beast of a hydrant in his garden. The construction workers saw his face, pointed at me and said “She paid us $5,000 to move it!”  Hah, if I’d know there was a chance of getting that thing moved I would’ve paid them, or at least baked them cookies. But I thought that fire hydrants never moved.

So I was sorry that my gardening neighbour now has to contend with the hydrant—we did ask but the workers couldn’t be convinced to move it to the yard of the non-gardening neighbour on the other side of us—but yippee! I no longer have a fire hydrant in my garden! 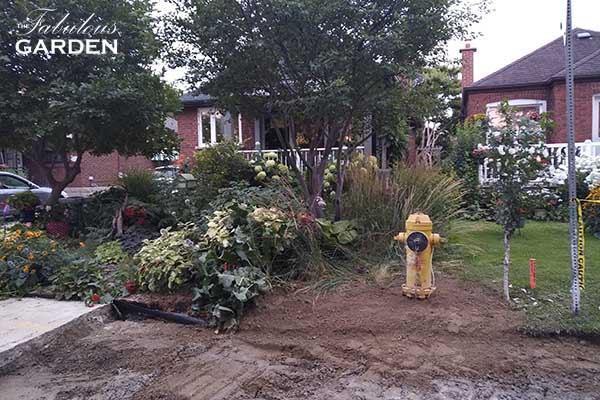 ← How to Choose the Best Garden TrowelHow to Grow Zucchini →