Large planters provide room for lots of creativity, and add more impact to a garden than you can achieve through a collection of small pots, when planted up well. I’ve gardened a pair of large planters for a client for more than a decade, and had an idea that I’d like a substantial pot of my own at the front corner of our yard, both for summer plantings and for winter/holiday arrangements.

I knew I wanted a planter that I could leave filled and outside all year round, so I couldn’t buy a ceramic or terra cotta planter, as they would crack. Concrete would work but transporting it home would be challenging. Cast iron is a good option for year round planting, but all of the large cast iron planters I could find were shaped like traditional urns, and that wasn’t really the look I wanted. I focused my shopping on heavy duty plastic pots that were rated to last through Canadian winters.

And that’s what I found–a very large plastic pot in a grey colour that coordinated with the stucco on the front of our house: 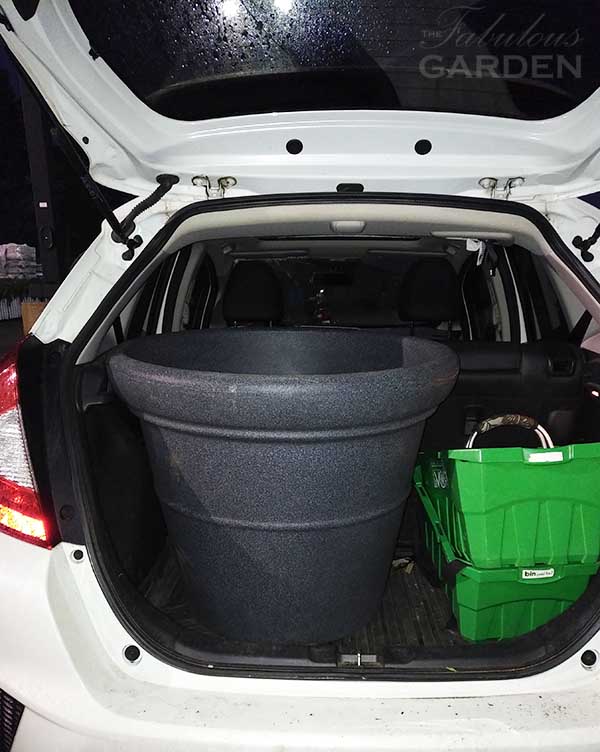 The first thing to ensure with any pot you’re going to plant into is that it has drainage. It’s even more important with a big pot, as you can’t just tip it over after a big rain. The plnater I purchased didn’t have holes in the bottom, but it did have indentations and markings as to where holes should be drilled: 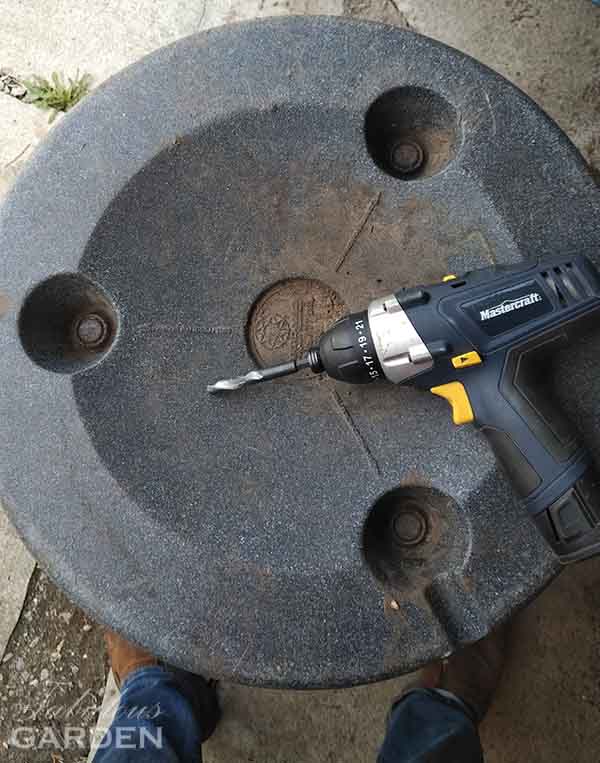 I used my largest standard drill bit to begin with: 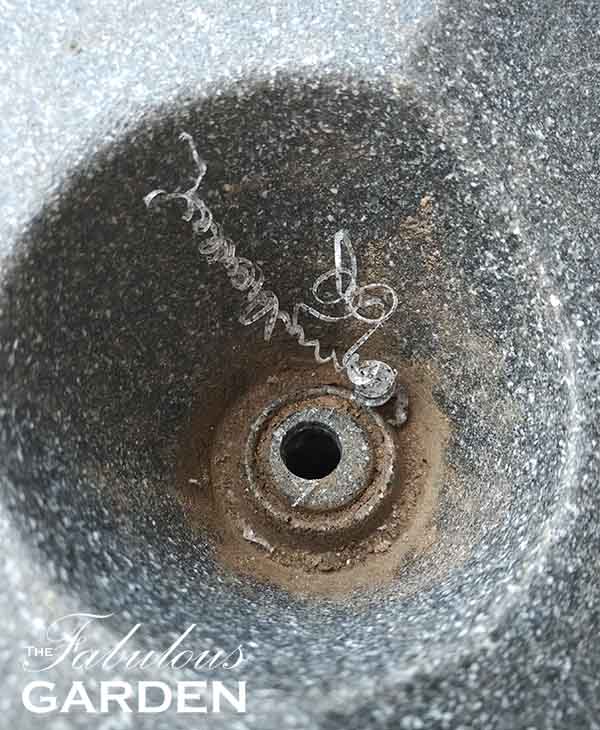 Then switched to a bigger bit, once the pilot holes were in. The point of drainage holes is to allow excess water to drain. Little holes on a pot of this size would be better than nothing, as water would drain eventually, but not ideal. Bigger holes, proportional to the size of the pot, and the amount of water likely to land in it in a big storm, are better for draining out excess water in a timely manner. 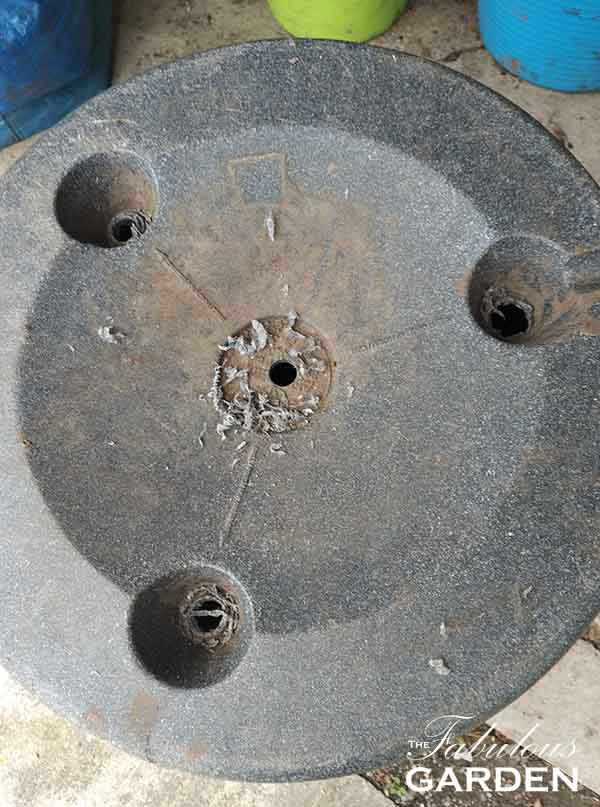 This might be a little unusual, but I knew that I wanted to light my holiday arrangements with strings of Christmas lights, so I decided to run an outdoor extension cord up through one of the drainage holes so that I’d have an outlet where I needed it, at the top of the pot. 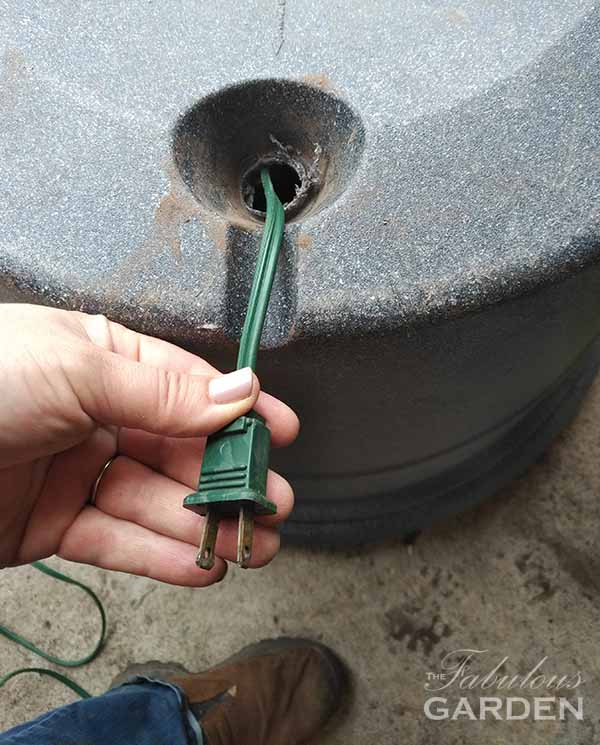 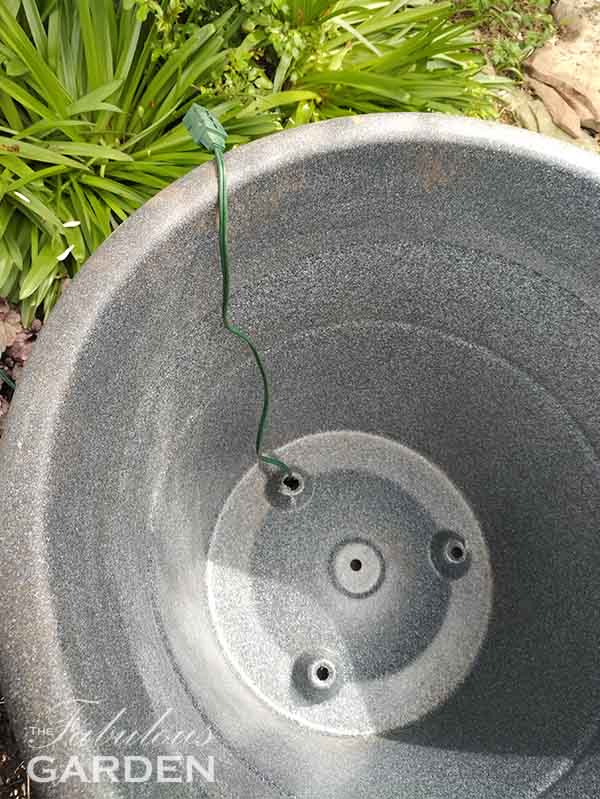 The cord is coiled up at the base of the pot during the summer months, and then gets attached to an extension cord connected to a power supply in November.

If this pot were going to go on a balcony or rooftop garden the weight of that much soil, especially when wet, might be a concern. In those cases, I would consider filling the bottom half to two thirds of the pots with styrofoam, empty water or pop bottles with the lids on, or any other lightweight and bulky material that won’t compact.

My situation was different; my pot would be exposed to high winds so I needed to anchor it. I’ve had large pots topple over previously when the large leaved plants in them acted like sails in the wind, and it’s not a good happening. Extra weight would also be a deterrent for anyone who might think of stealing my pot (large pots are not inexpensive, and this one would be sitting right beside the road).

My solution was to half fill my planter with broken chunks of concrete, salvaged from a neighbour’s renovation project. Rocks or bricks or even a bag of gravel would have worked. 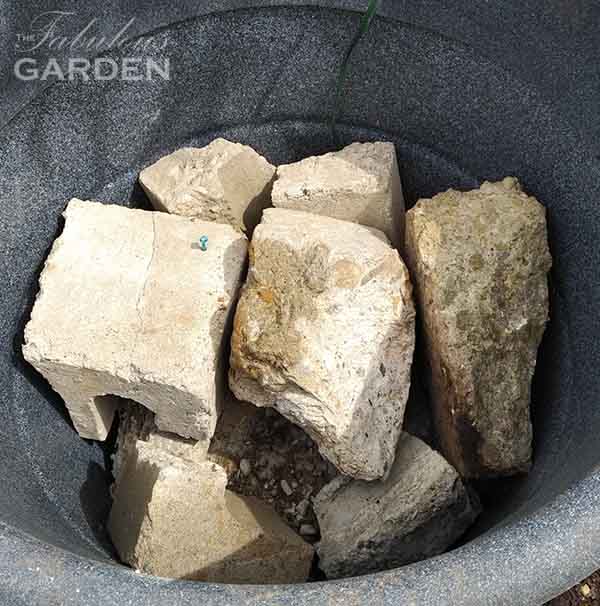 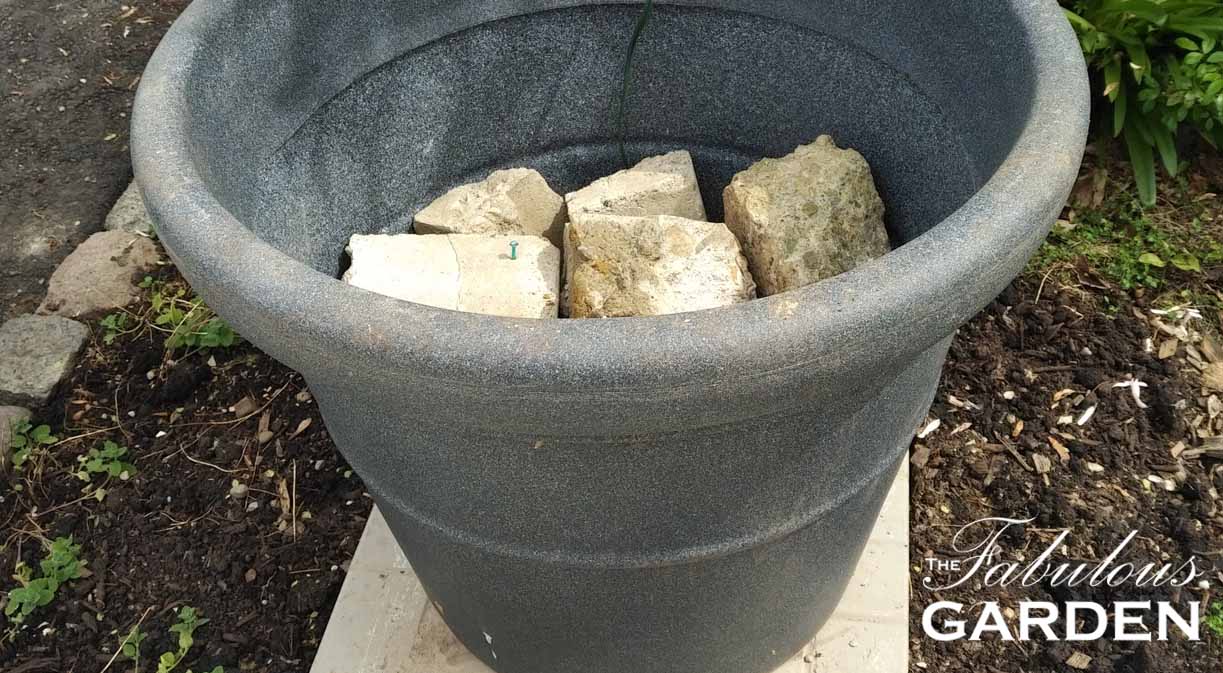 This planter is not moving! While it’s better to have more soil for roots to spread out in than less, I am not planning on growing a tree in this pot permanently, just plants that will be in the pot for one growing season. This pot is so big that I still had plenty of room for a substantial volume of soil, even with the cement blocks. But do ensure that you have enough soil for your particular plant’s growing needs when deciding how much of your planter to fill up with material other than soil.

The pot was then filled up with bagged potting soil (you can read here why you need to use potting soil and not just top soil or garden soil), with some gravel mixed in for drainage. 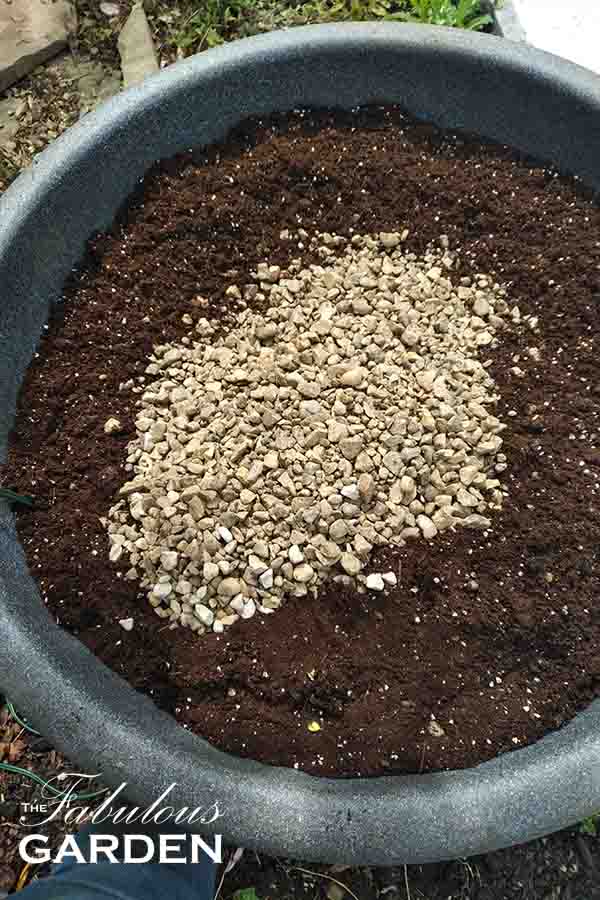 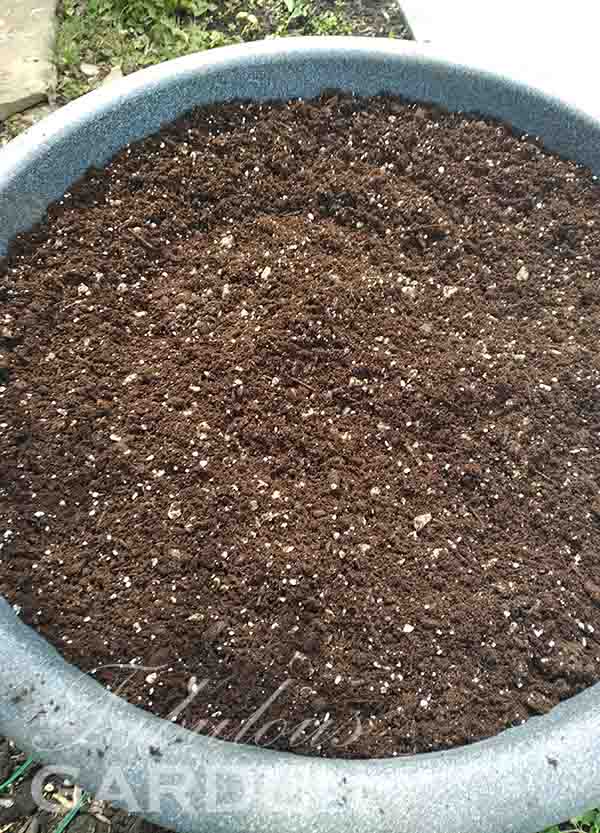