First off, why would you need to change the blade on your secateurs? And the answer is if the blade has been damaged to the point that just sharpening it or cleaning it won’t solve the problem. If you do those two things regularly, and only use your secateurs to cut the things they were designed to cut (i.e. branches and stems), you may never need to change the blade. And that’s the argument of gardeners who choose to buy good quality secateurs that don’t have replaceable blades, like these nifty ones from Corona.*

That makes sense, but I also know that’s not the world I live in. This is what the blade on my much loved Fiskars Power-Lever Bypass Loppers* looked like when I pulled them out of the shed last spring: 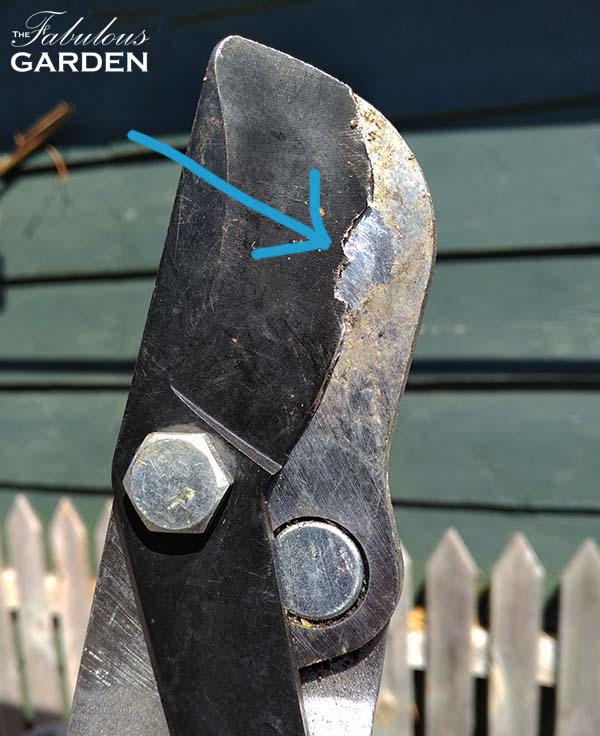 The other adult in the house had used them. For something. I still don’t understand exactly how this carnage happened. Thankfully, Fiskars sent me a replacement blade and I’m back to being able to cut substantial branches without much effort.

Why I had to change the blade on my secateurs

The reason I had to replace the blade on my secateurs had nothing to do with the other adult in the house; it was the result of me following some bad advice from the internet.  When I first started sharpening my secateurs I used to sharpen the beveled side of the blade, like you’re supposed to, but then I also would run the flat side of the blade over the sharpening stone a couple times “to take off the edge.” This is a really bad thing to do, but it’s what the tutorials I found on the internet told me to do.

What happens when you “sharpen” the flat side of the blade is that you eventually create a gap between the surface of the blade and the anvil part of the secateur that it’s supposed to cut against. When they don’t meet tightly they no longer cut cleanly, but instead crush and chew. Not only does this make pruning physically harder, it’s also bad for the plants you’ve mangled.

I didn’t even realize this was the problem with my secateurs–I knew they weren’t cutting perfectly but I thought maybe I just hadn’t sharpened them enough–until my garden mentor tried to use them one day as he was teaching me to prune something (probably roses.) He took a look at the chewed off plant stem, squinted at the blade for a second, and then asked what the heck I’d done to my secateurs (except he didn’t use the word heck.) I promptly received a personalized lesson on how to sharpen secateurs properly.

Lesson learned, but the damage was already done. Thankfully, replacement blades* are available for my secateurs*: 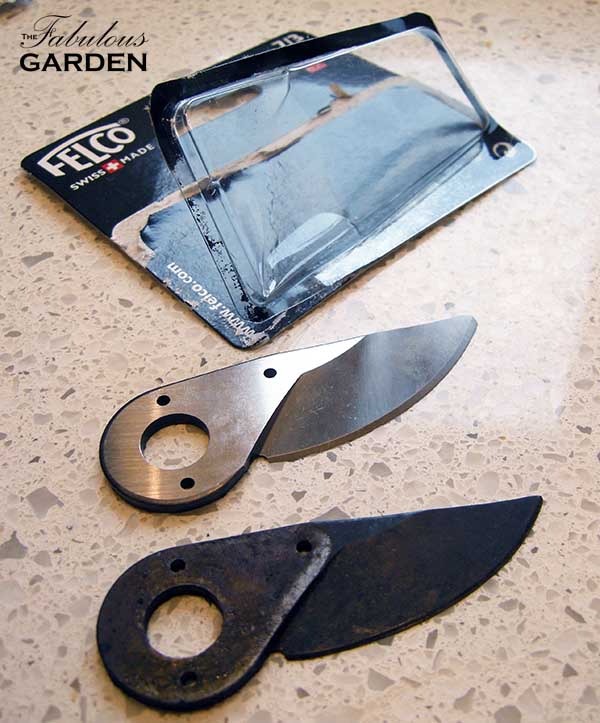 Other reasons blades get damaged

The old blade also had some rust on it, which also isn’t a good thing. It hadn’t progressed so far that it couldn’t be cleaned off, but advanced rust is another reason that blades sometimes need to be changed.

I would guess that the most common reason that a blade gets damaged to the point that it needs to be changed is because the secateurs are used for cutting wire or other materials that they were never intended to. Secateurs are for plants only; there are other tools in the toolbox to use for household repairs.

Although manufacturers of some secateurs, including Felco, have made a concession to the reality that people will usually use the tool that’s in their hand, rather than go and get another, more appropriate one. If you look closely at the very base of the blade there’s a little notch:

That notch is where you’re meant to cut wire or anything that’s not a plant, without damaging the cutting edge of the rest of the blade! Handy to know when you’re out in the garden (or in the midst of making a holiday wreath) and there’s a bit of wire that needs to be snipped.

How to change out a blade

Replacing the blade was really easy. I first made sure I had the right size of replacement blade. 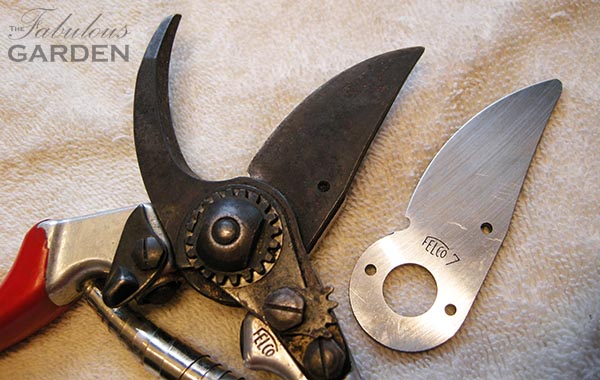 Then I laid an old towel down on the counter and disassembled my secateurs–I used a little adjustable wrench and flat screwdriver and just kept undoing screws until it was in pieces. 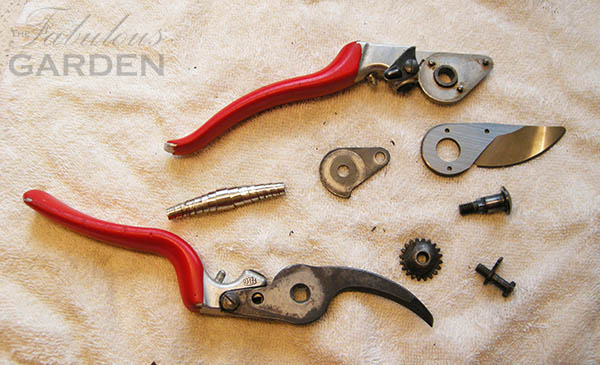 While I had the secateurs apart, I cleaned all the parts, but I’m not going to show that here as I’ve explained how to clean your secateurs in another post.

Then I snapped the new blade into place, and put all the pieces back together the way they’d been before (note, it’s always a good idea to take a “before” photo, so you can refer back to it–when the pieces are scattered about individually, it’s not immediately evident how they should fit back together.) 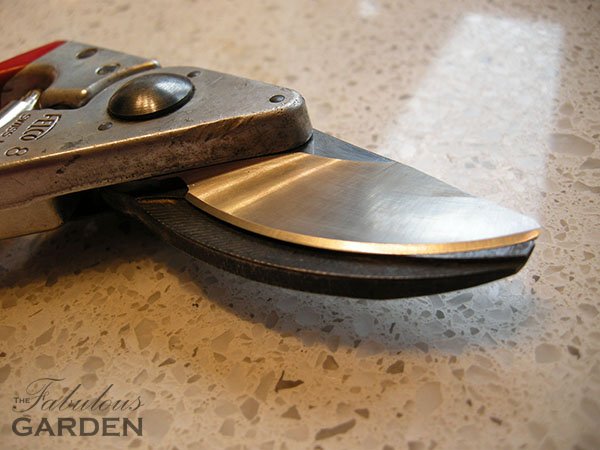 Changing the blade itself takes about 2 minutes, plus time to clean the secateurs (and how long that takes depends on how much polishing you need to do.)

← How to clean secateursHow to Grow Cat Grass Economically and Easily →