I like to try one or two different varieties of tomatoes every year. In 2017 I had a short growing season as my tomatoes were hit with disease, so in 2018 I thought I should try a hybrid, as they tend to be more disease resistant than heirloom tomatoes, which is what I usually grow. I bought one plant from my local nursery and my expectations soared as it set fruit early and was the second beefstake type tomato in my garden to ripen (a “Mortgage Lifter” beat it by a few days). The flavour was ok but it didn’t produce—I think I harvested three medium sized tomatoes off of it the entire season. 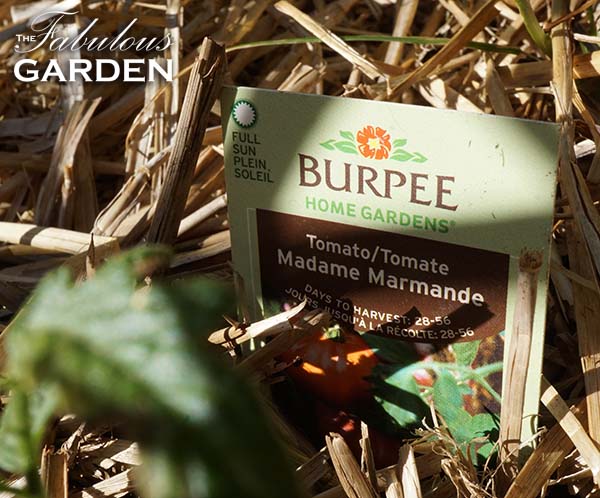 Meanwhile, the Mennonite Orange and Mortgage Lifters each provided at least 8 large tomatoes (and likely more, but I don’t want to exaggerate when I didn’t keep precise count). Madame Marmande wasn’t worth the garden space she took up.

“Yellow Pear” Tomatoes Have Been Replaced

I was pretty pleased with the tomato “Yellow Pear,” a pear-shaped cherry tomato, when I first grew it a few years ago. It had decent flavour, was a bright colour and unusual shape (nice when making a salad) and was a heavy producer—the vines just kept growing, and growing, with more and more tomatoes on them. But then I started growing “Sungold*” tomatoes and “Yellow Pear” just didn’t seem as appealing. “Sungold” are delicious. Next to them, “Yellow Pear” are flavourless. I grew two plants of each this year and I admit that I just stopped bothering to pick the “Yellow Pear” tomatoes by the end of the summer. 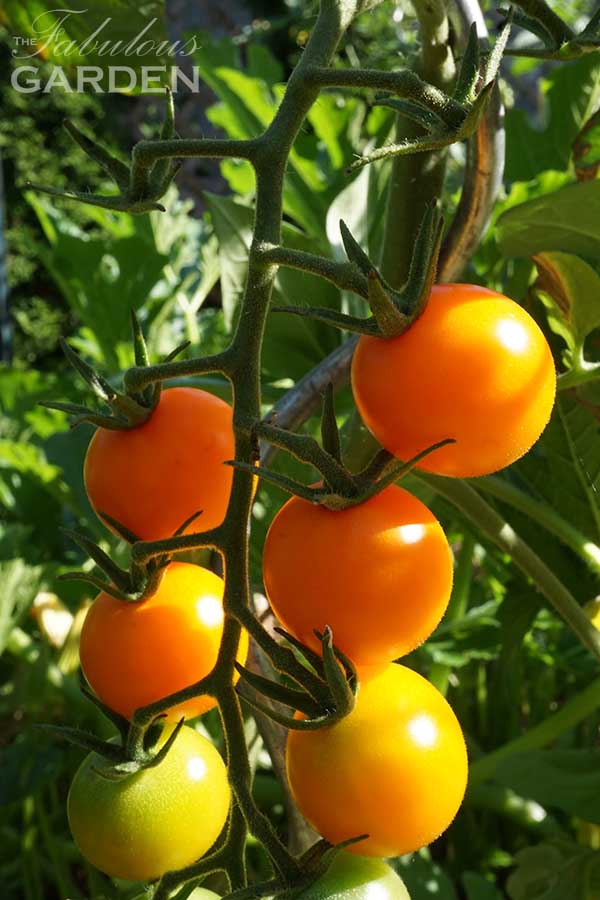 “Sungold” will be my choice for a cherry tomato from now on.

Every spring, for more than ten years, I’ve either bought basil seedlings or grown them from seed myself. I put them in the garden, tend to them, and they grow beautifully. I look at them and think “I really should harvest those leaves and make pesto,” but don’t have the time at the moment, so I pinch off the emerging flowers to try to prolong their leafy state, and the next time I turn around they’re even bigger and I still don’t have time to make pesto. I have made pesto twice, and froze it in little ice cube trays, and it was good. But it took an awful lot of leaves and I go through a lot of pesto—and a quite delicious variety comes in big jars at the warehouse store I shop at. I need to finally admit that while I could make pesto, there are other things I’d rather do with my time. The space I give over to basil plants in the garden would be better used for other things I use fully, like garlic or tomatoes.

This is an especially tough lesson for me to learn when it comes to Thai basil—I love Thai food and the leaves of this little seedling in the nursery just beg to come home and make their way into a Thai dish. But despite the fact that I do cook Thai food sometimes, and I’ve bought three or four of these plants over the years, I don’t think I’ve ever used a leaf of Thai basil in my kitchen. I grow the plants, smell the leaves, and that’s the end of it. 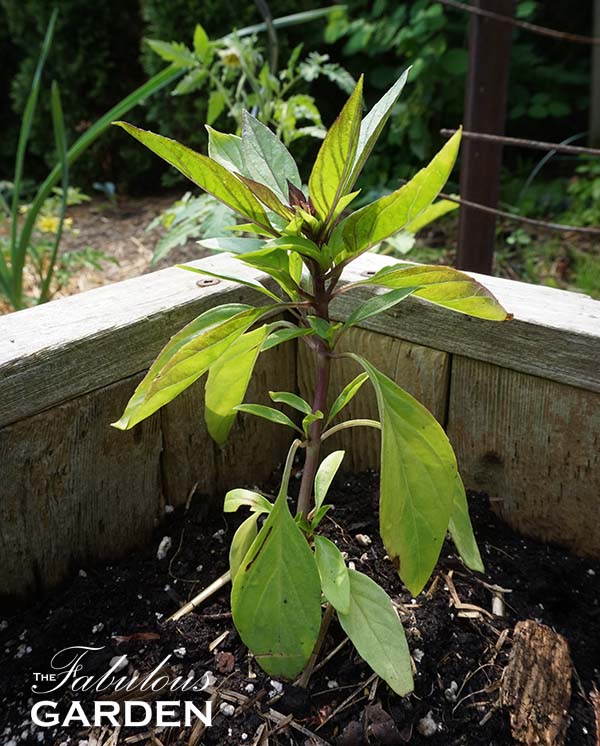 The weigelia in the back garden (likely “Wine and Roses”) needs to come out. 2018 seems to have been a rough year for weigelia in general, but looking at this not-so-ornamental ornamental shrub taking up space in corner of the back garden that gets direct sunlight for 8 or more hours a day, made me realize that I really want to rip it out and plant a small fruit tree. 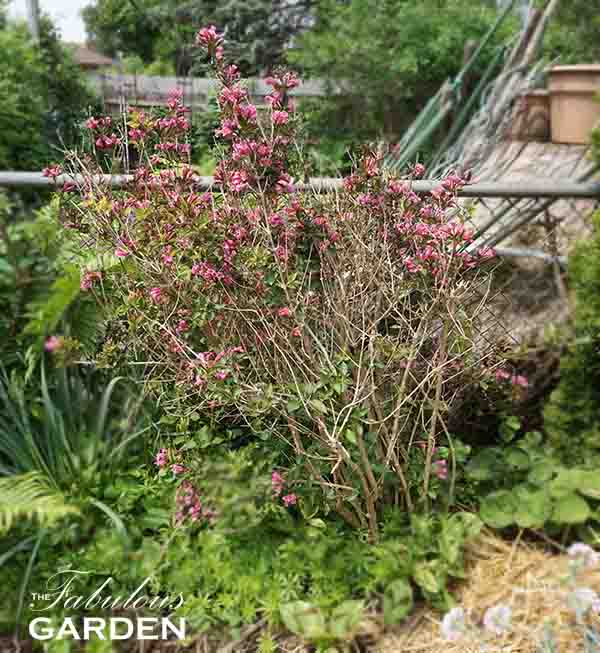 I read a great book, Grow a Little Fruit Tree*, this year and it inspired me with what I could grow in a small space as long as it gets lots of direct sun. No one but me, and the very occasional invited visitor sees this corner of the garden. Why am I trying to hide the chain link fence with a sparsely blooming weigelia when I could grow something productive that will likely end up looking just as nice?

Come spring, this weigelia is gone and a small fruit tree–which will stay small–is going in in its place.

Sadness in the Garden

The saddest hole a gardener will ever dig is the one in which they bury the ashes of a pet. We lost both of our beloved cats, Buckley and Cranberry, within hours of each other, in September. They were family to us and losing them both was heartbreaking. 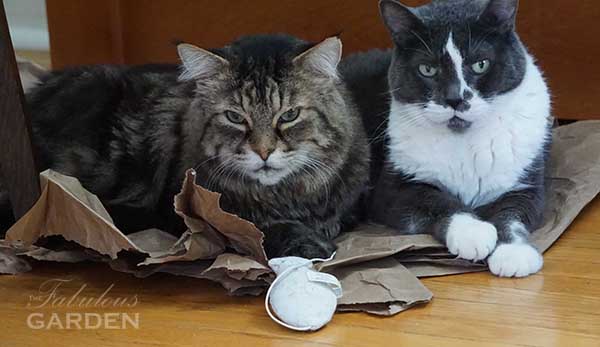 Most of the time, digging a hole in the garden is full of expectation and happiness—you’re planting something new that will (hopefully) grow. But that wasn’t the case with this hole. I cried, a lot, as I dug. I placed them underneath the smaller Heptacodium tree in the back, next to where I buried our other cats, Spice (a few years ago,) and Pepper (the year following). They weren’t outdoor cats (well, Buckley had been a stray, but he decided he was retired from outside as soon as we took him in) but I will remember them with great love as I sit on our back patio and enjoy the shade of the Heptacodium. Losing these two furry friends was the hardest part of 2018 for me.

I Gave Peas a Chance

Planting a long row of peas in April was a great idea. Very few of them made it indoors, but I thoroughly enjoyed snacking on them, shells and all, throughout the late spring and early summer. Now if I could just remember which variety I grew… 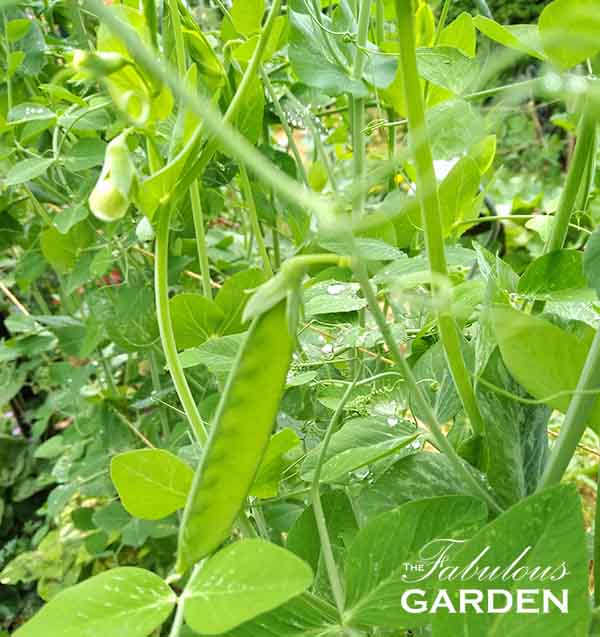 ← How to make a winter planter arrangementPlant Profile: Globe Thistle →