Earlier this year I heard many, many stories of people raising monarch butterflies by hand, in order to help shore up their declining numbers. Well, it looks like everyone in the Toronto area took good care of their caterpillars because this weekend I had more monarchs in my backyard than ever before. They’re difficult to count at the best of times–besides being small, they have that butterfly habit of flitting about–but even more so because they were about 20′ (6m) off the ground. I’m sure there were at least thirty of them on Saturday morning! 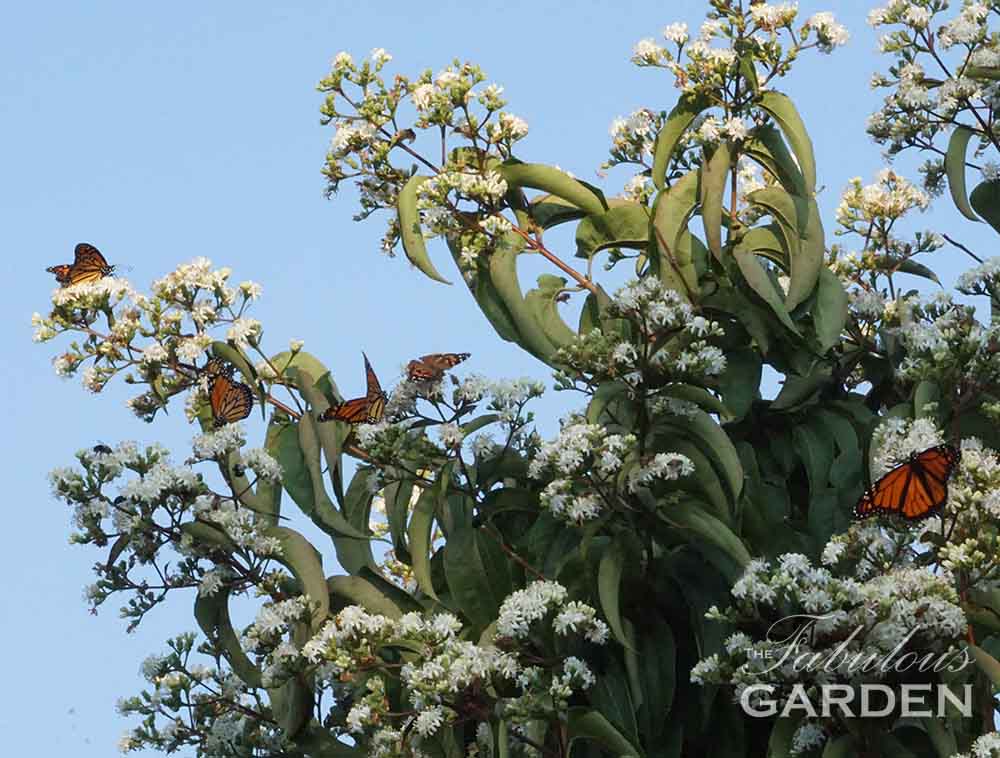 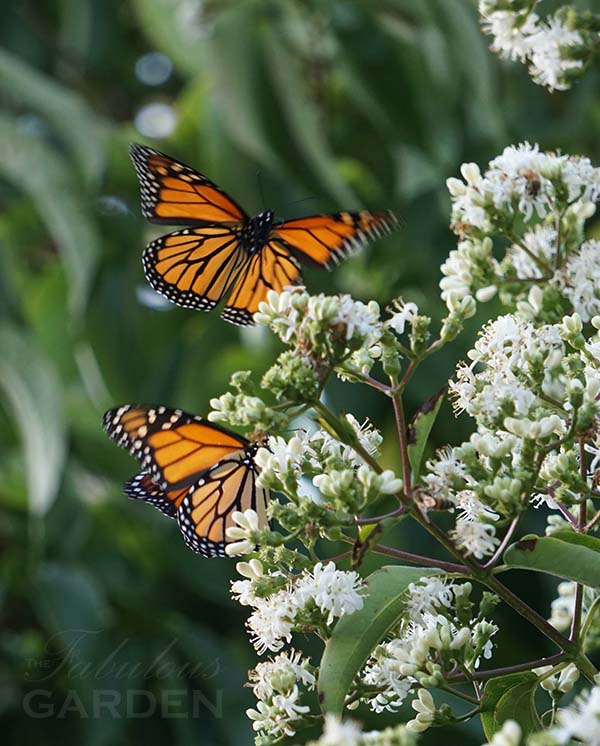 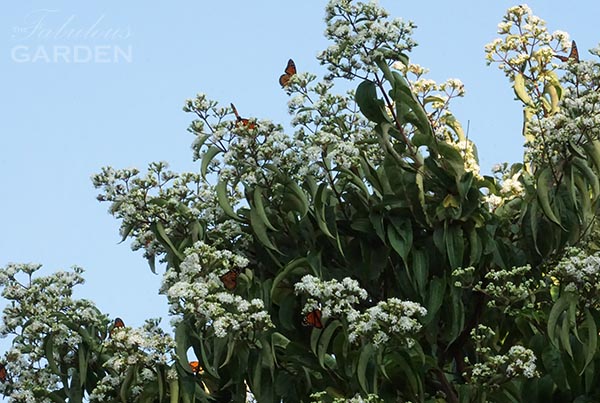 I have a short video a little further down the page, so you can see them in action.

But first I have to point out that the monarch butterflies weren’t the only pollinators in these blooms–they were joined by other types of butterflies and many bees of different types. 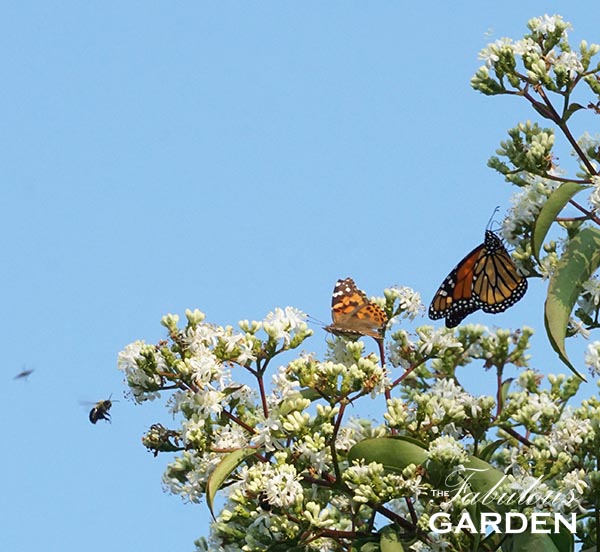 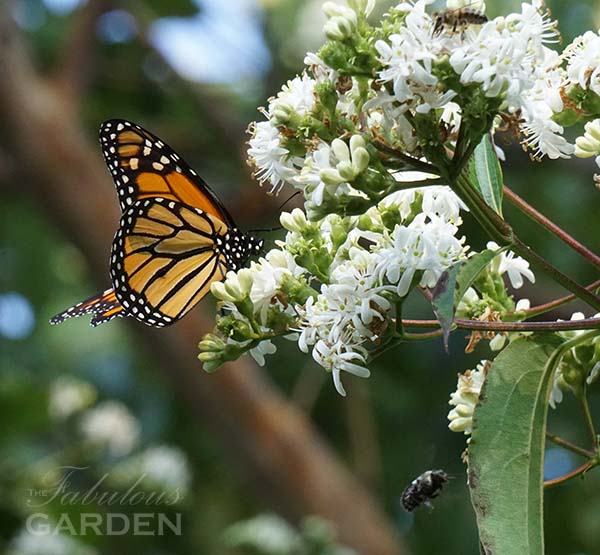 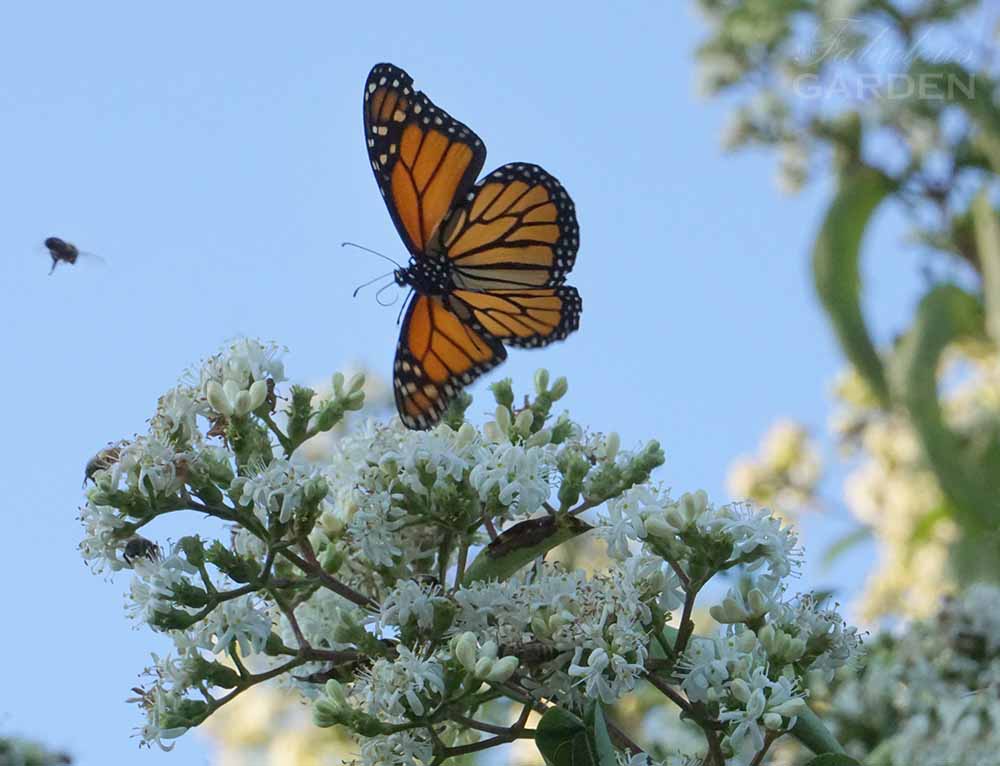 At times it seemed like there was a lineup to get at the flowers!

And what caused such excitement among all these pollinators?  Heptacodium miconioides. That’s a tree, native to China, that produces prolific white blooms in September.  The common name for it is “Seven Sons Tree”. I’ve had this one for more than a decade. When I first brought it home, it easily fit on the back seat of the little car I owned at the time. The tag at the nursery said it would likely grow to be about 9′ (almost 3m). I figured that was about the size of a fully grown lilac shrub, so planted it in a spot where it would fit quite nicely, once fully grown… 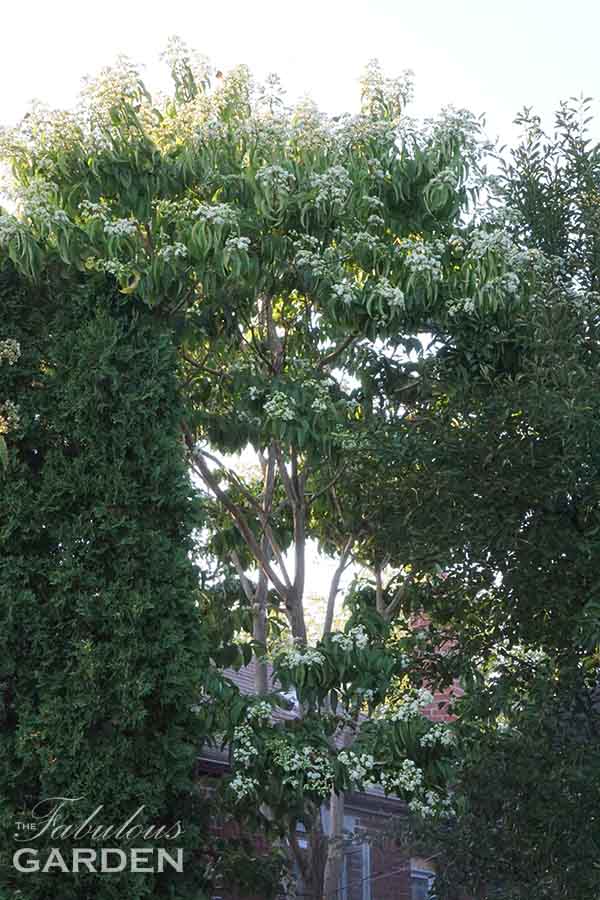 It’s now well over 20′ (6m). As it grew. And grew. I did some reading and learned that Heptacodium had only recently been reintroduced into North America (it was “discovered” in the 1800’s but then lost) and nurseries, at the time, really didn’t have a good handle on how big it was going to get.

Even though it’s a lot more tree than I bargained for, it’s still one of my favourites (in fact, I planted another one two years ago). Not only does it bloom in September–unusual for a tree and, as mentioned, much appreciated by pollinators–once the blooms fall off, the bracts (little leaves at the base of each flower) that are left behind are berry red, making the tree look like it’s blooming all over again, but this time in pink! As if that wasn’t enough, it also has really interesting, peeling bark: 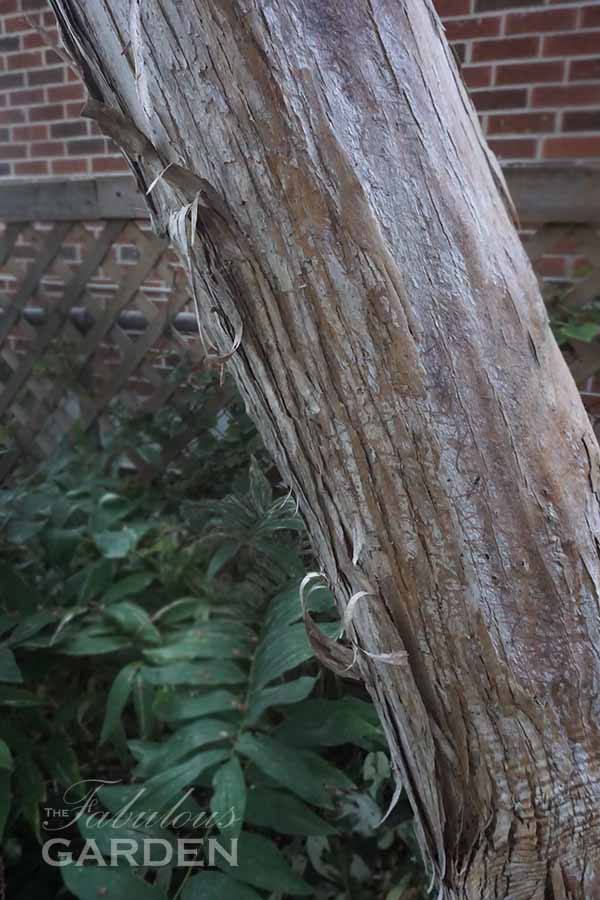 And then, you get butterflies! Watch the video to see them in action:

Isn’t that neat? I spent a lot of time on the weekend watching all the action in that tree, and days later, it’s still going on. It looks like the monarchs will be staying until all the blooms have opened, and then they’ll need to move along to find another food source.

As long as they’re around, I’ll continue to enjoy them. And take more photos… 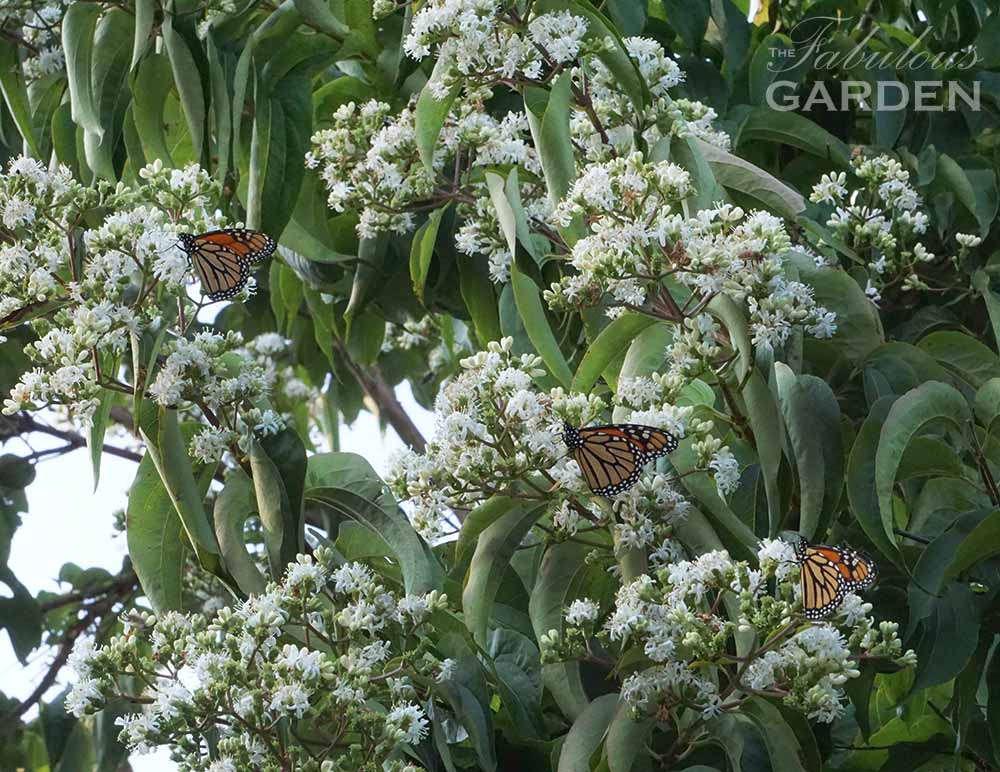 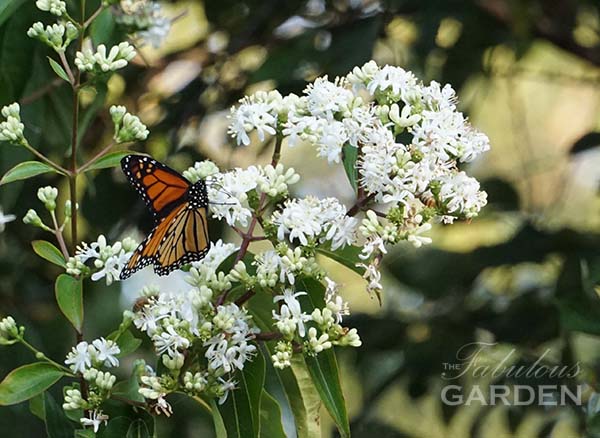 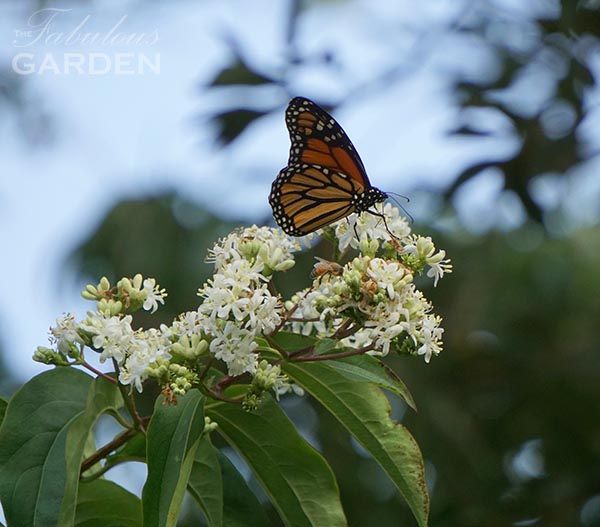