When you create arrangements with evergreens and twigs you inevitably need to cut some of the pieces shorter, This leaves a fresh, often bright white, cut at the top of what remains of the stem.

This photo probably doesn’t do it justice, but if you saw this cedar branch in person your eye wouldn’t first go to the green cedar leaves, but would instead be drawn to the bright bullseye of the fresh cut. 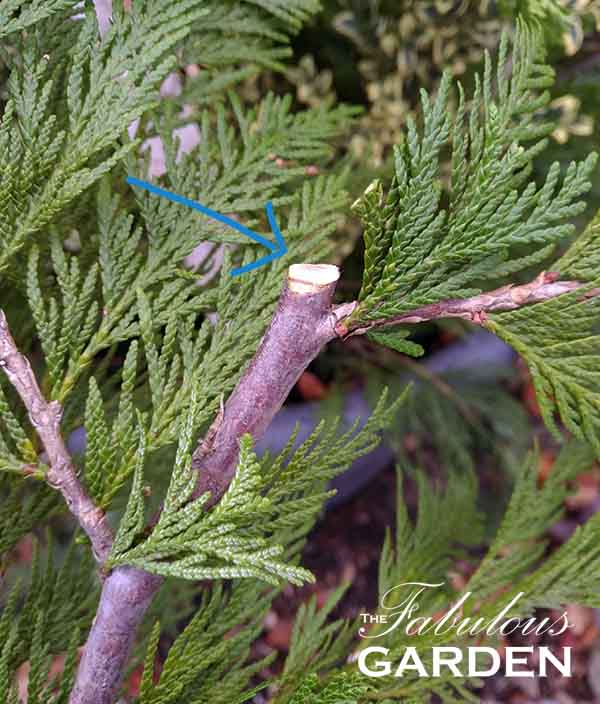 A tip I learned from one of the floral design lectures I attended is to take a little bit of dirt and rub it on the fresh cut, or rub the cut end of the stem itself into the ground. 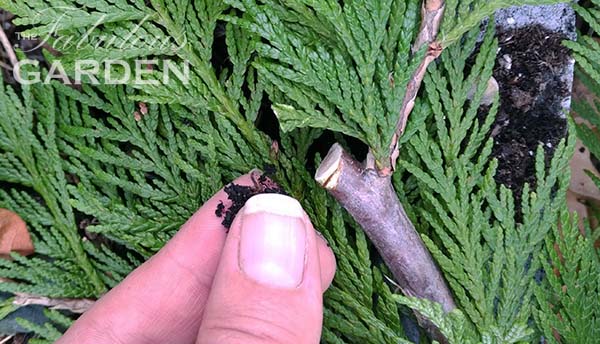 This little smudge of dirt blends the cut end in with the rest of the branch or stem, allowing you to use that bottom piece of greenery without having to try to hide the cut end behind or under something else. 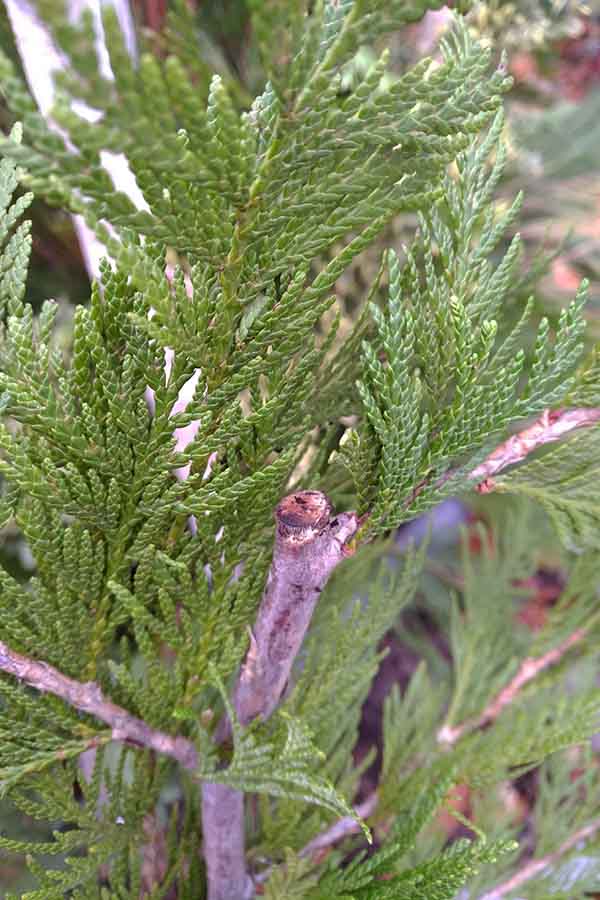 This doesn’t just work well for cedar or pine, but also for dogwood or birch branches. In fact, it’s very handy if you’ve bought (or scrounged) a long skinny piece of white birch and have then sawed it into two or three shorter pieces and want to mute the freshly cut ends. It’s a simple tip but it works!