The earliest bulb to bloom in my garden each spring is Winter Aconite (Eranthis hyemalis). It’s bright yellow buds poke up through the soil as the witchhazels are still blooming. 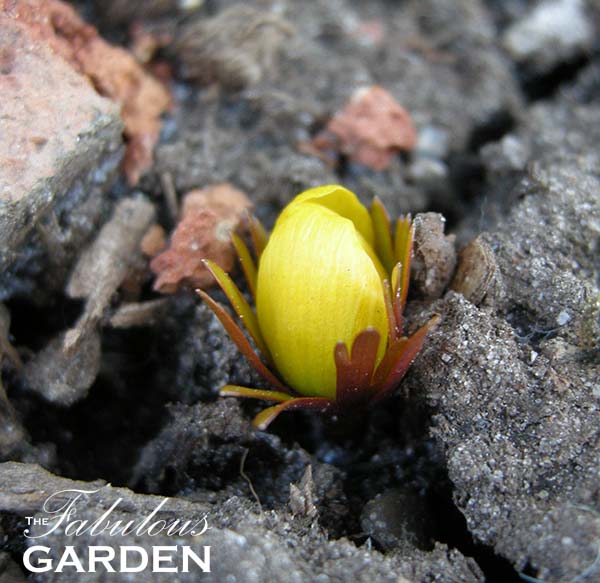 It pops up so early, in fact, that in my garden it usually gets snowed on, and, in some cases, encased in ice. 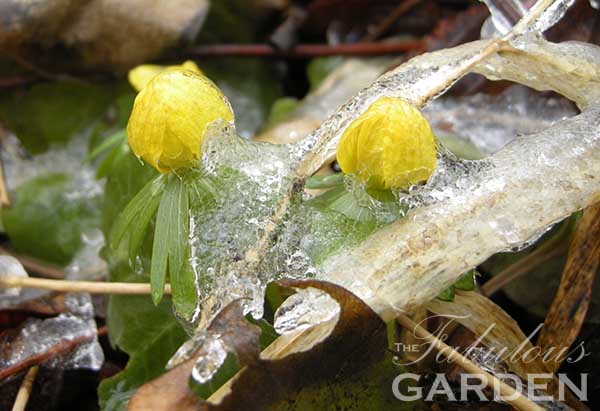 But that doesn’t seem to slow it down. Once the snow and ice melt it just carries on, looking just as lovely as it did before.

Because it is such an early bloomer, it is a popular source of food for pollinators at a time when little else is in bloom. 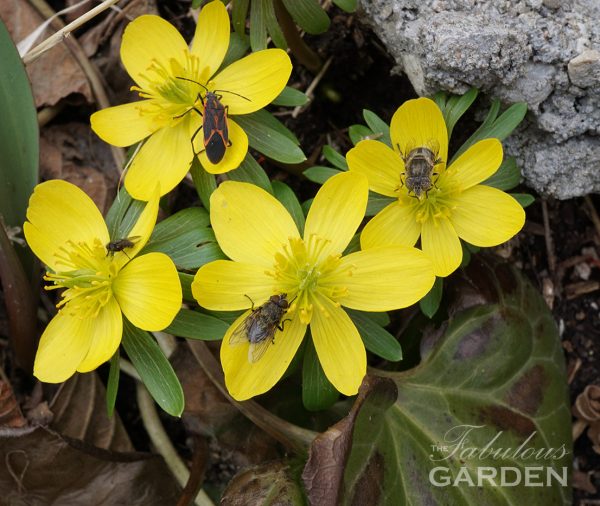 Winter aconite is quite a small plant, growing to only a few inches high, so you do have to be on the lookout to see it, especially in the early years when you are likely to only have a handful of plants. It does naturalize (i.e. reproduce itself and spread) through seeds, over time. One source suggests that it takes three years from the time a seed is planted until the plant is mature enough to produce flowers.

While I’ve seen photos of large patches of winter aconite in bloom, my own plants are still fairly sparse–possibly because I have so many other plants that there isn’t a lot of open ground for seed to sprout in!

Normally, you would grow this plant from small, hard, rounded tubers (bulbs) that are planted in the fall. I’ve read that you can improve your chance of success by soaking the winter aconite tubers in water overnight before planting. I didn’t do that when I planted mine (I didn’t know it was recommended) and some did grow, but I don’t believe they all germinated.

Winter aconite grows in full sun to light shade. At the time that it’s most actively growing most trees haven’t yet leafed out, so you can pop some tubers in just about anywhere. My understanding is that they’re hardy from zones 4 to 9.

The plants go dormant (i.e. disappear) for all intents and purposes by summer, but they do like to be in ground that stays relatively evenly moist. You wouldn’t want to put them in a bog garden, but they wouldn’t do very well in a really dry spot either.

Once you have winter aconite growing in your garden, you might wish to harvest the seeds and plant them where you’d like them to grow, rather than leave them to disperse themselves. The only trick to this is watch for the seed heads to ripen. 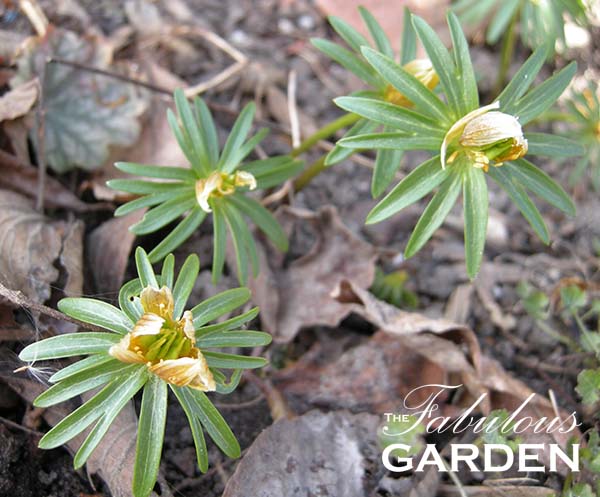 The petals fall off completely and the seed heads swell: 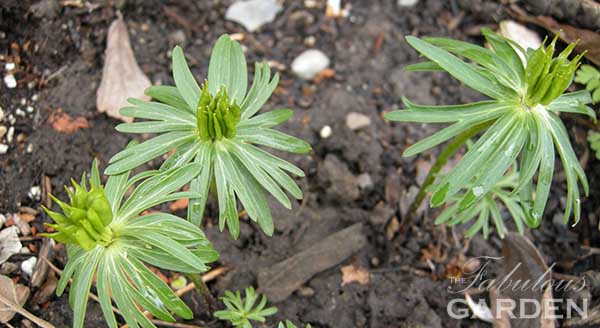 This is the point to start monitoring them, as the next stage, when the seed heads brown, is the time to pick the seeds. You wouldn’t want to pick them while they’re still green, as the seeds might not yet be fully formed. Wait until they’ve dried out a bit and the green has left them. Then pick them and plant where you’d like, or store them somewhere dry and dark until you’re ready to plant them.

A Great Bulb for the Early Spring Garden

I love having winter aconite in my garden because I they bloom so early and because I favour yellow and orange flowers in the early spring–it’s the shot of colour my winter-weary brain needs. I’ll be picking up some more tubers to plant this fall. I’m sure that next spring I will be glad I did!