Witchhazel (Hamamelis x intermedia) is the very first thing to bloom in my garden. I knew this shrub had a reputation as an early bloomer but I was shocked my first spring to see exactly how early. Here in my Toronto garden I usually see flowers near the end of February. This year was no exception, with blooms starting to appear the last week of February and coming into full bloom this week. 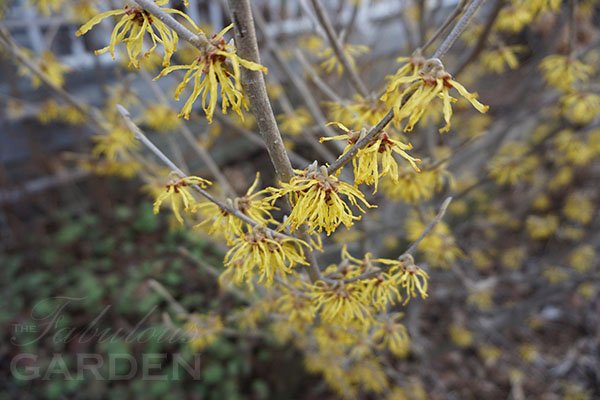 Witchhazel flowers are quite small and resemble a miniature floor mop more than what one might traditionally think of as a flower. 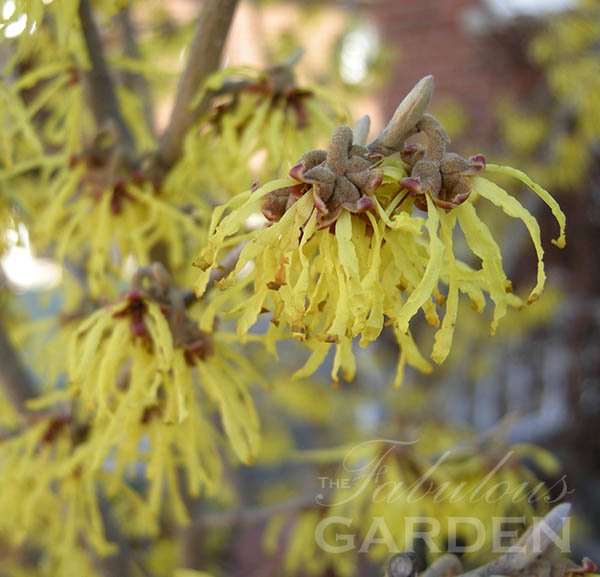 To make the most of these blooms, and the startlingly early time they appear, plant it in a location where it will be backlit by late afternoon (or early morning) sun—it will glow! I didn’t realize this when I planted the one in my front yard, and, as a consequence, very few passerby even notice it’s there. But that’s ok, as I can the blooms from where I have my morning coffee, and catch the backlit glow each time I leave and enter the house. 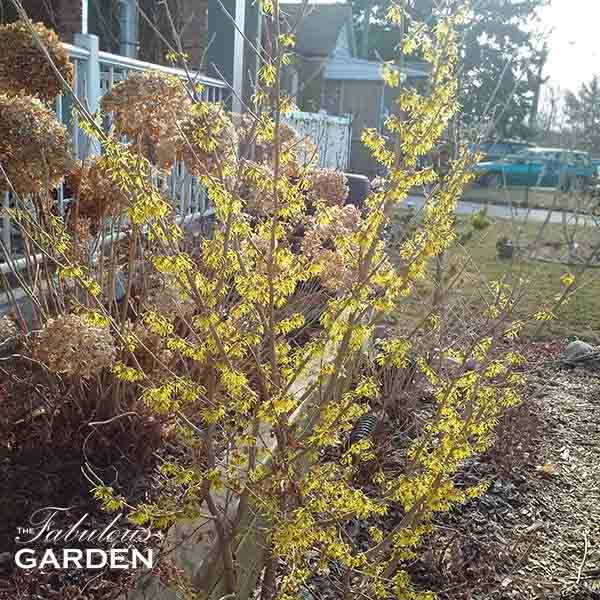 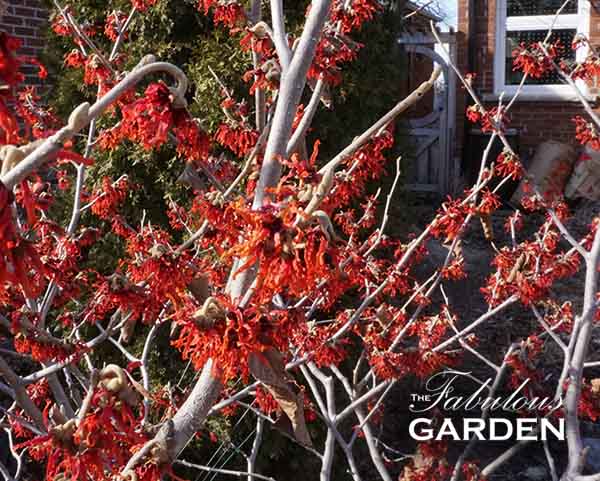 While the blooms aren’t large they are hardy—I’ve seen them completely encased in ice or covered in snow one day and then show no signs of damage when the weather warms a few days later. 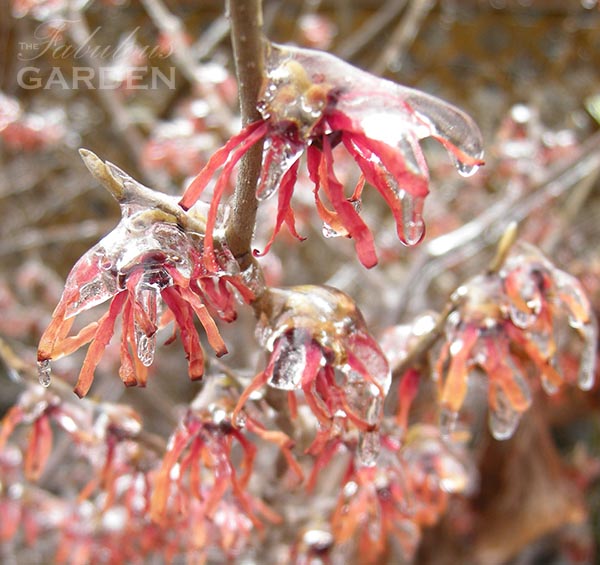 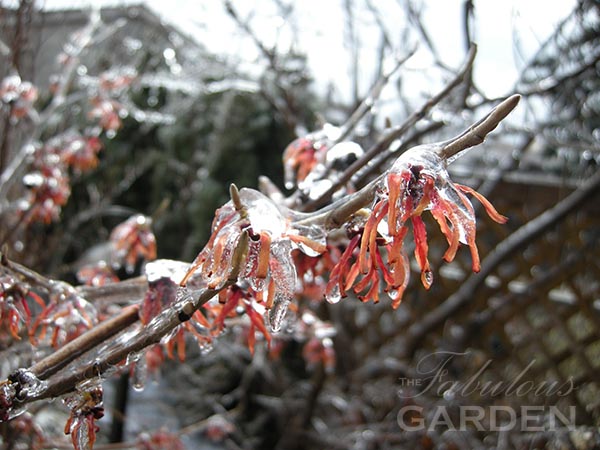 Witchhazels are a great source of food for very early emerging bees and other pollinators. Long before I think any critters are or should be buzzing I always find a few enjoying the witchhazel blooms!

Witchhazels are generally hardy in zones 5 to 8. Plant them in a spot with full sun to partial shade. I understand that they like well drained soil, but not extremely dry conditions (so plant them where they’ll get adequate water but won’t have to sit with their feet wet for long periods).

Witchhazels bloom on old wood—that means that the parts of the stems that grew last year won’t have flowers on them until next spring. The flowers currently blooming are on stems that grew two summers ago and prior. Keep this in mind when you’re pruning—cutting back severely this year will mean fewer blooms next spring and the spring thereafter. Sometimes that’s necessary for the long term appearance and health of the plant, but just be aware that it will impact the show of flowers for the short term.

I keep the witchhazel in my front yard pruned flat to keep it from obstructing a main pathway through the garden. Left to its own devices it would be quite a large shrub. I take my secateurs to it every year after the blooms have finished but before it leafs out, so that I can clearly see its structure and shape as I prune. 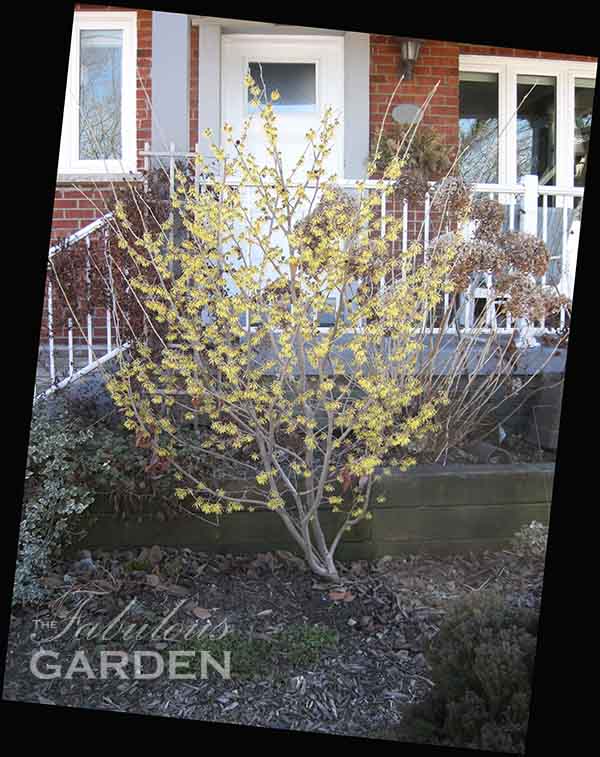 The witchhazel in the back yard isn’t in such a confined space, so I usually prune it lightly every couple years, just to manage its shape. 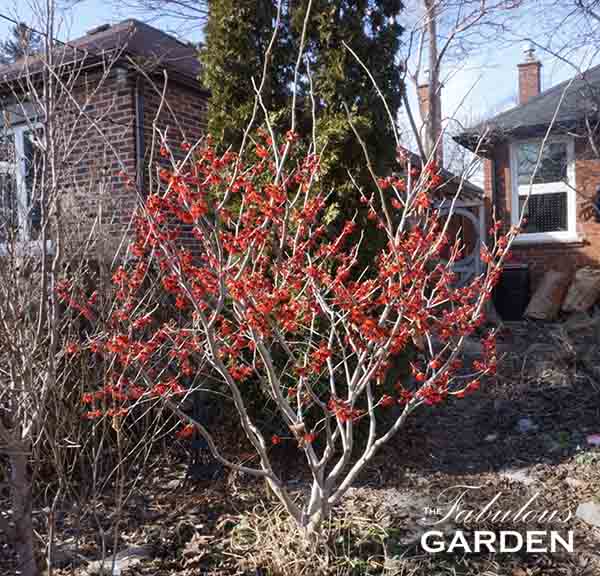 It’s Not That Kind of Hazel

There are some varieties of witchhazel (Hamamelis Virginia) that bloom in the fall. I’m not terribly interested in growing those as I understand you can’t really see the blooms amongst the fall colours of the plant’s leaves.