My friend’s garden hose sprung a leak just before I was to house sit for her. No problem, I thought, I’ll fix it for her while she’s gone. The process is the same as for replacing the end of a hose, which I’ve done before. 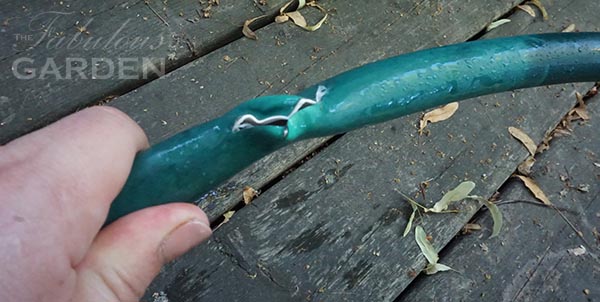 My first challenge came at the hardware store, where they were sold out of 5/8″ hose repair kits (they just had the smaller 1/2″ kits, which would’ve been too small for the hose I was working on).

However, the friendly store associate sold me a 5/8″ male and female coupling (i.e. two pieces that match up to accomplish the same thing as the one piece repair kit), and kindly discounted it to match the price of the kit.

For this repair, this is the equipment I lined up: 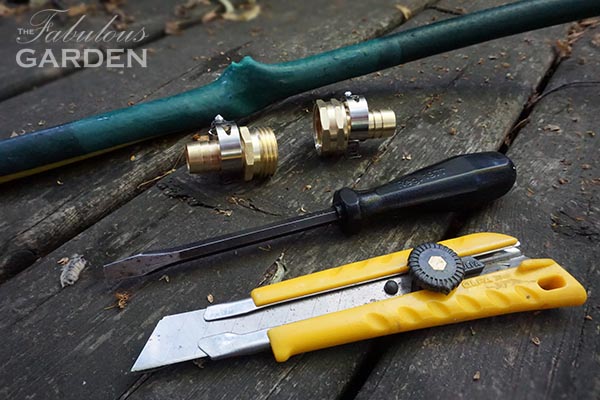 The first thing I did was to slice out the damaged section of hose: 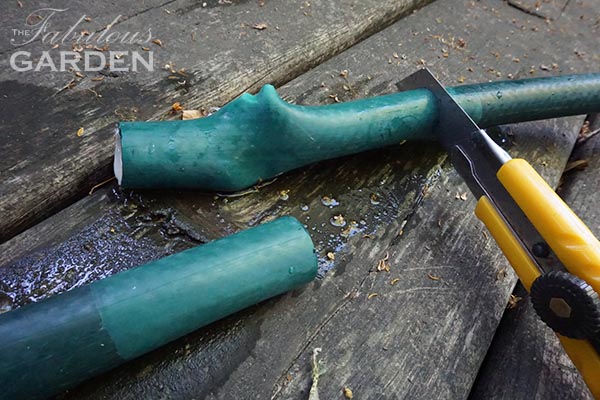 Then I slid the clamp for one end of the hose connector over the hose, and prepared to insert the brass fitting: 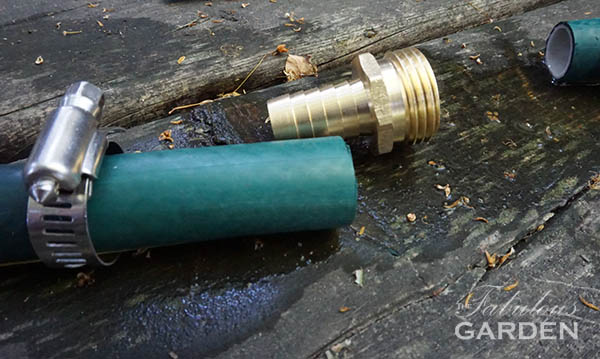 Once the brass fitting was in (note: this can take some muscle), I slid the clamp up near the fitting and used the screwdriver to tighten the clamp: 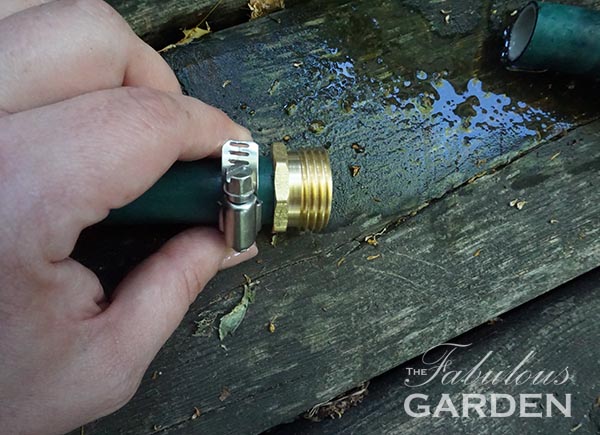 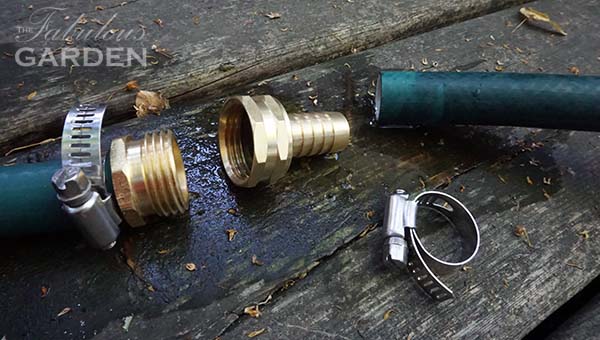 Then I screwed the two couplings together and slid the clamp onto the second section of hose. I inserted the coupling into the hose and used a screwdriver to tighten the clamp: 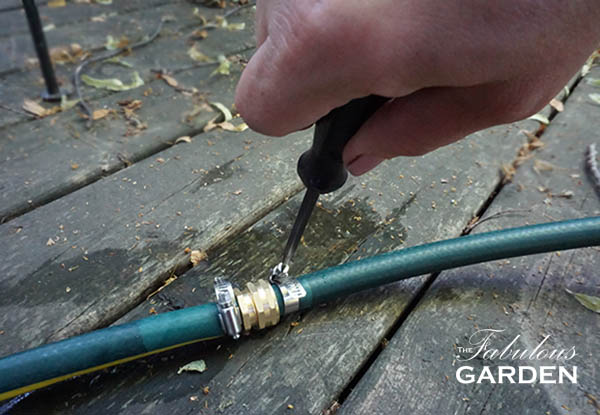 I turned the water on to test my work, and that’s where I ran into my second challenge with this project; the new connection leaked almost as badly as before I’d “fixed” it.

That wasn’t supposed to happen. And it didn’t happen when I replaced the end on my hose previously.

I tried tightening the screws on the clamps a bit more, but that didn’t help. I went home and thought about it, and then came back with some Teflon plumber’s tape*, intending to take the couplings out of the hose, wrap them with the Teflon tape, and then repeat the steps above. However, I couldn’t get the couplings out of the hose–they were firmly embedded in there. I thought about cutting the hose off the couplings, but that would’ve made the hose even shorter.

What eventually worked, was to use a pair of vice grips* to tighten the screws on the clamps even further. (So when in doubt, use more muscle.)

In hindsight, if I had it to do all over again, I would have wrapped the hose side of the couplings with the Teflon tape to start with. This would’ve helped make a better seal. I believe the reason I ran into the problem with this hose, and didn’t run into it on my previous hose repair, is that this was a thinner walled hose (probably “light” duty, whereas mine was “heavy” duty). There just wasn’t as much hose material to clamp down on and form a seal.

Anyhow, eventually I ended up with a repair that didn’t leak: 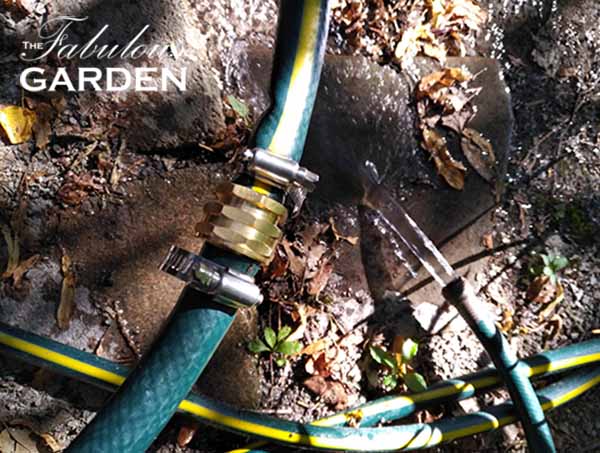 And that’s the long way to repair a leaking hose.

← Not So Ornamental KaleSaving the Seeds of Night Blooming Primrose →