I don’t like the taste of kale very much, but I do like it as an ornamental plant in my garden. Some of my friends love eating kale (yet we’re still friends) so they help me keep the size of my plants in check.

I’ve never had a problem growing kale—it likes sun, tolerates spring and fall cold snaps, and isn’t liable to curl up and die from a little bit of drought (not to say it doesn’t grow better with reasonable amounts of water). The variety I usually grow is Lacinato, also known as Black or Dinosaur kale. Why do I grow this variety? Even though I don’t really like to eat it, I’ve read that this is the tastiest variety. If I’m going to grow kale and give it away, I might as well grow the good stuff!

This year I put a few plants in near my back patio, and then several more in the main vegetable bed next to tomatohenge. 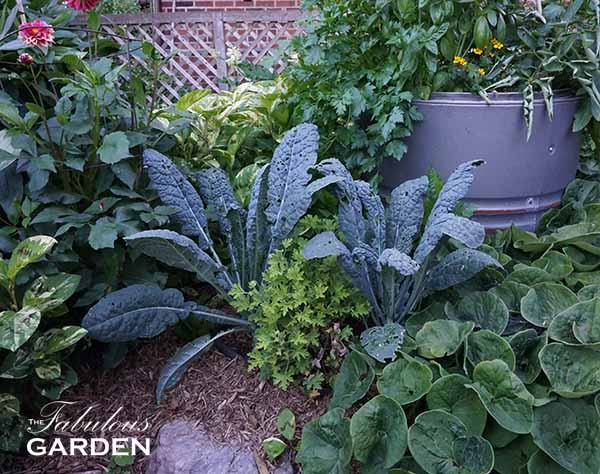 A month or so ago I noticed some holes in the kale plants near the back patio. Inspecting closely, I found the culprit to be a blue green worm, about an inch long, sitting on top of one of the leaves. I squished him, didn’t see any others on the tops of the leaves, and figured I’d solved the problem. Those particular kale leaves wouldn’t be great to give away to friends (they like organic, but holey would probably be pushing it), but I figured the plant would grow more.

I didn’t really pay much attention to the kale, except to see that it was still standing. Then, last week, I happened to take a closer look. at it This was the state of my ornamental kale: 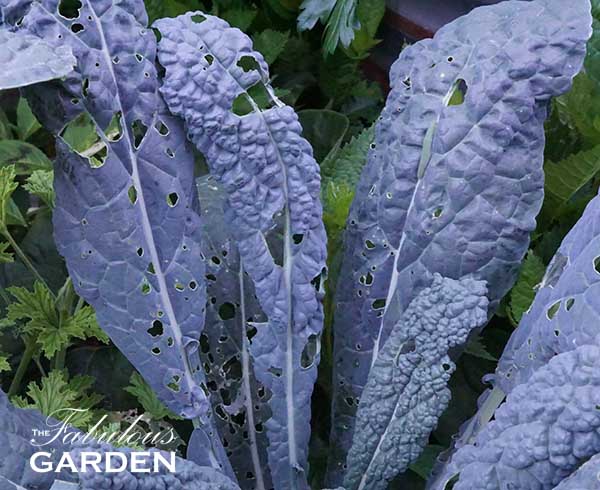 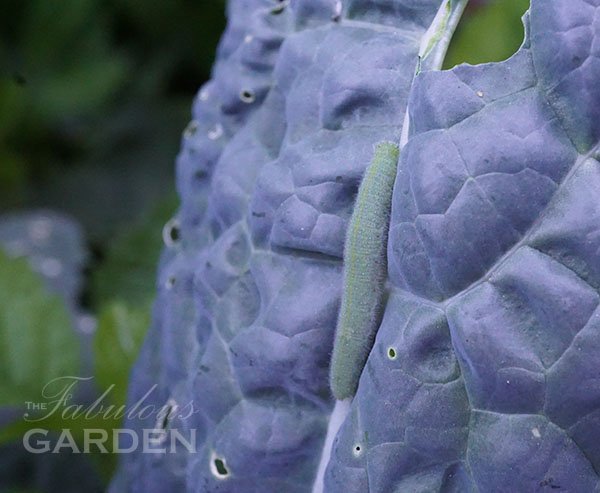 Not so ornamental. Close inspection revealed a couple dozen of those blue green worms on the top AND UNDERSIDE of the leaves. Some of them were so small they squished when I touched them, others were big enough to leave a smudge on the patio stones.

Lesson: if you see a blue green worm on your kale, it’s likely not alone. Look on the underside of the leaves as well as the top. And keep checking—if you have one, more will likely hatch. 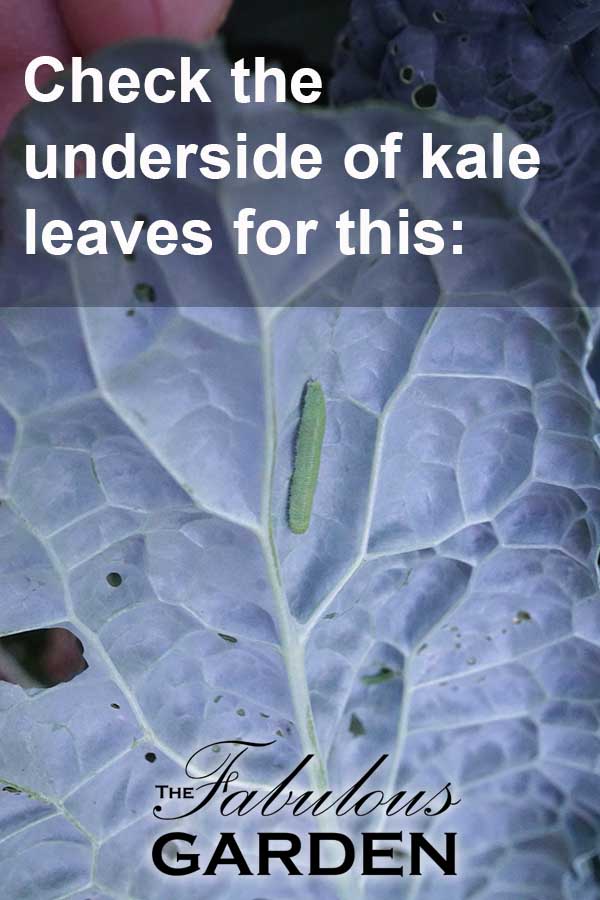 Google showed me that these blue green worms were cabbage worms (pieris rapae), the offspring of the white moths that have been pleasantly flitting around my garden. They like to eat all brassicas (i.e. plants in the cabbage family). 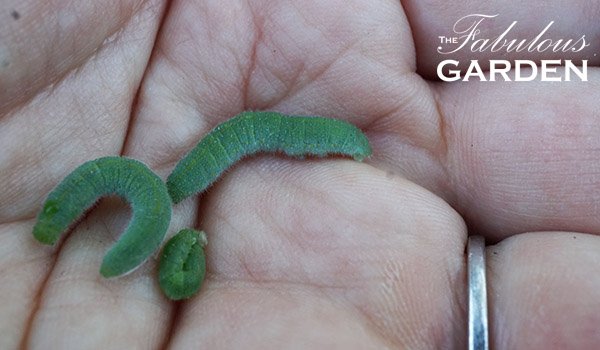 My method of controlling these critters is going to be hand picking and squishing. If I’m not successful in putting an end to their destruction, I will just compost my kale plants (they’re pretty, but not irreplaceable with something else that’s less likely to become infested). If you actually like kale (say, the way I love tomatoes. Although I really can’t understand how that would be possible…) and really want to grow it, the other methods of control are to grow it under floating row covers (thin fabric, like Agribon*, which has been designed to let air, light and rain in, but keep insect pests out. The row covers should be placed over the plants before cabbage moths appear, in order to prevent them from laying their eggs on your kale.) or to spray it with bacillus thuringiensis*, also known as BT, which is a naturally occurring bacteria found in soil (i.e. it’s considered to be organic and safe for organic gardening).

In the meantime, I’m going to try not to look at my lacey kale. And  a word to my kale loving friends–you may have to go to the farmer’s market for your supply this year.