“What do I plant in the shady areas of my garden?” is one of questions I’m asked most frequently. All plants need light, water and soil in order to grow, but the amount of each varies from plant to plant. Plants that tolerate less light are often called shade plants, although shade-tolerant plants is probably the more correct term. 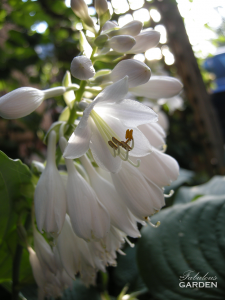 The flowers on hostas can be quite beautiful.

Often lack of light isn’t the only challenge gardener’s face—the soil under trees is usually quite dry as the tree canopy directs water away from the base of the tree and the tree itself, especially if it’s a decent size tree, drinks all of the water it can get out of the ground. Gardeners dealing with this situation need plants that can tolerate what’s known as dry shade.

When it comes to perennial plants for shady areas of the garden, most people know that hostas are good, but aren’t sure what to get beyond that. With there being thousands of hosta cultivars, ranging in size from mini to giant, and colours along the whole green and white spectrum, there are a lot to choose from. And the flowers can be quite beautiful. But I certainly understand that a gardener can’t live on hosta alone!

Here are a few of the less overused shade plants I usually recommend to my friends: 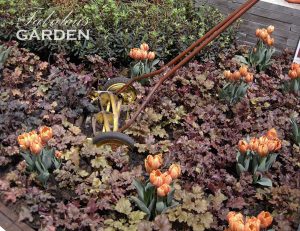 Heuchera, which goes by the common name of Coral Bells and similar plants (Tiarella, Heucherella—which is actually a cross of Heuchera and Tiarella) is one of my absolute favourite plants. The last few years breeders have created hundreds of new varieties—colours range from bright lime green to golden  to burgundy and a purple so dark it’s almost black—and they’re growing in popularity. Heuchera are normally prized more for their foliage than for their delicate flowers, although some of the flower spikes can be quite pretty. There is some variation in plant size among the different types of Heuchera, but most end up being about 12” wide by 8” high. They need very little maintenance—pull off the dead leaves in spring and push the crown of the plant back down into the soil if it has heaved with winter’s frost.

Persicaria ‘Painters Palette’ is a little used perennial with interesting leaves—they’re green with white and burgundy markings—and they are show-stoppers when surrounded by other, more muted shade-loving plants. Late in the summer they send out thin arching shoots, dotted with tiny red flowers that turn into seeds. Those seeds do spread and grow—every spring I compost hundreds of tiny Persicarias—but they are easily removed. For me, the beauty of this plant outweighs the work of weeding out unwanted seedlings, but I never share a piece of Persicaria with a friend without giving them a warning on its prolific tendencies. It seems to do well in dry conditions. 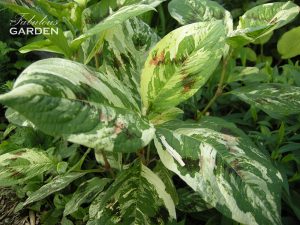 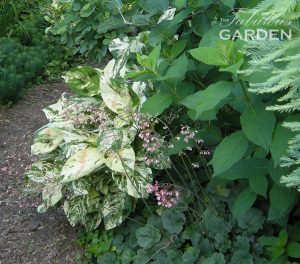 Persicaria glows in this photo, next to a green form of heuchera. Note the pretty pink blooms on the heuchera.

Wild Ginger isn’t the kind of ginger you eat but is a lovely ground cover. There are two types I’m familiar with—Canadian  Wild Ginger (Asarum canadense) and European Wild Ginger (Asarum europaeum)—both have green heart shaped leaves but the Canadian variety are larger and somewhat furry while the European variety has smaller, glossy leaves. 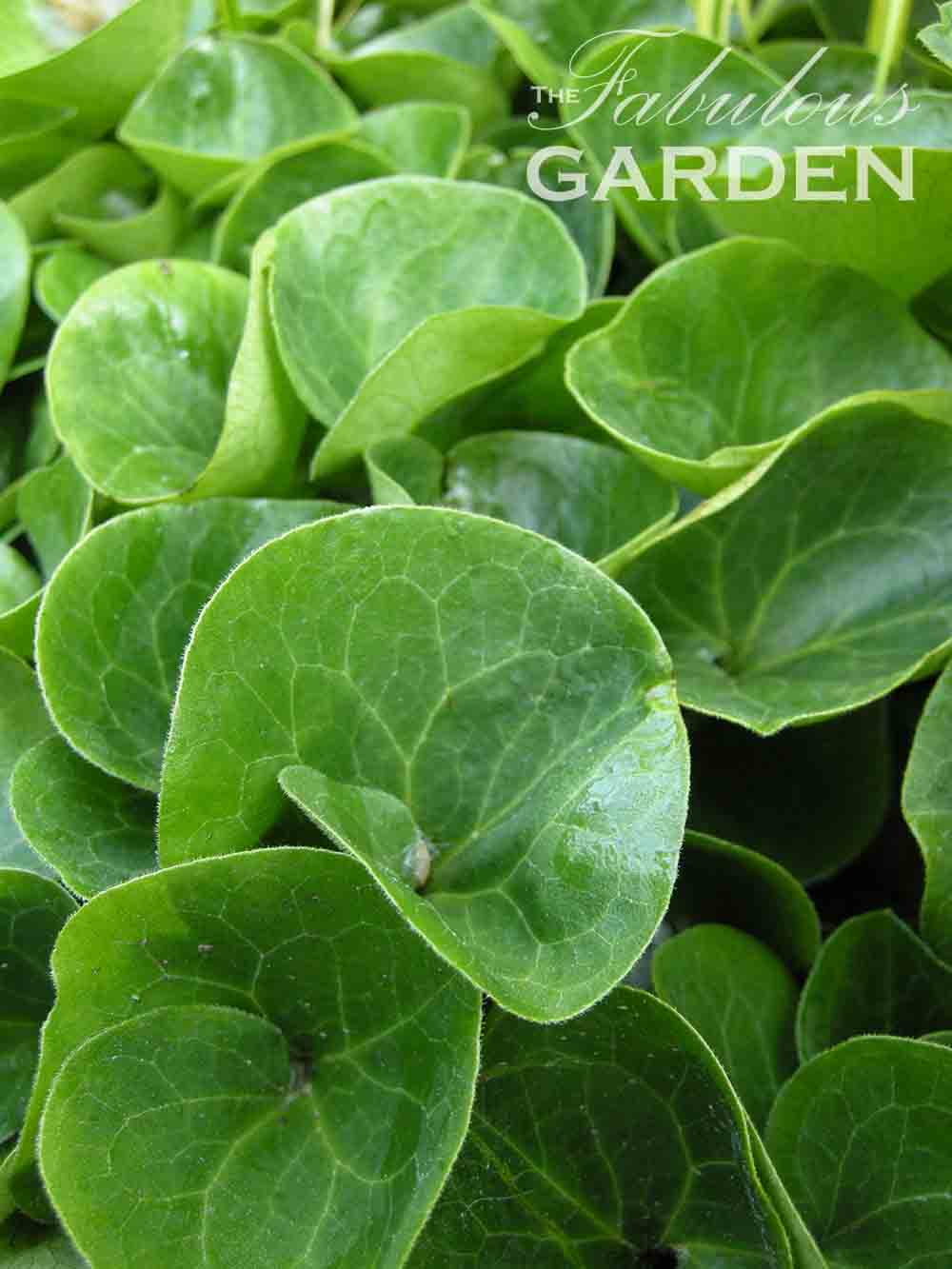 Bleeding Heart (Dicentra) is an early blooming perennial that enjoys shade. Read more about it here.

Other good plants for shade that you can find at most good nurseries include:

But whatever you do, don’t plant goutweed! 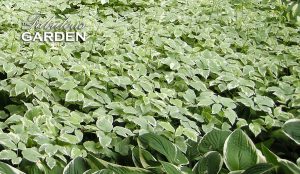 Don’t resort to Goutweed (Aegopodium podagraria). You’re better off with nothing but mulch (or bare ground) in your garden than planting this horribly invasive weed. It can be pretty to look at at first, but as it takes over you will be cursing yourself for decades (and so will your neighbours). The variegated form (pictured here) is the one most people plant—getting rid of it usually requires years of work and many people resort to the nastiest of chemicals (which they have to apply repeatedly). The all green version is reputed to be virtually impossible to get rid of. Don’t plant goutweed. Ever.

So that’s my brief overview of what to plant in shade–I’ve only listed a few of my favourite shade-tolerant plants–do you have any others that you love and recommend?

← What’s the difference between an annual and a perennial?What’s coming up in my garden? →