Everyone knows that plants need soil to survive and thrive, but I’ve recently realized that some people have questions about how far up the side of the pot that soil should go.

The short answer to the question is that pots should have enough soil in them to support the plants growing in them, and to elevate the plants to the “right” height. That height is one where they can access all of the light and air possible, and which shows off their beauty to the greatest extent possible. Soil should be far enough below the rim of the planter that it doesn’t spill out when plants are watered. 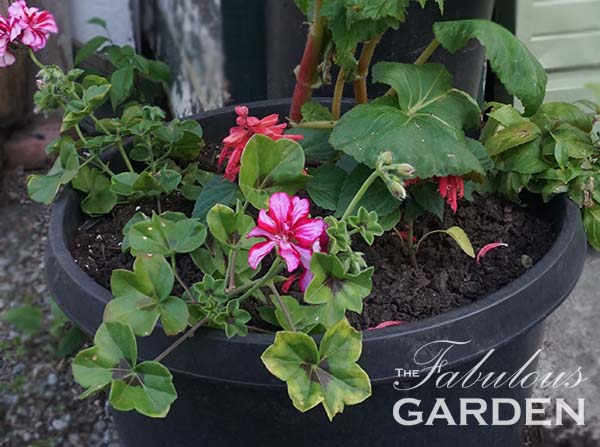 Note: I’ve written previously about why you should use potting soil in your pots (or potting compost, for our UK friends), as opposed to regular garden soil, so in this article I’m going to assume that’s what you’re using in your planters.

I’ve been guilty of filling my pots with too much soil on occasion. I think it will sink down once I water everything in but, oops! the soil is already moist enough and I’m left with soil spilling over the edge. After a few waterings this situation resolves itself (and leaves mud all over the patio stones….someday I will learn to be a neater gardener).

This is the issue that is more of a problem for plant health and esthetics and one I’ve been noticing quite a bit recently. 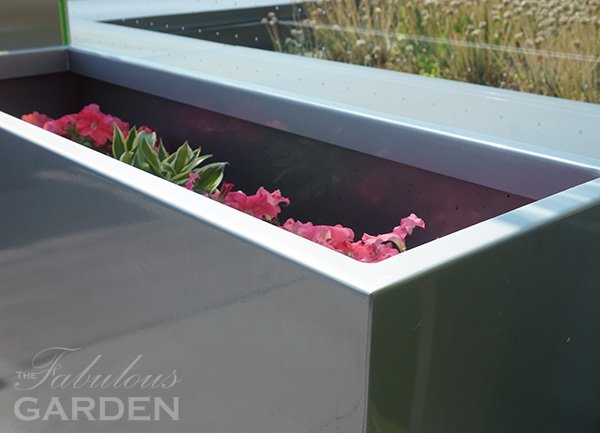 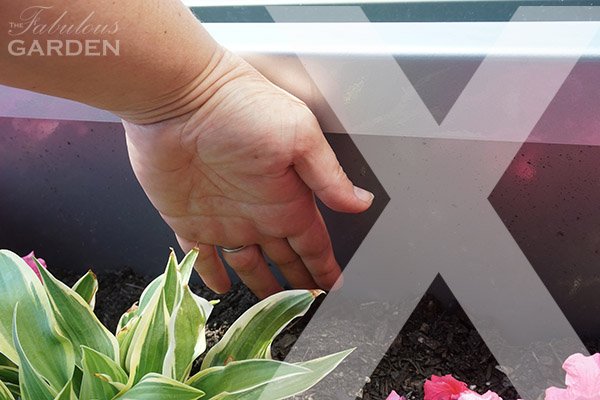 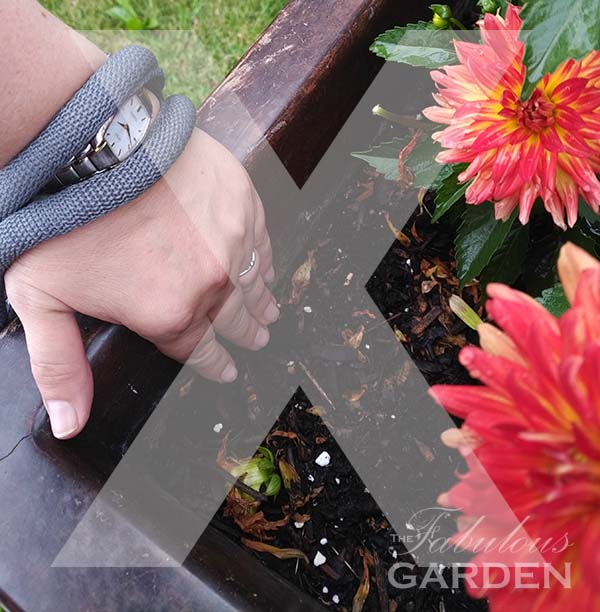 These dahlias could be shown off better if they were sitting higher in the pot. It’s about 5″ from my fingertips to the edge of this planter. 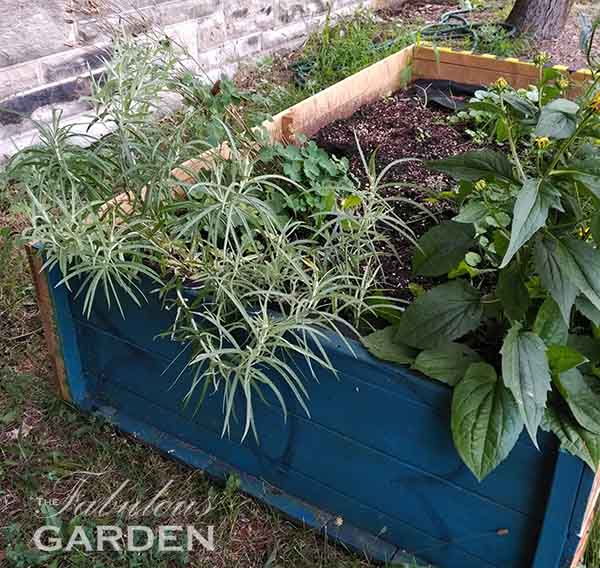 Plants will survive in this raised bed, but if it had another 7″ or 8″ of soil added to it it would enable the plants to access more light and expose them to better air circulation.

Why might gardeners be filling their pots with too little soil?

New gardeners may just not know how much soil should be put in a planter. If that’s you, I hope this post is helpful for you.

I suspect that in most cases, too little soil is used because of one of two other reasons:

1. Dry soil is fluffier than wet soil so not enough soil was used

I suspect that in some of the situations I’ve seen, a person filled up the planter to near the top with dry soil, fresh out of the bag, put in their plants, watered everything, and then promptly watched the soil sink down several inches. Some muttering and/or swearing may have followed. Dry soil in the bag is light and fluffy–once it gets wet it compacts.

One solution is to fill the planters with dry soil, water it and let it sink, then add more soil before putting in your plants. Another is to open the bag(s) of dry soil, pour in enough water to dampen the soil reasonably well (e.g. a watering can or two for a large bag), tie the bag shut, and leave it for at least a couple of hours before filling the planters. 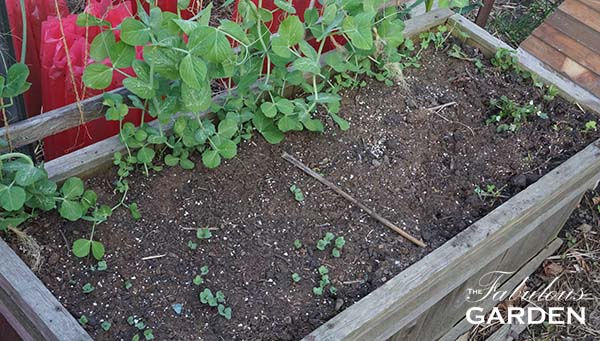 An appropriate level of soil for a raised bed

2. It takes a lot of soil to fill up a big planter

If you have a large planter it is easy to underestimate the amount of soil you need to buy, or you may be reluctant to spend the money to buy that many bags of soil. 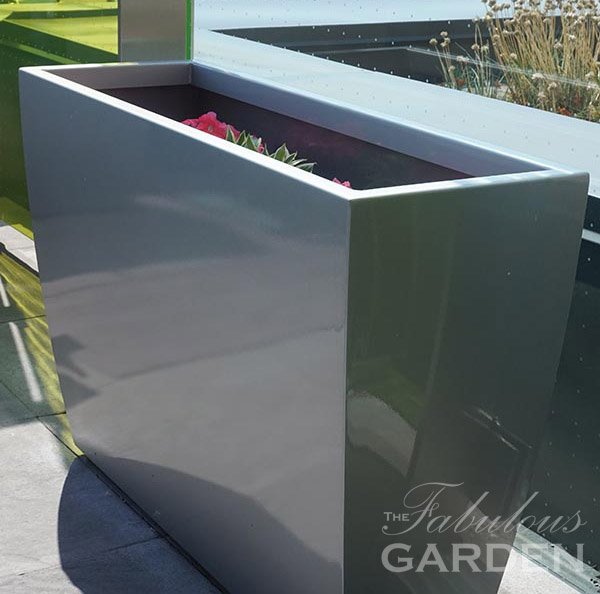 A solution: Fill the bottom of the planter with inorganic material that will take up space (e.g. empty water or pop bottles, with the lids on), and then just fill the top with soil. If you do this make sure you have enough soil in the planter to sustain the plants (i.e. a good thick layer of soil–the bigger the plants the more soil you’ll need) and that water can drain through. Read my post on how I filled the huge planter in my front yard for an example.

Don’t fill the bottom of a small or medium sized pot with something other than soil as a way to save money–you’ll be robbing the plant of too many nutrients and you will need to water very frequently–this is a technique for large and extra large planters only.

An Ideal to Keep in Mind

When I was part of the team that used to plant up the large planters that decorated the common areas at Canada Blooms, the second largest flower show in North America, we were always trying to get the plants to look like they were bursting out of the planters, overflowing over all of the edges. The show was an artificial environment and the plants only had to survive for a week, so we would mound up the soil in the middle of the planters, wedge in the plants, and then cover all of the visible soil with moss so that it wouldn’t all run out when the planters were watered each night. It was as much floral design/art as it was gardening–a fantasy of what a planter could be.

If you keep that in mind when you’re filling your own planters you won’t be tempted to put too little soil; you will be aiming to get them poised at the rim. Pull back enough so that the soil won’t run out when watered, and you’ve found the perfect level of soil for your pot. 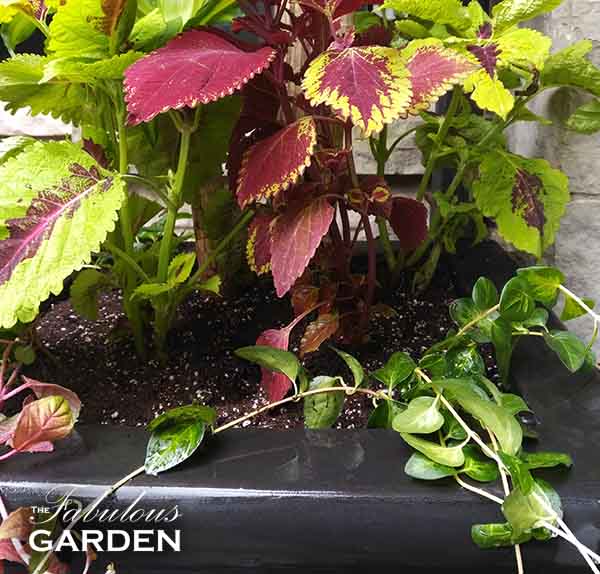