One of the first edible things you can pick in the garden each year is rhubarb. I usually start harvesting mine in late May or early June and, if I keep picking so that the stems don’t get too big and woody, continue into August. I never pick all of the stalks–I’ve read that you should leave at least a third of them and that seems about right to me. Rhubarb is a perennial plant and needs some stalks and leaves to sustain itself and continue producing.

But how do you pick rhubarb and when? I don’t pick stalks that are less than half an inch across, and usually I wait until they’re closer to an inch. The colour of the stalk doesn’t matter. I pick the biggest stalks first, leaving the smaller ones to mature.

There are two techniques for picking rhubarb–either pulling it out of the ground, or cutting the stalks. I’ve successively grown rhubarb for more than 15 years and I really don’t think it matters which technique you use. I use both. I find that if there’s a little stalk next to the big stalk I’m pulling out, it’s very easy to accidentally pull the little stalk out too, and therefore cutting is easier. But there are times when the stalks are growing very close together so that it’s difficult to cut a stalk without nicking one beside it, and therefore pulling is easier.

How to harvest rhubarb – pulling 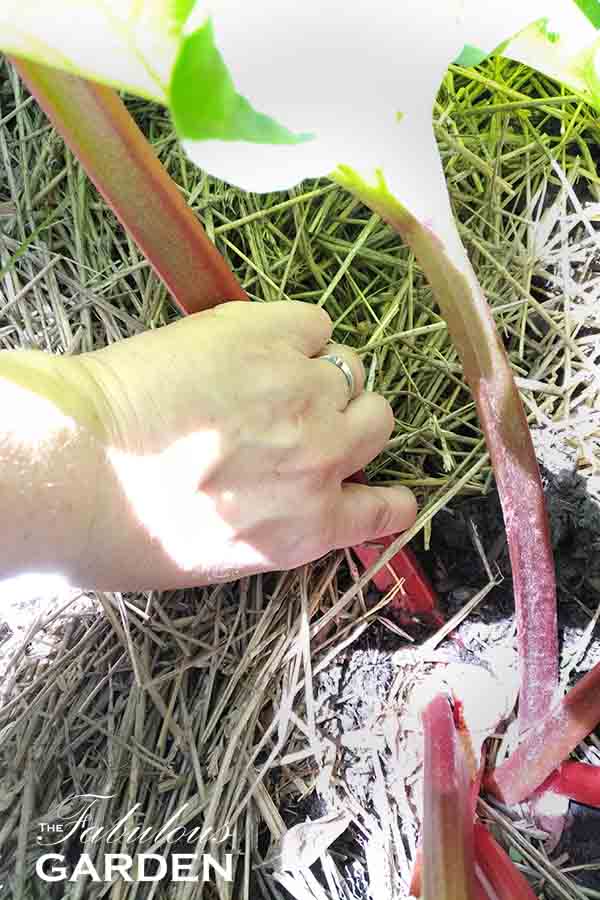 To harvest rhubarb by pulling it out, grasp a stalk close to the ground, and just pull it out. There’s a little bit of a twisting motion with your wrist, but the stalk should just come loose you tug.

The ends you’ve pulled off the plant will look like this:

How to harvest rhubarb – cutting 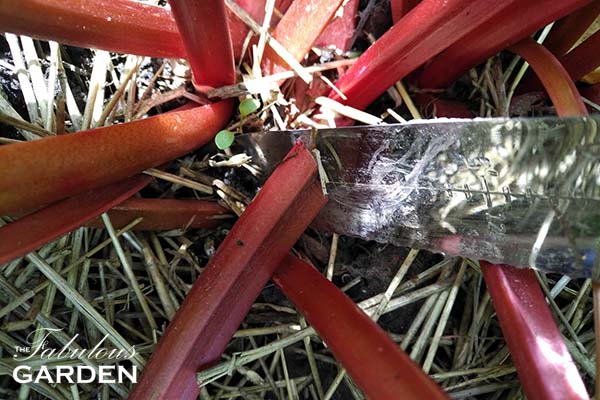 Insert a sharp knife (I use my Hori knife*) as close to the base of the stalk as you can, and slice cleanly. The small stub left behind will wither off in a few days.

When I harvest rhubarb, this is what the ends of a typical bundle look like for me–some were pulled out and some were cut off: 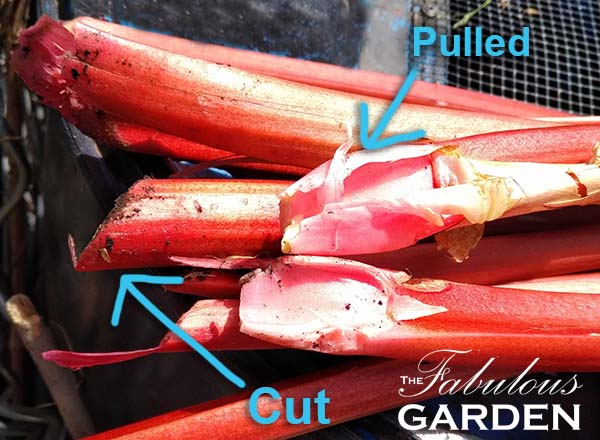 Only the stalks of rhubarb are edible as the leaves are actually poisonous. If I’m bring the rhubarb into the house right away and cooking it I’ll trim the leaves off right at the stalk outside. But if I’m going to store the rhubarb for a little while or am gathering a bundle to give a friend, I leave a little bit of the leaf on to preserve the stalk’s freshness: 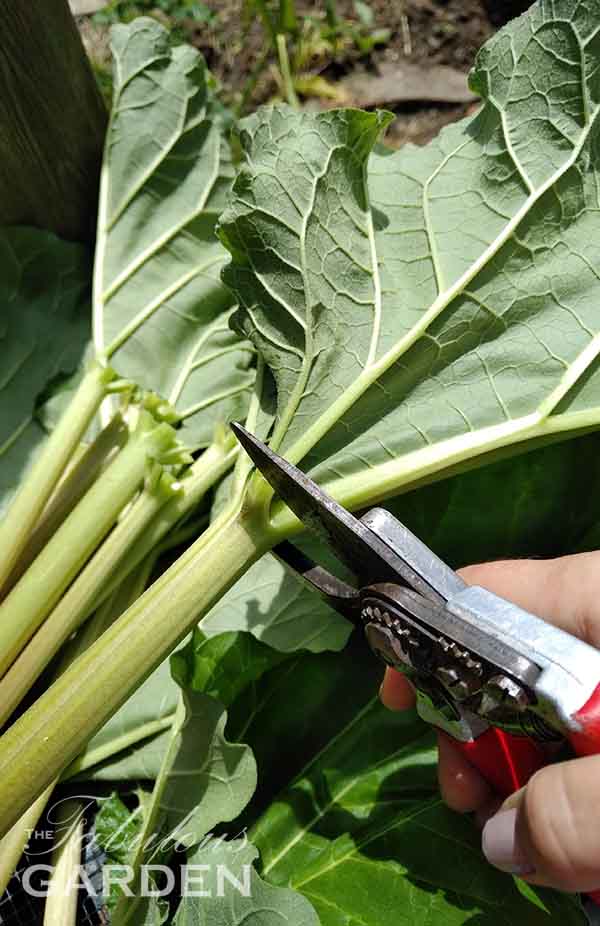 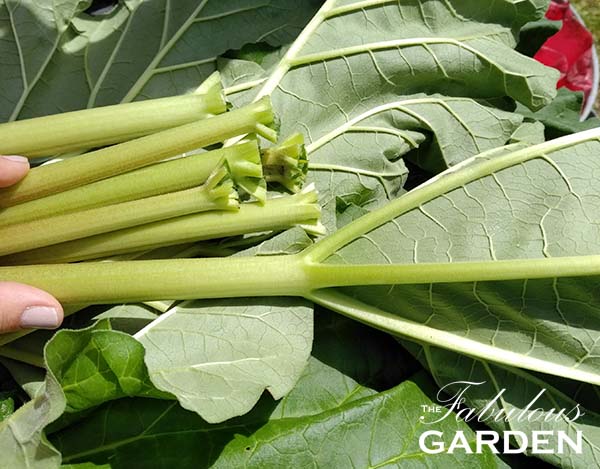 In another week or so, more rhubarb can be harvested. As long as it has sun and water it will keep growing. And as long as you keep picking it, the stalks will stay edible. If you stop picking and the stalks get really big they will eventually become woody and aren’t nice for eating any more.