My friends bought a new house last year and asked me for some help with their garden in the spring. The previous owners had left behind a cast iron planter, but it was in rough shape: 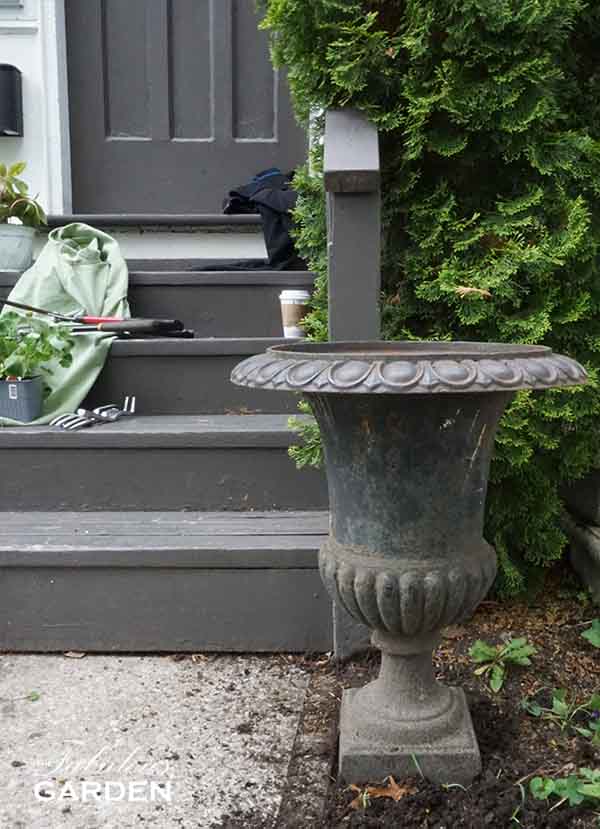 Someone had drawn on it with crayon and it was quite rusty. I get that rust on old things can be beautiful… 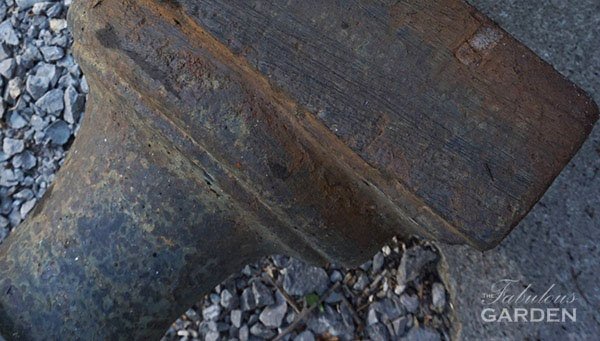 …but that wasn’t the look they were going for. Also, this was not a heirloom piece of cast iron–a coat of black paint was needed to make it look its best.

We put plants in the urn, as it was, last year, but I vowed we would do better this year. So in May I hauled it home and set out to spruce it up. 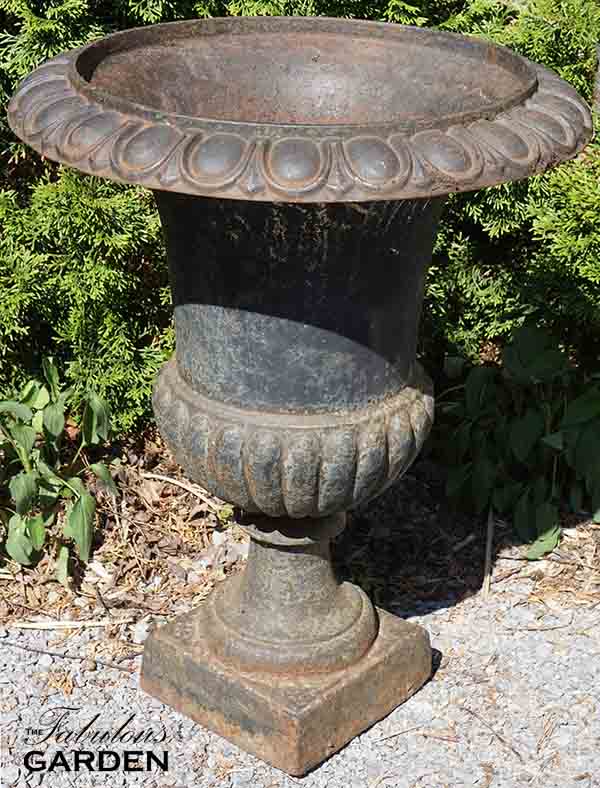 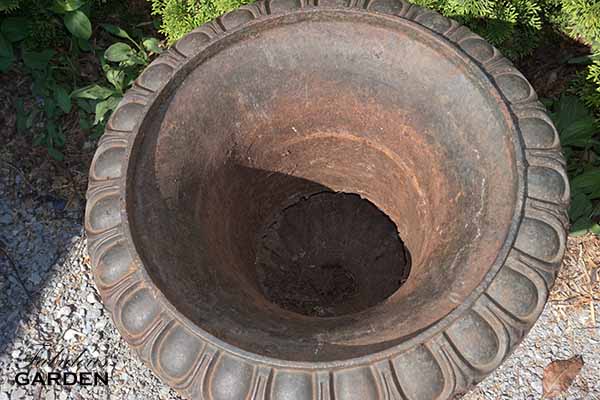 Before painting it, I needed to get rid of the visible rust. I scraped off loose bits with a putty knife.* 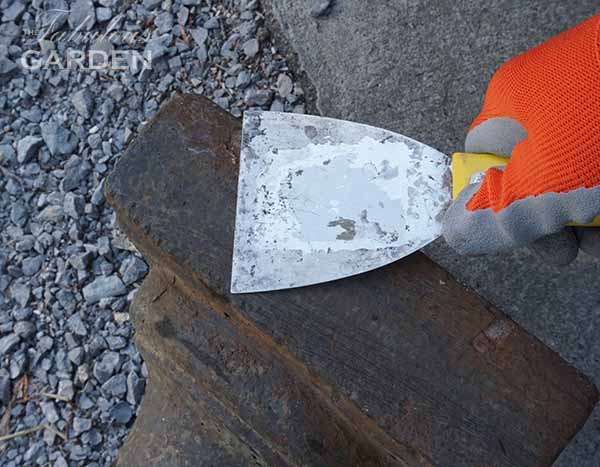 And then used a wire brush* to get at the rest. 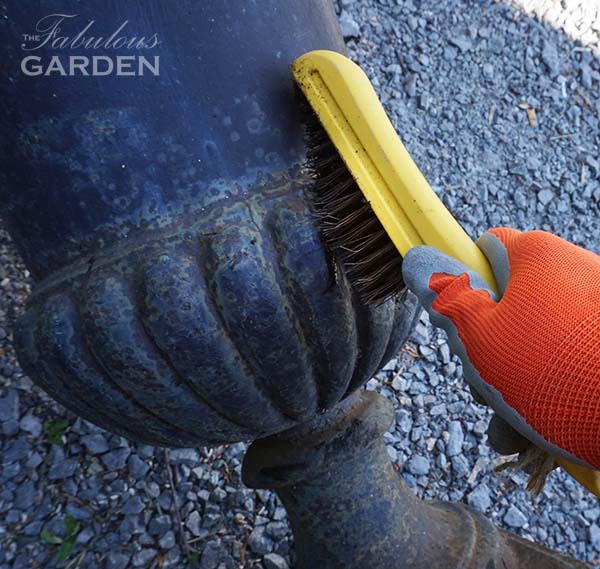 All of the instructions for painting cast iron that I found online said that I needed to get rid of all of the rust, right down to bare metal. The scraper and the brush did a good job with loose rust, but there was still a bit. More searching online for rust removal told me that I should douse the urn with acetic acid (i.e. vinegar), and that this did just as good of a job as any commercial rust remover. I tried it, but I can’t say that I saw a real difference.

Eventually I decided I’d removed as much rust as was going to come off, and proceeded to the painting stage. For this, I bought rust paint* in a black matte finish: 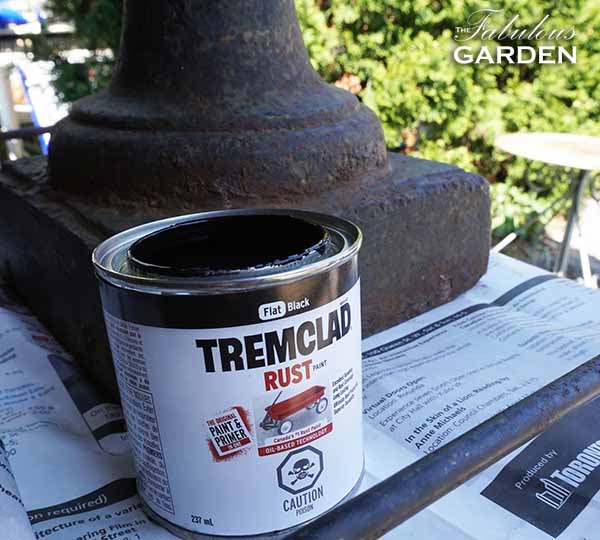 In hindsight, the version in a spray can would have been easier to work with, but I opted for the can and applied it with a paintbrush. 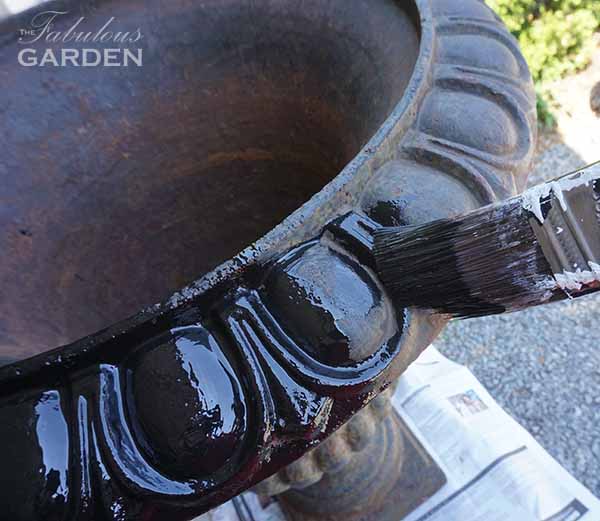 I hauled it back to my friend’s house, and we filled it with plants: 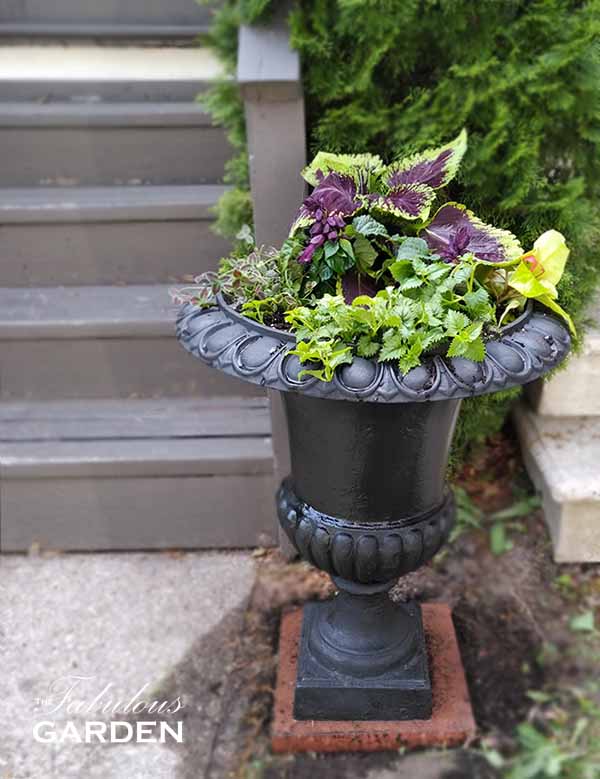 I think it’s a huge improvement. And even more so by the end of the summer, when it looked like this: 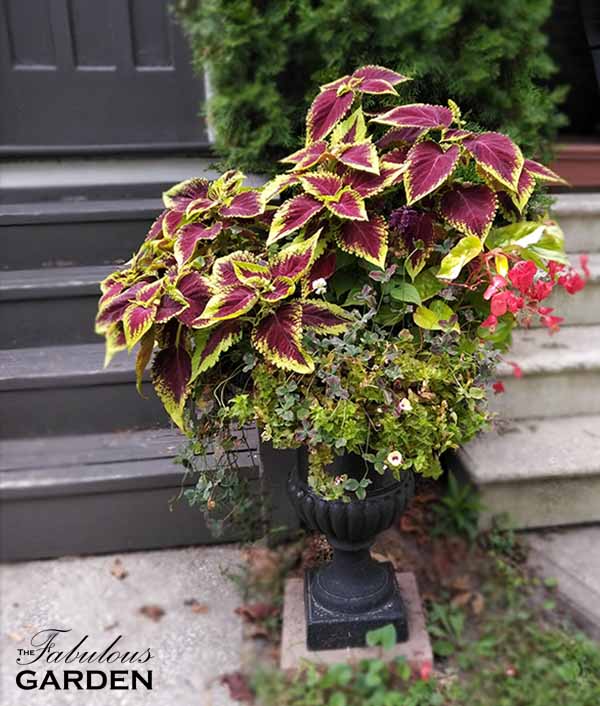 Besides the paint job, another way we improved the looks of this urn was to place it on a cement paving stone. These types of planters really aren’t meant to be sitting right on the soil, or on a lawn–they should be on something solid.

← Have birdfeeders? Do this now to make clean-up easier in spring!How to make a winter planter arrangement →