Creating an attractive arrangement of greenery and accessories in your outdoor planters isn’t difficult. But there are a few common mistakes I see, and a few I’ve made myself, so I thought I’d compile a tip list of what not to do.

Using too many accessories

Some well selected decorations (including winter urn ornaments you make yourself) can add some great sparkle and colour to an outdoor arrangement, but you need to keep them in proportion to the greenery. Think of these decorations like jewellery—they’re a way to complete and accentuate an outfit, but there should be more “outfit” than accessory. If you have more baubles, coloured sticks, and bows than greenery, you would be wise to save some of those accessories for next year, or maybe for a second arrangement. 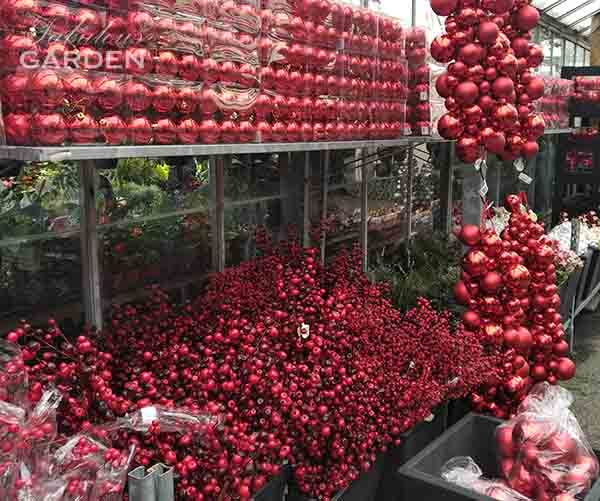 To my eye, a good arrangement should be about 75 per cent greenery.

Bountiful planters are beautiful planters. I understand that boughs of pine, cedar and spruce can be costly if you don’t have a supply of trees of your own to prune from. But you would be better off to create a smaller arrangement with the amount of greenery you are willing to buy, than to try to stretch a small bundle of greenery to fill a large container.

When you’ve filled your urn or planter with greenery you shouldn’t be able to see the soil/sand in the urn, or most of the rim. The greenery should be coming up and spilling out and over the planter, much like a fountain would. 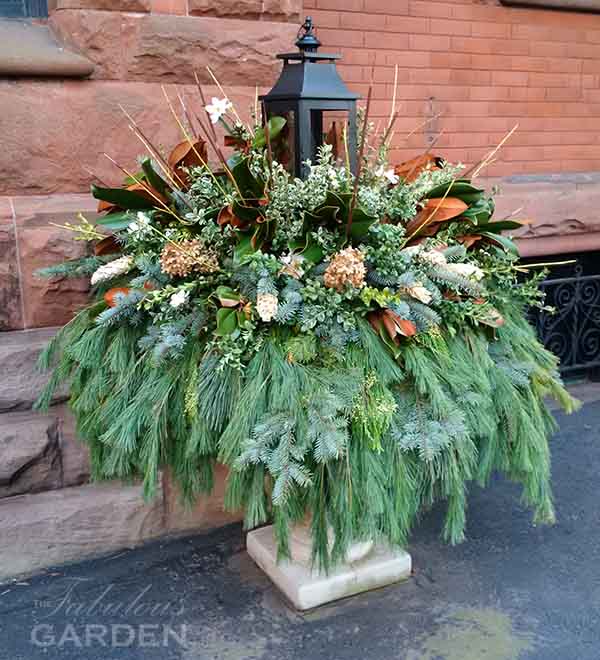 I spotted this planter one day and had to snap a photo. To me, it brings to minda fountain of water bubbling up and overflowing.

Placing the greenery too low in the pot

Waiting until the soil is frozen to make your arrangements

We all get busy and sometimes winter sneaks up on us—by the time you have time to decorate, the soil in your planters are frozen solid. The stems of greenery you want to shove into the soil instead bounce off.

What to do when your planters freeze before you decorate them? If they’re made of cast iron, or something else that won’t shatter from the shock, you can boil water and pour it onto the soil (and even if it is cast iron, I direct the water primarily on the soil, just to be safer), and then use a trowel to break up the earth. It can take several kettles full of hot water, depending on the size of your urn and how solidly the soil is frozen.

If your urn is small/light enough, you can wrestle it inside your house and let it defrost (it may take 12 hours), and then haul it back outside when you’re ready to make your arrangement. This is the best route to take if you’re worried that hot water might crack or shatter your planter.

There are some good looking accessories, like fake red berries, that are designed specifically for use in outdoor containers. They’re meant to withstand wet and cold weather but they are priced much higher than similar looking accessories that aren’t weather resistant (e.g. the fake red berries available at the dollar store.) I decided to try the cheaper fake red berries in a  planter at my house one year and quickly learned that they don’t work outside—they expand in the wet and freezing and the red berry “skins” peel off. I invested in the weather resistant ones the next year and they didn’t have any such trouble, and I was able to reuse them for quite a few years. 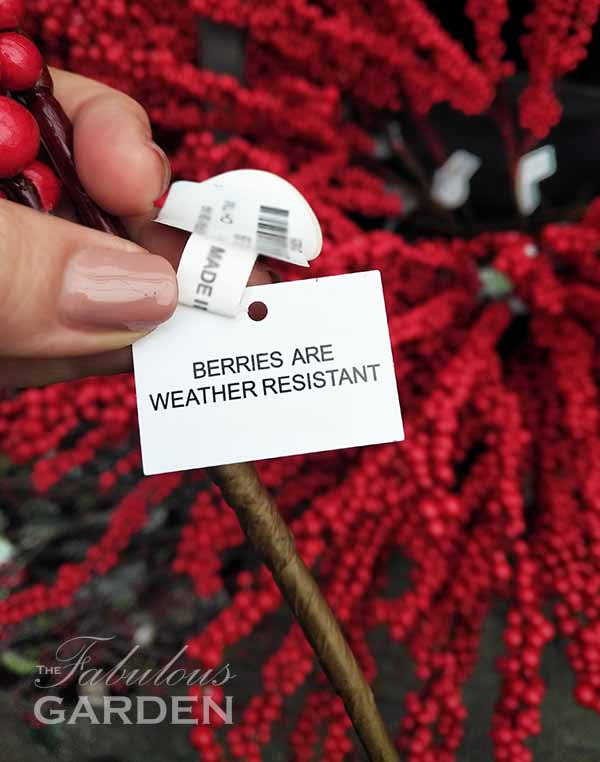 On the other hand, I’ve had very good results using regular (i.e. indoor) plastic Christmas balls outside. After a number of years in the sun the red ones do start to lose their colour, but given the price difference between those balls and the special weather resistant ones at my local nursery, I don’t think it’s worth buying the ones designed for outdoor use.

Besides berries and balls, there are many other sparkly sticks and twigs used in holiday arrangements. I was particularly attracted to some silver spray painted curly sticks, like those pictured below, one year and popped them in my Christmas urn. 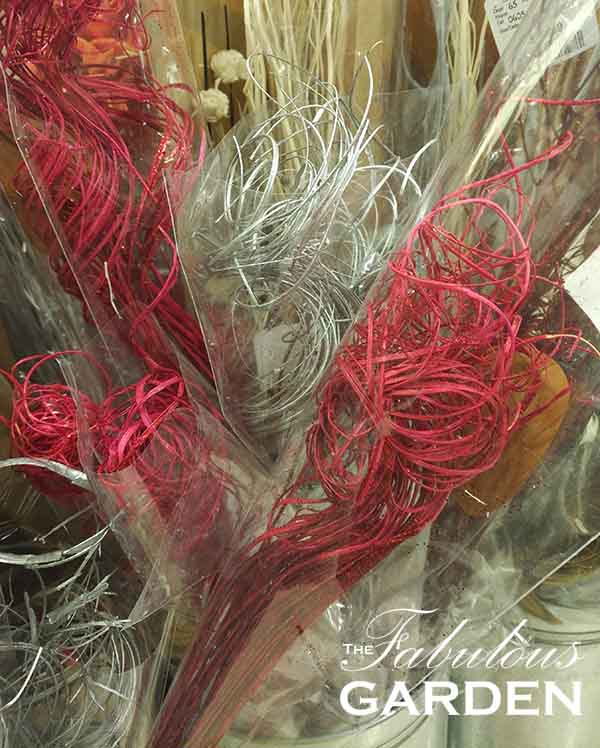 One little snowfall later I discovered that they lose their curl when they get wet. I had thin straight sparkly sticks instead of curly ones. So note, those are only for indoor use (hint: they look great stuck in with poinsettias.) 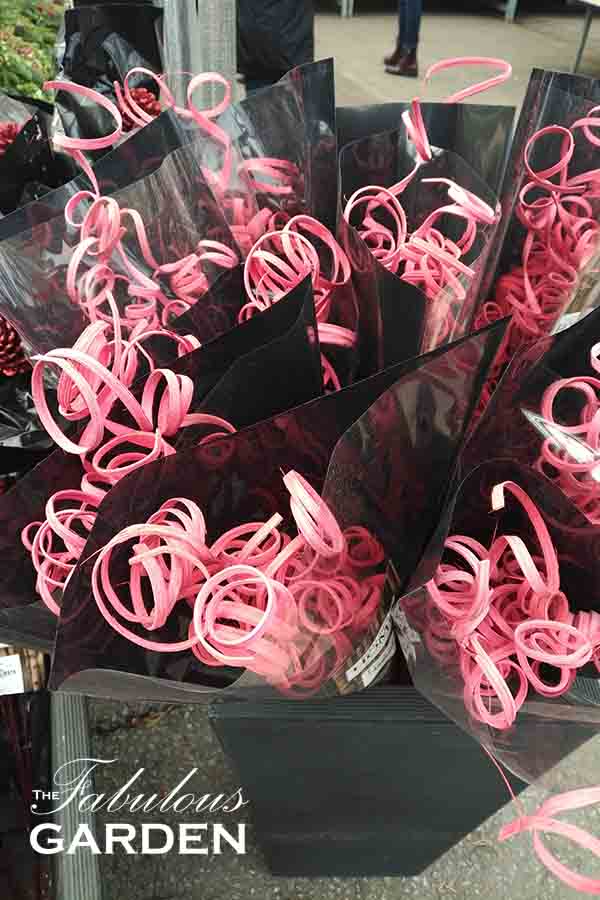 Keep these for indoor use, or an area protected from snow and rain, otherwise they’ll straighten out!

I noticed that this year my local nursery is selling some curly sticks that look like they would work outside—the curl is held in place with a little metal clip: 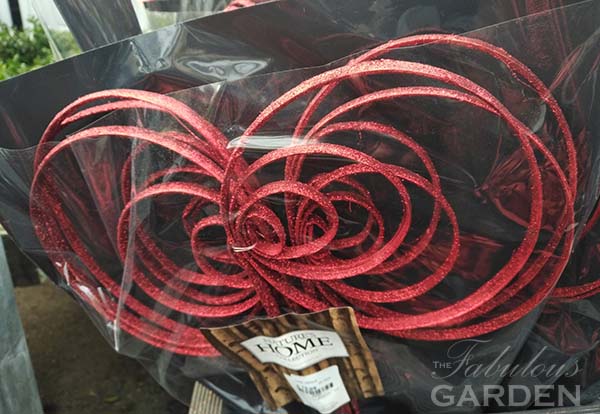 So those are my “don’ts” for creating arrangements in your planters for the winter. Did I miss any? If so, please leave a note in the comments below.

← To Rake or Not to Rake – The Truth About Leaves and LawnsHave birdfeeders? Do this now to make clean-up easier in spring! →