I have a problem with Heuchera (aka Coral Bells). My problem is that plant breeders keep coming out with amazing new varieties in a stunning assortment of colours, and I don’t have enough room to grow them all. Somehow, I seem to forget about my lack of space to grow them when I’m in the nursery, and before I know it, a new plant or three is trying to come home with me.

But really, who can blame me? Look at the amazing colours these plants come in: 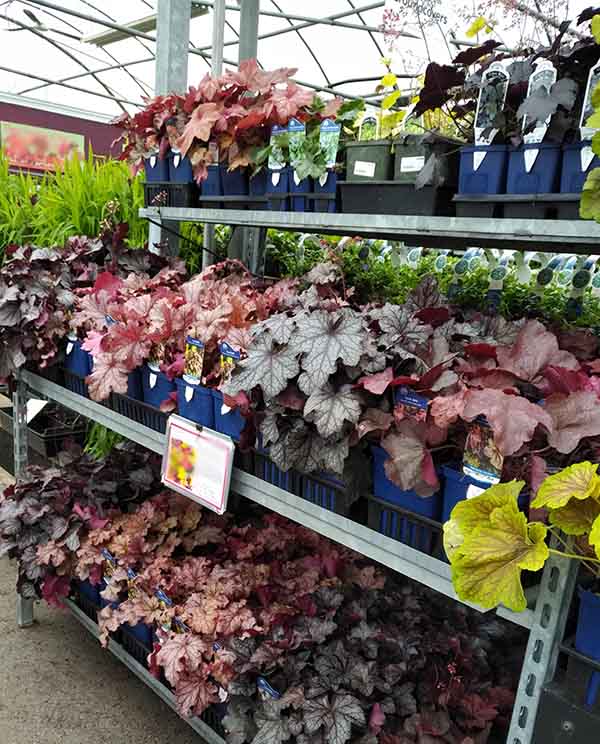 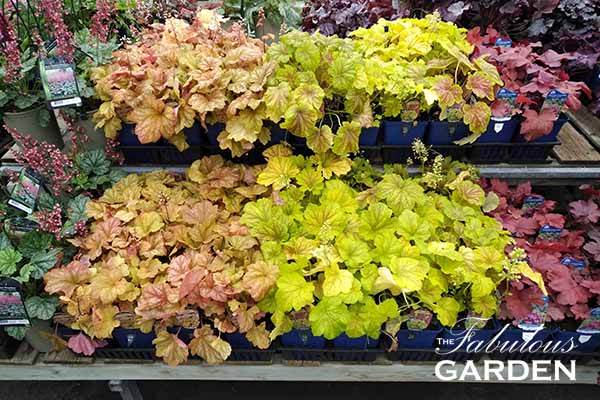 They range from bright, almost fluorescent lime, through all of the lovely oranges and pinks I can’t resist, right through to almost black. When I started collecting heuchera (and yes, I will admit that I have enough of them to call them a collection now) the darkest variety available was ‘Palace Purple’. It’s been a good solidly performing plant, but it looks positively pink next to the darkest varieties being released now. I spotted this one, ‘Black Pearl’, at my favourite nursery the other day: 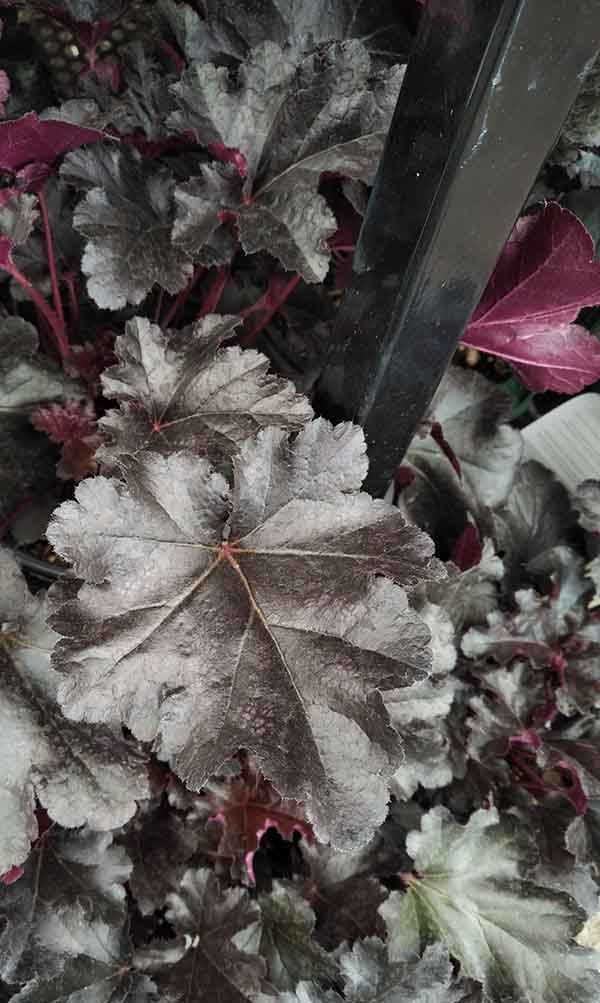 Can’t you see that in your garden, contrasting so beautifully next to a brightly coloured plant, perhaps ‘Orange Marmalade’ heuchera? It would be stunning.

Most heuchera grow well in shade, and some can take quite a bit of sun (while others get a bit crispy if they’re exposed to too much sun). I have a row growing in a very sunny spot in my front yard and they’re quite happy: 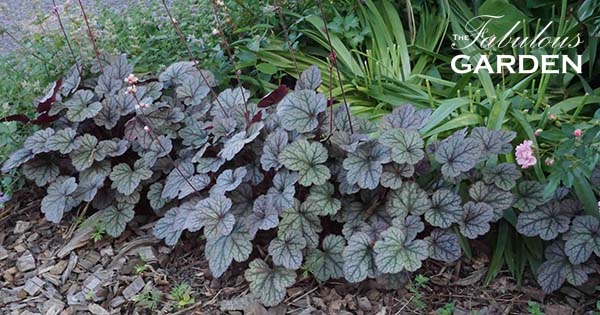 Generally, heuchera are hardy in growing zones 4 to 9, although I’ve heard that there are varieties that will grow on either end of those extremes. I find that sometimes the freeze/thaw cycle will heave the plants out of the ground over the winter, but I just push them back down into the soil in early spring, and they don’t seem to be any the worse for it. The leaves stick around for most of the winter in my area, but are replaced with fresh growth in the spring.

Once established, these plants don’t need a lot of water. In fact, I can’t say that I’ve ever seen one wilt. Because of that, I don’t imagine they’d be happy in boggy conditions.

The one bit of maintenance I find that most heuchera benefit from is to have their flower spikes cut off. There are some varieties that have been bred for their flowers, but most are grown because of their beautifully coloured and patterned leaves. 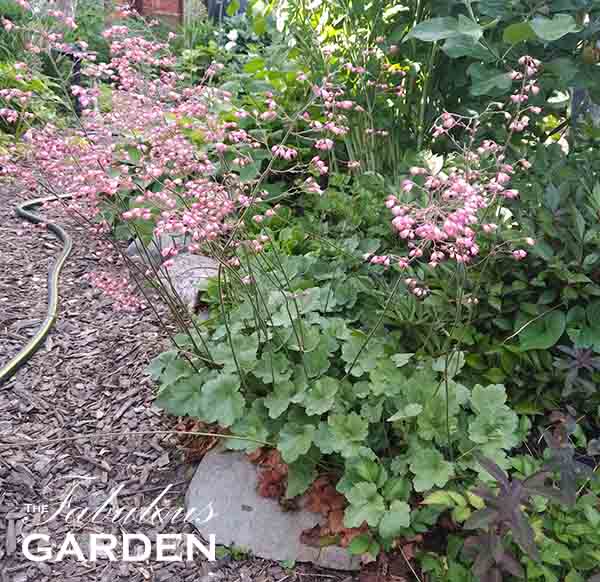 This variety of heuchera has quite lovely pink flowers. I leave them on the plant until they finish blooming.

This photo shows a more typical heuchera, with the gangly flower stalks splaying all over: 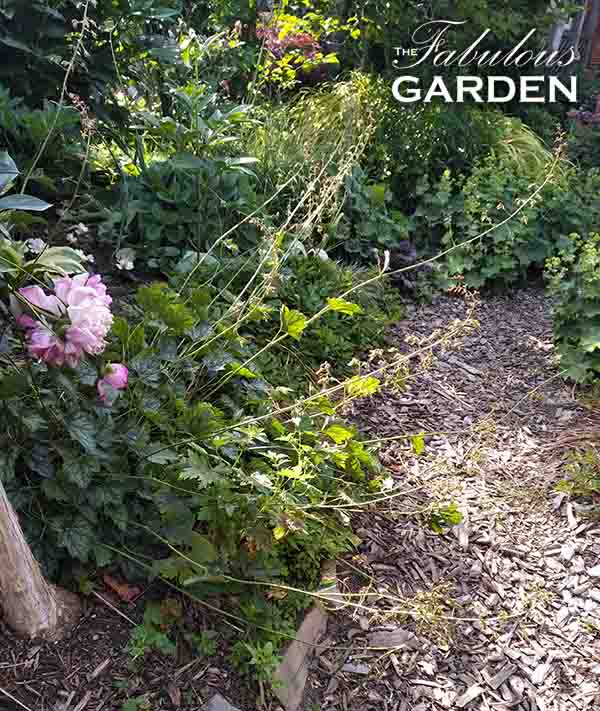 The solution is to snip the flower stalks off, near their base: 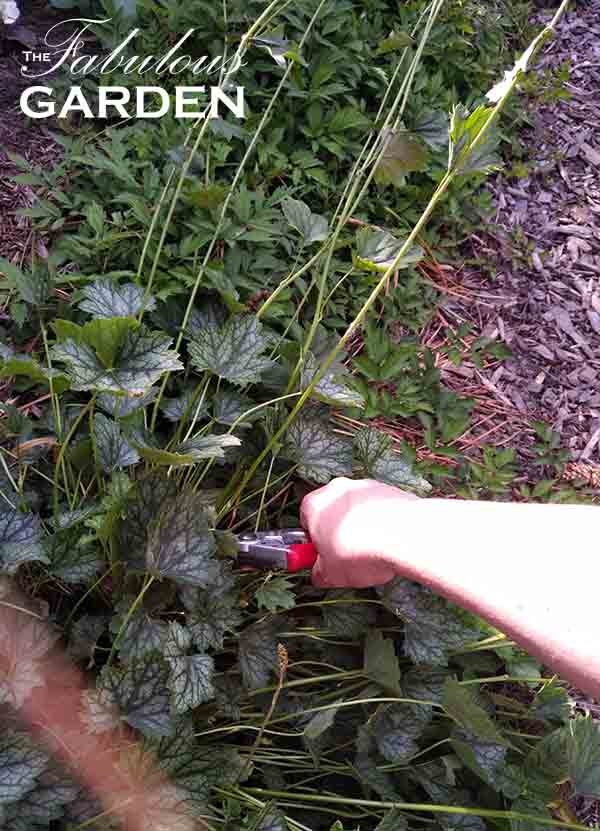 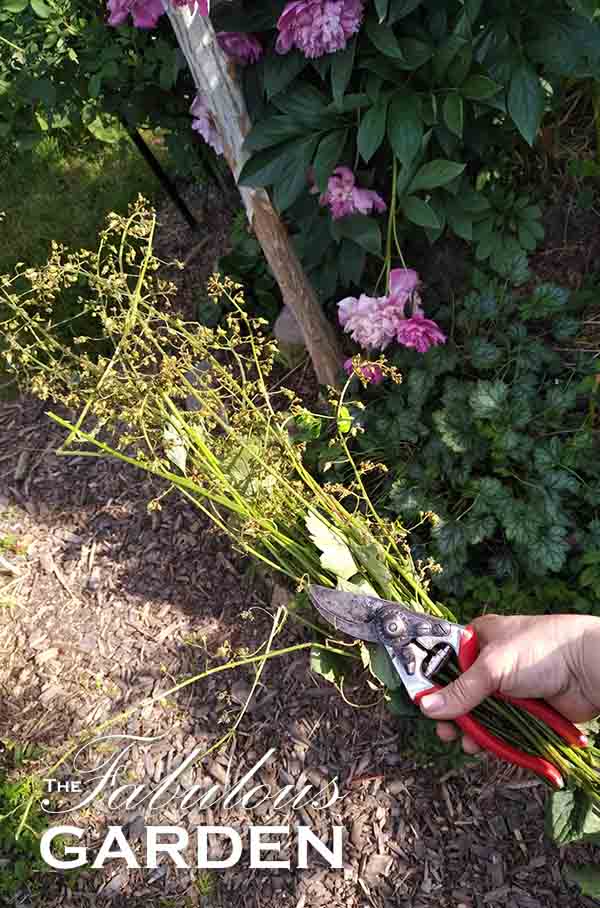 The immediate result is a neater looking plant where you can actually see its main feature–its beautiful foliage: 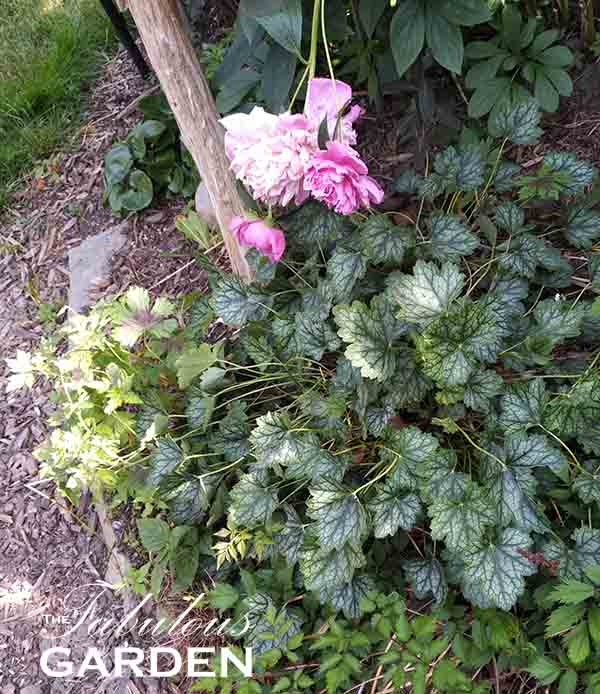