Deadheading is the process of removing spent flowers from a plant—in plain language that means cutting off the dead flowers. There are two main reasons to do this. The first is aesthetic—dead flowers just don’t look good. Take a look at these geraniums before they were deadheaded: 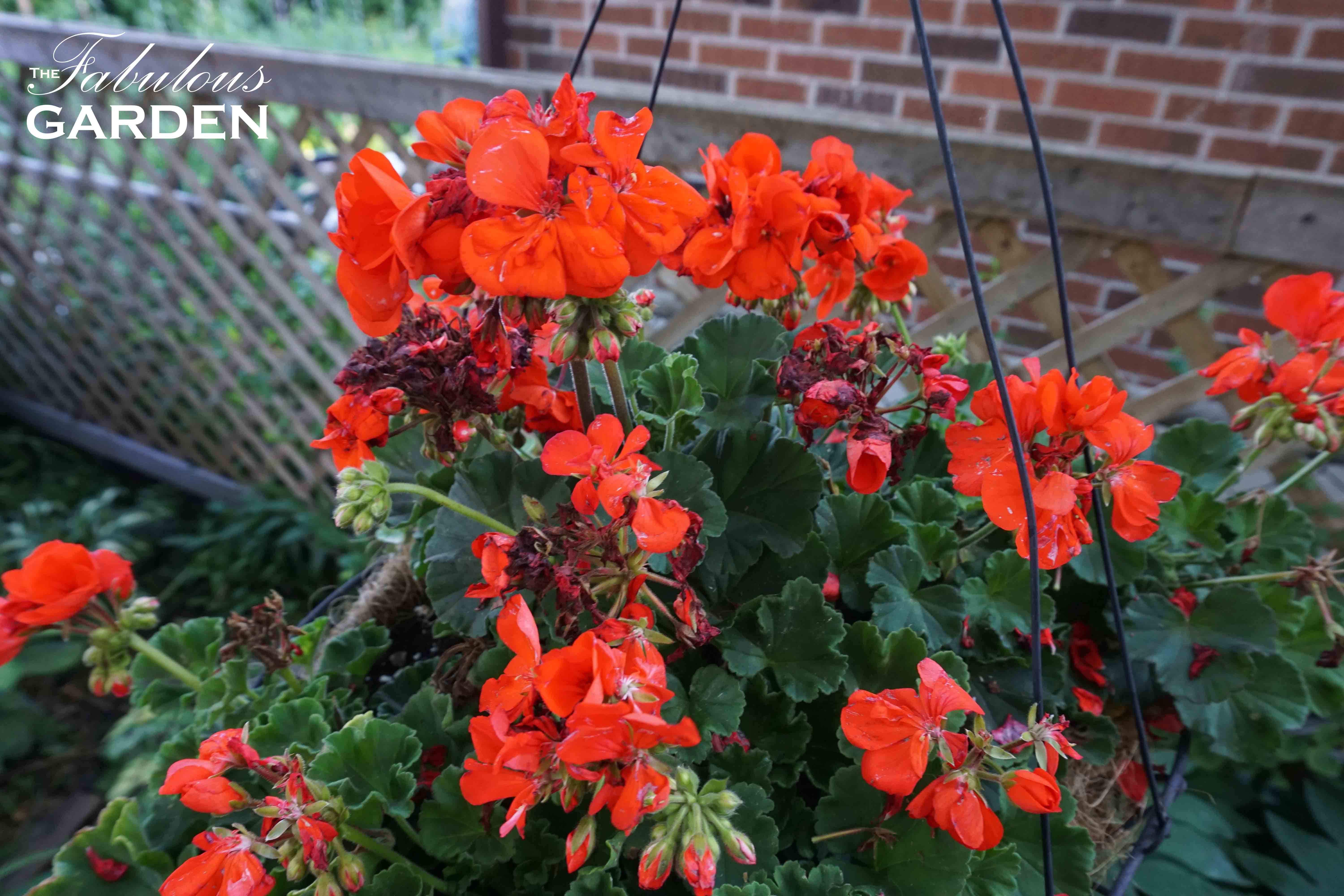 And then take a look a few moments later, after the dead blooms were removed: 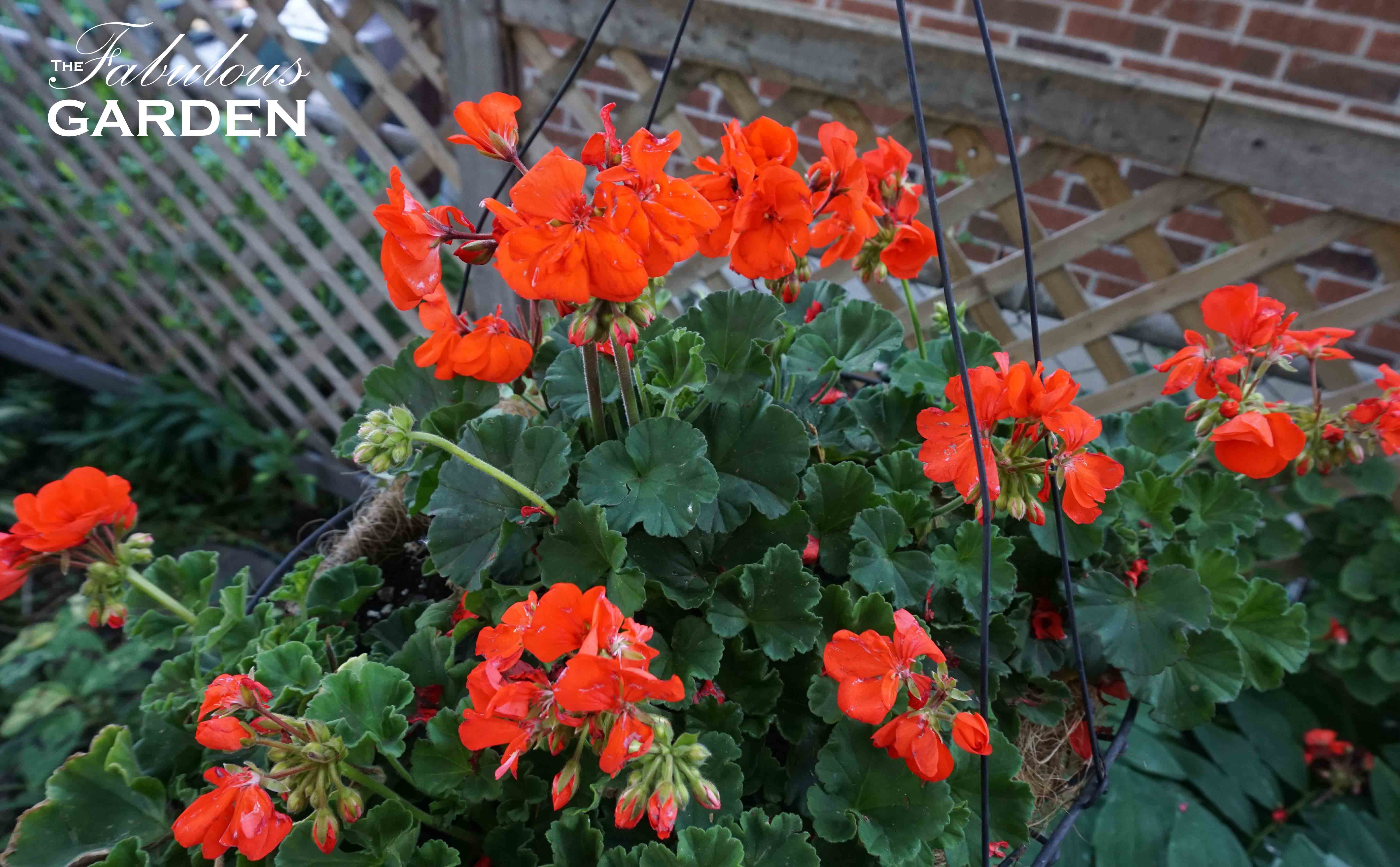 Second, if your plant isn’t sterile (i.e. it’s the type that creates seeds to reproduce) the plant will spend its energy trying to reproduce. This is fine if you’re looking to create more plants from seed or this is the type of plant that only blooms once in a season (e.g. a once blooming rose). But, if this is a plant that can bloom more than once, most of us would prefer that it do so. To help it do that we need to take off the finished blooms.

These roses are a type that will bloom throughout the summer if kept deadheaded: 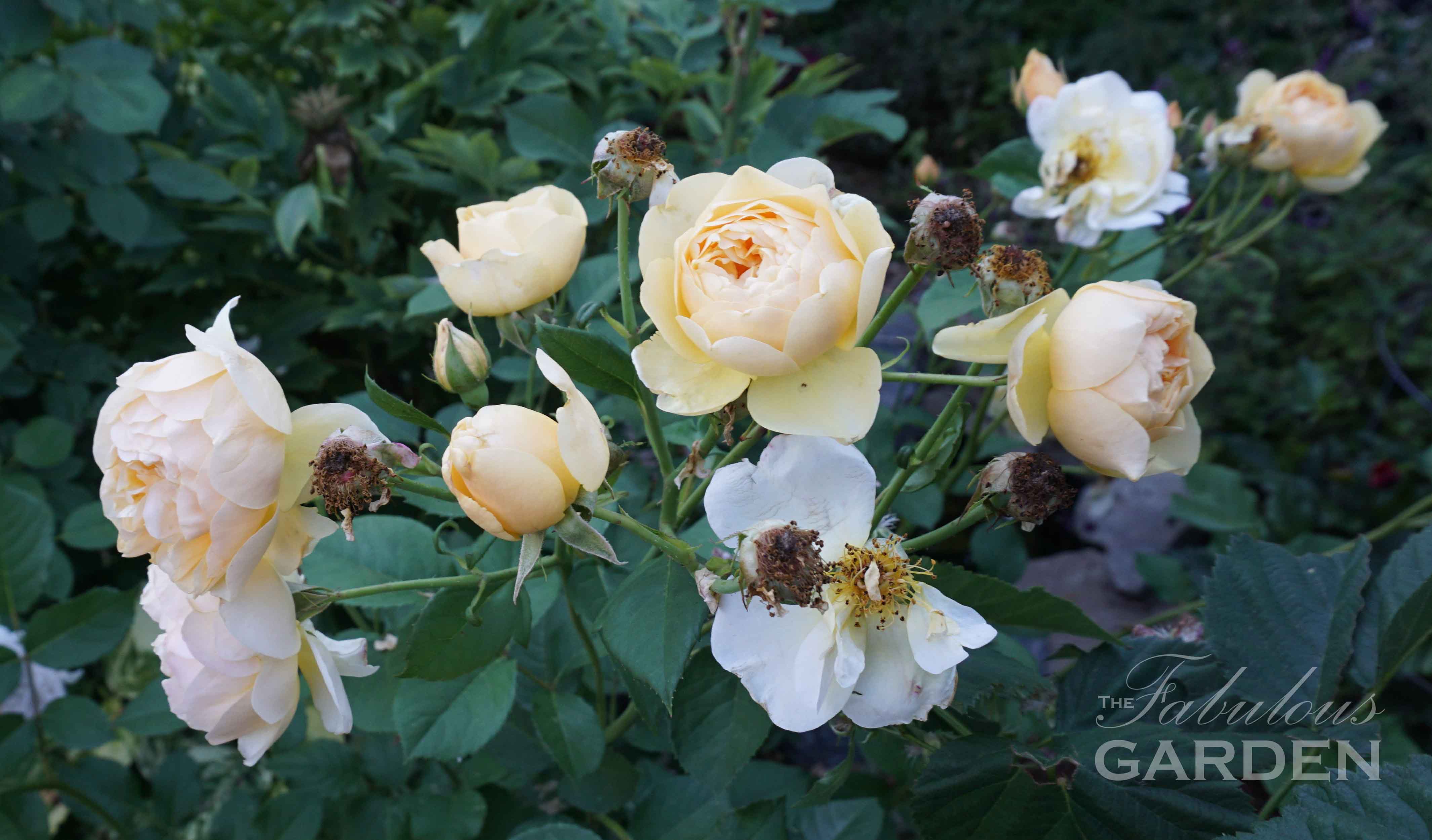 And this is how they look once the old blooms are removed (some blackberry blooms snuck into the frame of the second picture–please try to ignore them, they’re not part of this discussion): 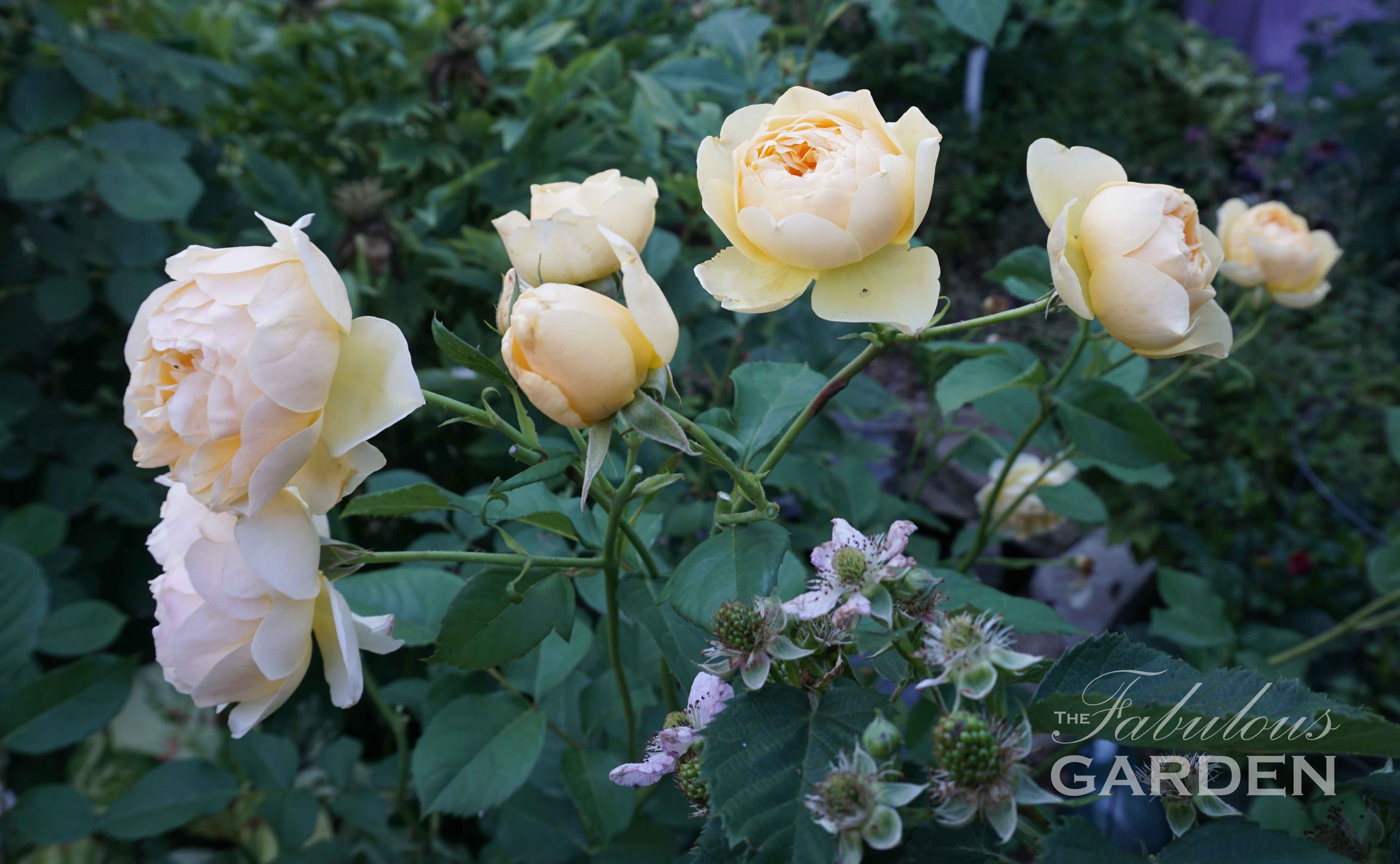 If I didn’t snip off the dead flowers the rose would have started to try to make seeds–on roses these are called rose hips. On some varieties of roses the rosehips are quite ornamental (they’re also edible, but I’ve heard they’re not that tasty), and can look like this: 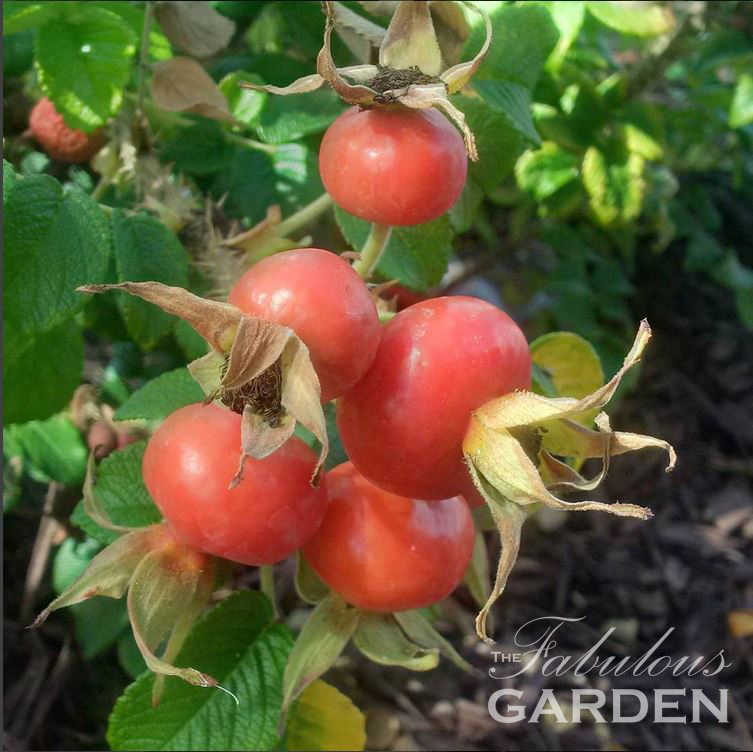 If all seedheads were this pretty we wouldn’t have to deadhead!

I have a shrub rose that only gets one set of blooms on it, so I don’t prune the dead blooms off of it–I leave them and then enjoy the rose hips. But most of my other roses are what are known as “repeat bloomers”–if I keep cutting off the spent blooms they’ll keep blooming right up until frost.

Dahlias are another flower that look better when they’re deadheaded: 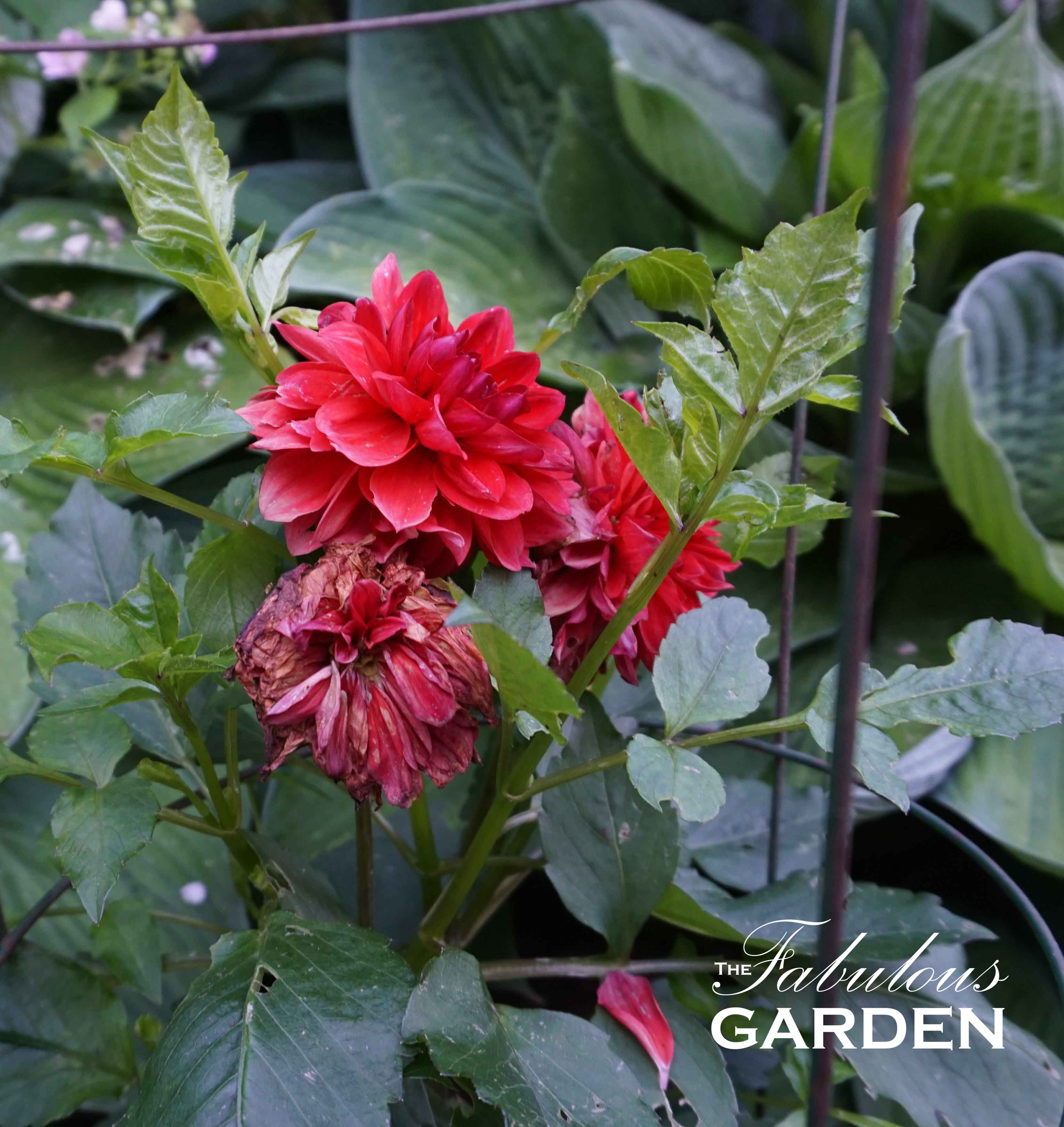 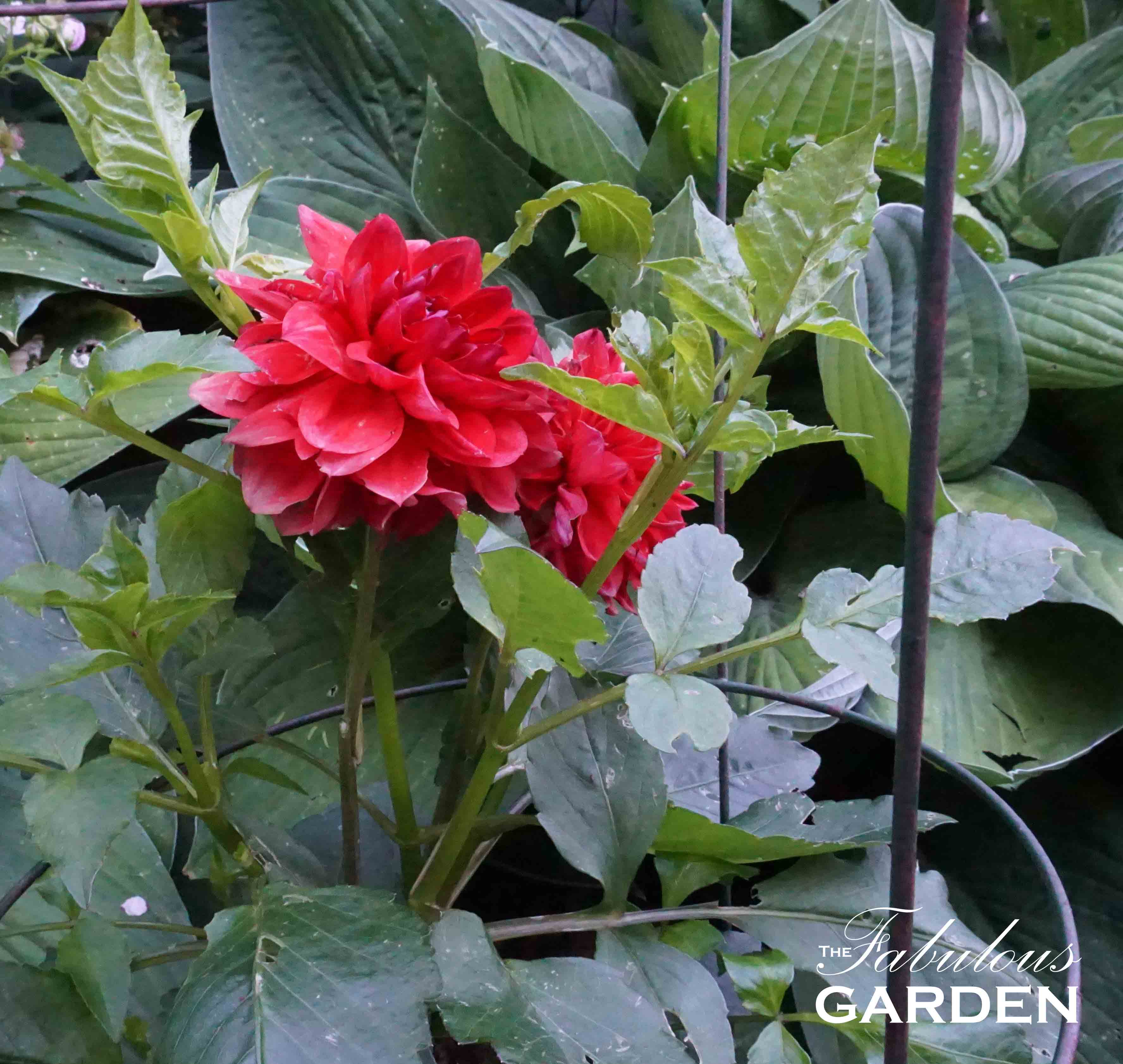 Deadheading dahlias also gets rid of more hiding places for earwigs (not my favourite insect).

Petunias used to be an annual that needed continuous deadheading, but hybridization over the years has produced what are called “self-cleaning” varieties. Essentially, these are sterile petunia plants. Once the blooms are finished the flowers shrivel up and fall off. This is less work for the gardener, and ensures that you have continuous petunia flowers even if you don’t get around to snipping off the old blooms. (Bonus petunia tip: However, if you find that as the summer goes on your petunia is getting “leggy” you can give them a little haircut–just prune the stems back–in order to create a bushier plant with more flowers.)

Other flowers you should deadhead for repeat bloom include pansies, zinnias and, marigolds. Most perennial flowers, such as daisies, black-eyed susans (rudbeckia hirta) and veronica don’t seem to benefit from deadheading–they’re once bloomers. I spend most of my deadheading time on the flowers featured in this post–roses, dahlias and geraniums.

The technique for deadheading is to snip at the base of the stem that holds the bloom is, as close to the next set of leaves as possible. This looks neater than just cutting the blooms itself off and leaving the stem to whither and dry out. Just be careful not to accidentally snip off the buds of the future blooms that are likely to be nearby!