Columbine (Aquilegia) is a very easy to grow perennial plant. I had my start with these when I bought a plant labelled “Blue Columbine” at a horticultural society plant sale one spring. That was early in my garden’s life, and somehow, over the years, I picked up another one or two, the ones I had cross-pollinated (i.e. one type mixed with another type) and now I seem to have developed a collection!

The most common one in my garden is quite a blue colour. Surprisingly, I don’t seem to have any photos of that particular type. It is very similar in shape, to this purple variety: 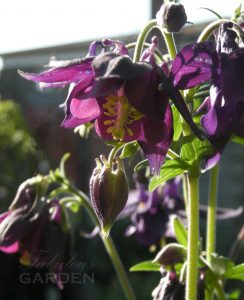 You can see that the blooms point downward, hanging like little bells. The height, from the ground to the top of the flowers is usually around 18”, although older plants, growing in a spot they really like, get a bit bigger.

I don’t know the proper names for any of my columbines except this one, it’s Aquilegia vulgaris var. stellata ‘Nora Barlow’: 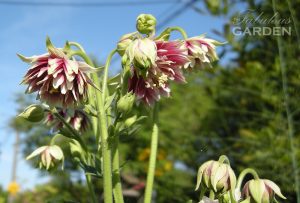 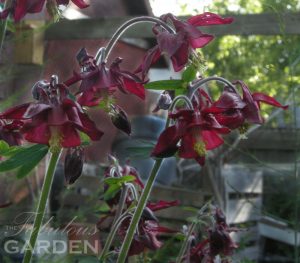 Columbines are considered early summer bloomers—you may not be able to make it out, but in this photo ‘Nora Barlow’ is blooming next to some tulips, finishing off their late spring show: 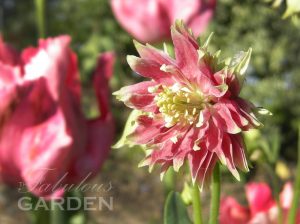 Normally, the flowers will keep coming for about a month. When the plant is finished blooming I cut off the flower stalks, leaving an 8″ high plant with pleasant bluish green leaves.

Unfortunately, at least in my garden, the leaves often end up covered with little scribbles—they look like a toddler took a white crayon to them. These scribbles are from the columbine leaf miner. They are the tunnels that the larvae chew through (in, really) the leaves. This tunneling doesn’t really harm the plant, it just makes the leaves look a bit less attractive. Essentially, it’s just something you live with. I think the flowers, while they’re blooming, are beautiful enough to compensate for the fact that the foliage doesn’t look perfect later in the season. 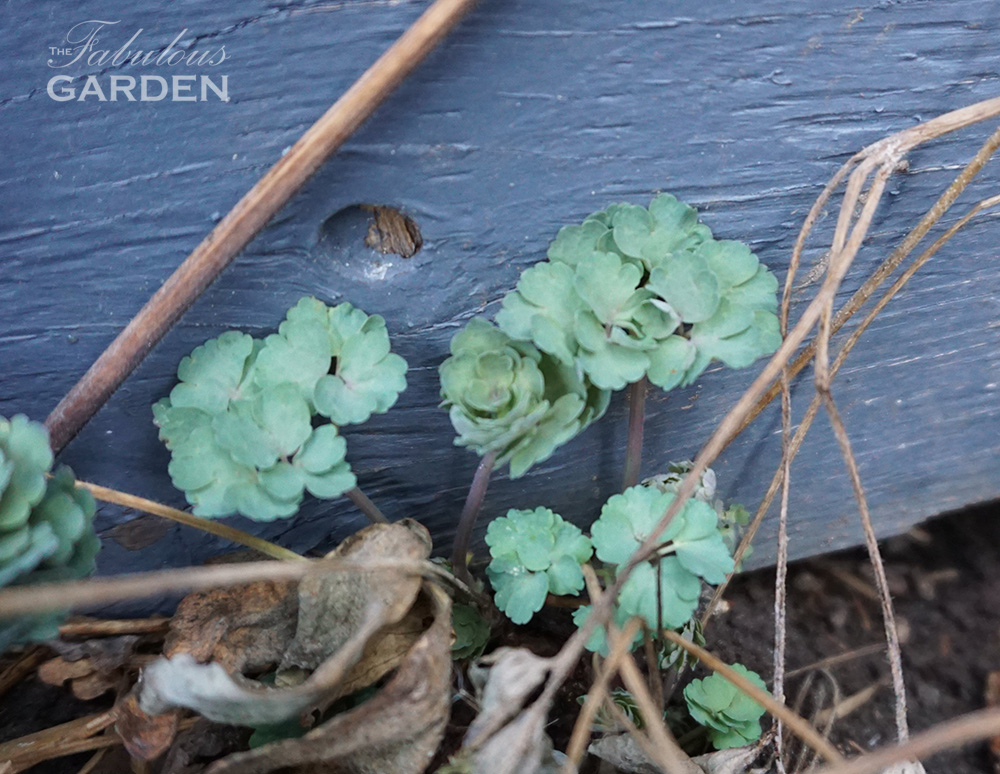 A young Columbine (Aquilegia) plant emerging in spring. The leaves are, unfortunately, often marred by the tracks of columbine leaf miner later in the summer.

Columbines grow well in full sun but can tolerate a spot that only gets part sun. They don’t need a lot of coddling and are winter hardy to USDA Zone 3 (i.e. you can grow them in most populated areas of Canada, except the far north). They aren’t subject to many pests and diseases, and they usually self-seed (i.e. they drop seeds one year that will then spring up as new plants the next) with interesting new cross-pollinations very easily.

However, just like with so many things, there’s one in every crowd that decides to be difficult. One of my favourite columbines is a double white one that sprung up in between the paving stones next to my neighbour’s house. Both my neighbour and I love it, but neither of us can get the seeds of this particular columbine to grow anywhere else. And because it’s growing in a crack, we can’t get at the plant to dig it up and divide it. Every year we just admire it and hope it decides to self-seed in more places. 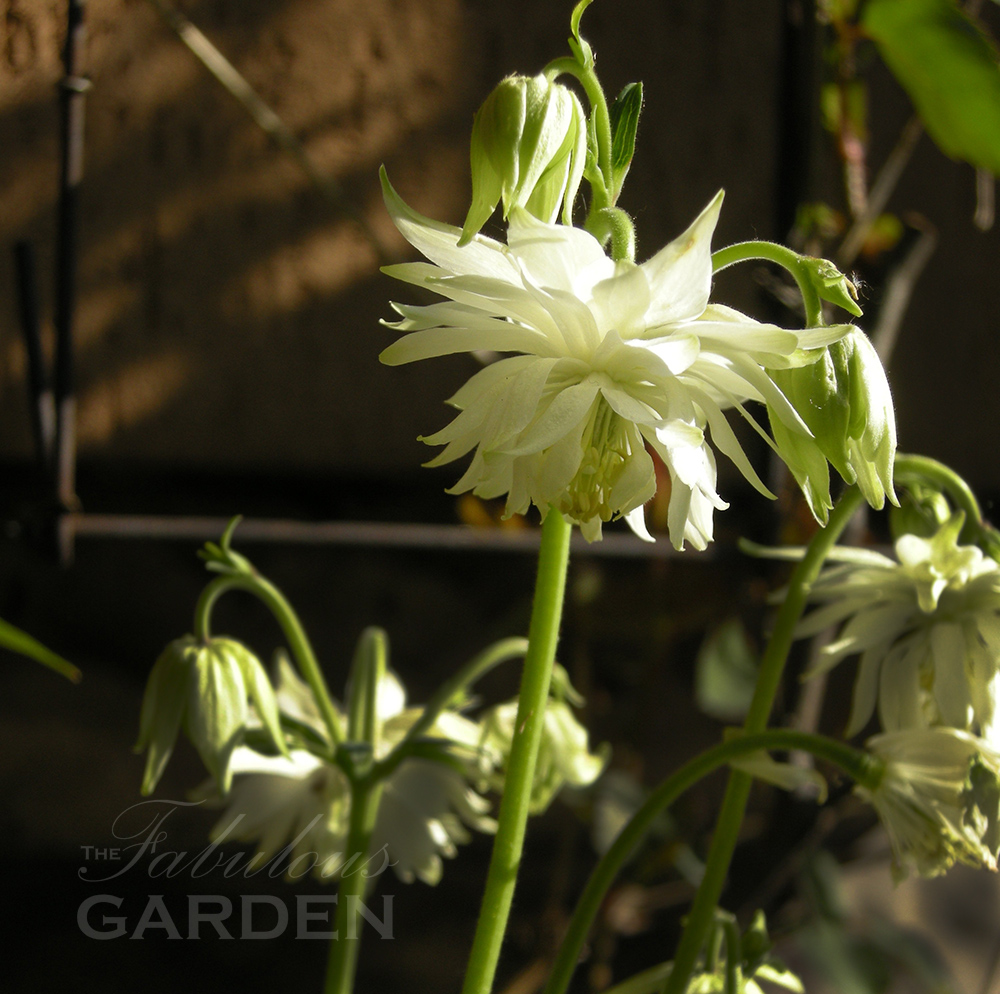 In the meantime, I’ll continue to enjoy the other columbines that spring up through the yard. This dark beauty showed up in the garden a few years ago: 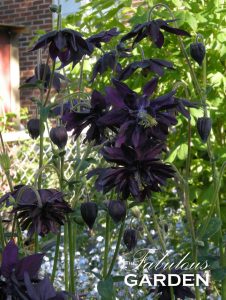 Every time it blooms I’m amazed at the rich colour. If you don’t have any columbines in your garden you should consider adding some–they’re a great and easy to grow flowering plant.
Save

← Keeping birds safe from windowsDo I need to use potting soil in my pots? →