The first time I visited VanDusen Botanical Garden in Vancouver, B.C. it was mid-November and the garden had definitely moved into “winter” stage. I still had a wonderful time, learned lots, and revelled in seeing plants that I’ve heard about but never seen in person. Imagine my excitement then, when I found out that I was going to be in Vancouver with time to visit VanDusen on October 2nd. Everyone knows that  Vancouver has a milder climate than Toronto so I assumed the garden would still be in full late summer bloom.

Well, I learned something very quickly upon landing—fall, the cold kind that kills off your tomatoes and heralds the leaves on the trees changing colour, happens much earlier in Vancouver than in Toronto.

The floral dress and sandals I had brought with me for a work function, completely appropriate the day before in Toronto, were starkly out of place next to the woolens and fashionable boots adorning those around me. Hrm.

So, one day I will visit VanDusen Botanical Garden “in season” but not this year. However, VanDusen is still a stunner of a garden in the fall, and I took at least two blog posts worth of pictures to show you.

First, there were still some flowers blooming in the perennial gardens. I had a marvelous time photographing the black eyed susans (Rudbeckia) in one particular flower bed, enjoying the many variations of the flower. 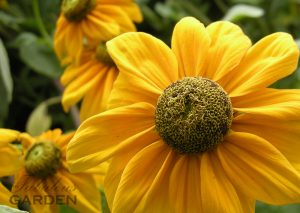 I’m not clear whether the gardeners planted several varieties or if this was random cross-pollination, but take a look at these photos and notice the difference in the shape/direction of the petals and the differences in the centres of the flowers: 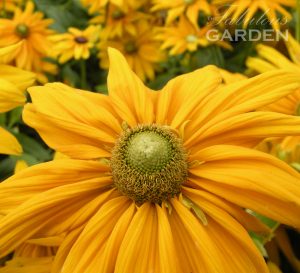 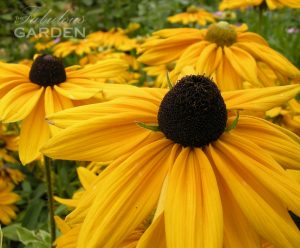 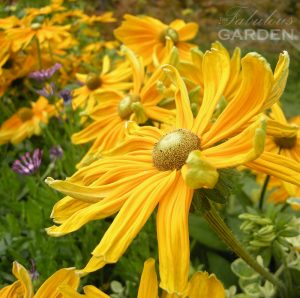 Mixed in amongst the black-eyed susans were some purple flowers unlike any I’d ever seen before. Google tells me that they’re a type of Osteospermum (with the common name of “African daisies”) but I’m not sure of the specific variety: 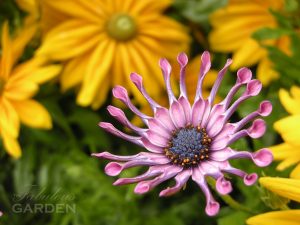 What a funky flower!

Many of the plants that were no longer in flower had beautiful seedheads. I’m not quite sure what plant this is (and I just spent a ridiculously long time trying to figure it out, so please leave a comment below if you happen to know), but I love the contrast of the black seeds and the texture of the papery casings. 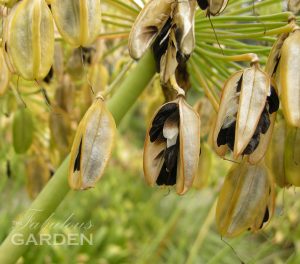 Appreciating a garden in all of its seasons requires looking for more than just the big, showy blooms. There is just so much to see in a garden like this if you’re willing to take the time and look closely.

On that thought, I’ll show you more–beyond the blooms–in next week’s post!