Weeding is an inescapable part of gardening. You can minimize the amount of it you have to do by using mulch and planting intensively (less space between plants means less space for weeds) but you’re always going to have some weeds to deal with. Ignoring them just leads to more weeds, so it’s a battle that needs to be fought continuously. Especially in the heat of summer, it can be tempting to give up the fight, but you’re a better gardener than that! I find that tackling small areas at a time, in the cooler parts of the day, is a good strategy.

First off, you need to identify which plants are weeds. The loose definition of a weed is any plant that grows where you don’t want it. In my garden, black eyed susans (Rudbeckia) are sometimes weeds—they self-seed everywhere. So I treat them that way, even when they’re blooming (which, I’ll admit, does require a bit of ruthlessness.) There’s no need to learn the identity of every weed in your garden, unless you want to—it’s wise to familiarize yourself with those that might cause a skin reaction (e.g. poison ivy, poison oak, giant hogweed) but otherwise feel free to pull out anything that’s interfering with your vision of what a fabulous garden should look like.

The secret to less weeding:

The key to weeding is to not just remove the plant that’s above the ground but also the roots below ground. Depending on how insidious/persistent/adaptable the weed is, leaving even a little bit of the root behind can result in regrowth. Get all of it out.

For most weeds this can be done, when the soil is damp, by grasping the weed near the ground and gently pulling. 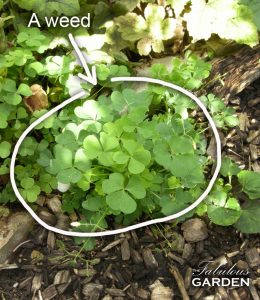 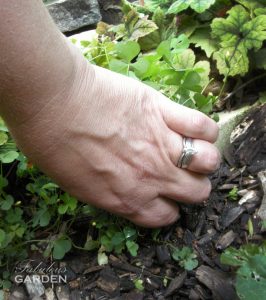 Step 2. With soil moistened, get a firm grip on the weed 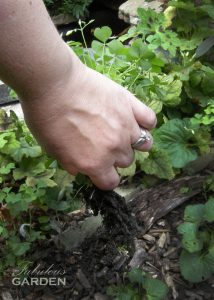 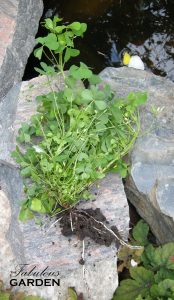 Step 4. Marvel at how vigorous weeds are, then compost the weed

For weeds with long taproots, like dandelions, or those growing in compacted soil,  you often need a small trowel or some sort of implement (a flat screwdriver will work in a pinch) to push into the ground alongside the weed (between Step 2 and Step 3) and then pry upwards as you pull, popping the weed and its roots out of the ground.

The next best thing to weeding:

If you’re behind on your weeding and you see that your weeds are flowering but you can’t pull them all out right then at least snap the flowers off. This will prevent the weed from setting seed and causing you more weeding in future.

Dealing with a lot of weeds:

If you have a lot of weeds in an area without other plants (e.g. on an interlock pathway, cracks in your driveway, etc.) there are ways to kill them off without actually pulling them up individually. I do not recommend applying herbicides created from synthetic chemicals for this (there are some very limited uses where I believe these herbicides do have a place, but general weed removal in your garden is certainly not one of them).

My favourite method to get rid of a lot of weeds in my garden paths is to pour boiling water over them. I boil a kettle full of water, run it outside while it’s still hot, and pour it over the weeds so that it soaks down to the roots. It smells a bit like cooking spinach. In a day or two the plants have withered and died. If they haven’t, I do it again, using a greater quantity of boiling water. Note that you don’t have to boil a kettle of clean water for this—you can use the water you just drained from a pot of pasta or (my trick at this time of year) the hot water left in your canning pot after you’ve pulled out the last jar of jam.

Another method I’ve heard of, but never used myself is burning off the weeds with a blow torch. This only works where weeds are growing on non-flammable surfaces (e.g. an interlock patio or driveway), when there are no flammable materials around (dried plants, vehicles, houses, etc.), and is best done when there is no wind. Those who have used this method it tell me that it’s very quick, effective, and doesn’t require you to bend down. Remarkably, you can buy a torch specifically designed for this purpose. Use it at your own risk.

I’ve also heard of people dousing their weeds with vinegar with an acetic acid level of 20% or higher (in fact, this is the main ingredient in most of the weed killers you can buy legally in my city right now). It does work, when you use enough of it, but, just like herbicides derived from synthetic chemicals, it does not discriminate between a weed and your prized begonia. It also changes the pH of the soil in the area where you’ve used it for a time, which means you won’t be able to grow other plants in that spot until it regenerates. It also kills off the organisms (such as worms) that live in the soil. If you want to use this method do some research and really think about whether it’s appropriate in your situation.

The method I use most of the time is the tried and true—knees to ground, hand to weed, one weed at a time. Repeat. 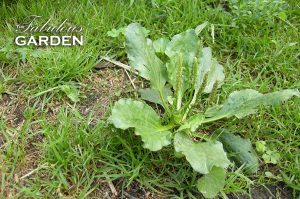