I decided to start this year, largely because the fruit and tomatoes I want to store over the winter vastly exceed what can fit in our fridge freezer and our upright freezer. Canning seems to be a sensible and economical way to go. As a bonus, my parents have a sizable collection of spare canning jars, and they were willing to  share.

Saturday morning I struck it rich at the Weston Farmer’s Market. I wanted to can some peach sauce, and with this being a long weekend, it seemed like the perfect time. But the peaches on display at the market were quite firm and wouldn’t be fully ripe for a few days—smack in the middle of my work week. I asked the farmer I always buy peaches from if he had any seconds, thinking he might have a basket or two of discards, too ripe or too warty to sell. Turns out he had plenty of them. For very little money I was handed two cardboard flats—roughly equivalent to a dozen baskets—filled with slightly imperfect fruit. 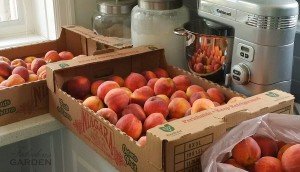 Our car reeked wonderfully of warm peaches on the ride home.

The big canning vat came up from the basement. I figured out a recipe—a combination of my standard peach sauce modified to match the safe-for-canning one out of the Ball Blue Book—and was off to the races. I heard the lids ping sealed almost immediately after I lifted the first batch out of the canner. Eureka it worked! And there were seven jars of glowing orange sitting on the counter, an amazing collection of peach deliciousness! On to the next batch! 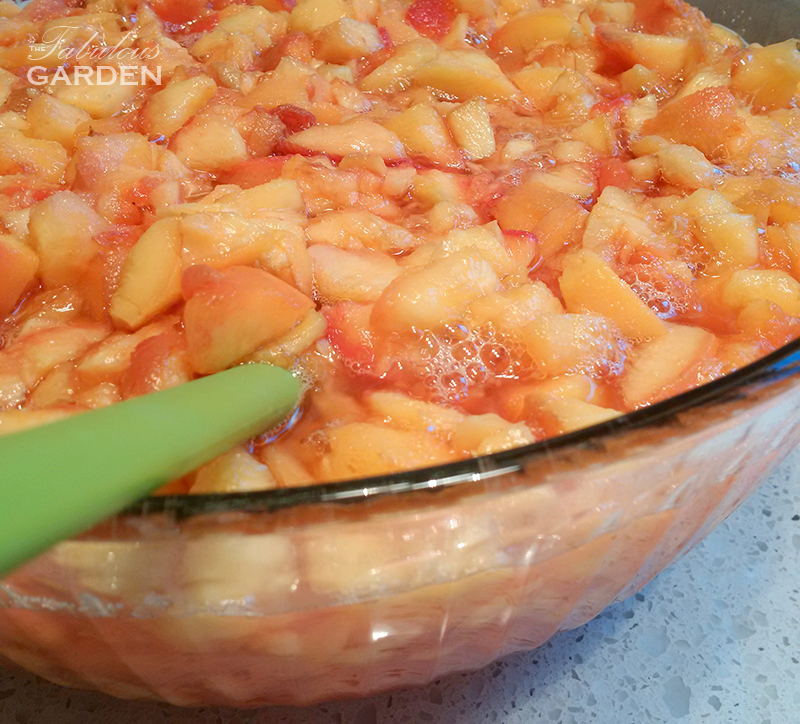 Another row of gleaming delights were created, and then I started to think about jam. Specifically a beautiful jar of peach jam my friend Agnes gave me last summer, which I saved until a miserable day in February, and was ever so pleased I did. A peach vanilla jam recipe was found, peaches peeled and chopped, cooked down, into the jars, and into the canner.

While waiting for them to process, I came across a recipe from a good canning blogger for peach jam with cinnamon and nutmeg. Hmm, I bet that would be tasty in fall. More peaches peeled and chopped. More jars prepared and processed. 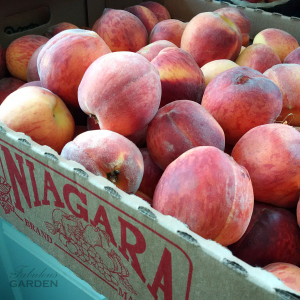 The counter still had ripe peaches, and fruit flies were beginning to circle.

Another batch of peach vanilla jam went in, because the first was so pretty and so darn tasty. And then I started looking at recipes for peach butter. But by now the peaches left on the counter now were just the not quite ripe ones. Time for a breather. 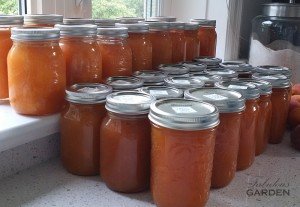 There are now thirty-four jars of peaches in various preserved forms lined up on my counter. Peaches will be in season for another three weeks at least. Not to mention that the tomatoes have just started to produce.

This is why I was afraid to start canning. 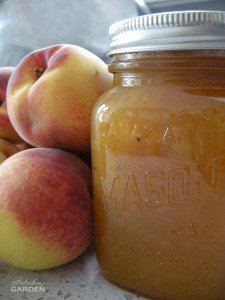 This article was originally published August 3, 2015 on jenniferarnott.com, my old blog. Because it was a favourite post, it’s been migrated to TheFabulousGarden.com

Nothing better on a snowy February Saturday morning than peach jam on toast, hot coffee, and a warm cat: 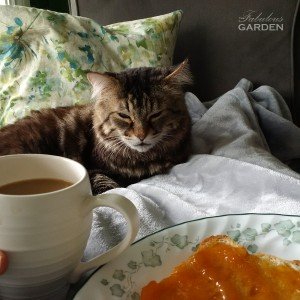