I’ve purchased many beautiful plants that came in those ubiquitous plastic planters with the plastic hangers on them. I’m not fond of the look of these hangers, so even if I do plan to hang the plant up, I always take it out and repot it into a nicer hanging basket. Often though, I want to use the plants in other planters or in the ground.

It’s a lot easier to get the plants out without damaging them if you remove the hangers first. Until I knew the little trick to doing so, I wrestled with them, sometimes resort to just cutting them off. Maybe others figured this out sooner than I, but I finally stopped wrestling with the clips long enough to have a good look at them, and learned that they’re really easy to take off if you move them the right way.

Here’s a 30 second video showing you how:

And now you’ll never need to wrestle with those little bits of plastic ever again! (Note: I’d prefer not to be buying plants in plastic period, but right now there aren’t many alternatives available. My compromise is to reuse my plastic as much as possible, until it’s finally ready to be recycled or trashed.) 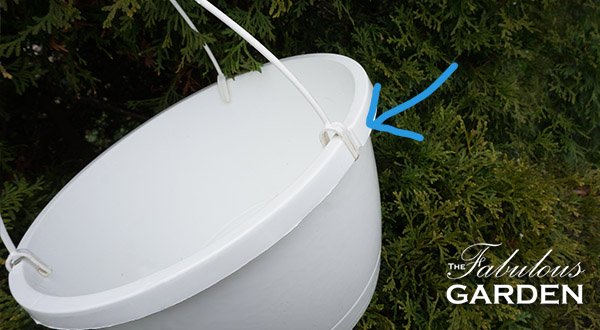 Another Style of Hanging Basket Clip

Days after publishing the above I reached into a newly purchased hanging basket of geraniums to pop out the clip and felt something unfamiliar. I pulled back the leaves to have a look and discovered that the hanging basket manufacturers had created another design of hanging basket clip. I was stymied for a minute but then realized that it’s based on the same principle as the style above, except that the clip resides within the rim of the basket instead of hanging onto the edge of the rim. It’s also oriented 90° to the other style of clip (i.e. sideways).

I pushed down on it a little bit in order to show the full structure to you: 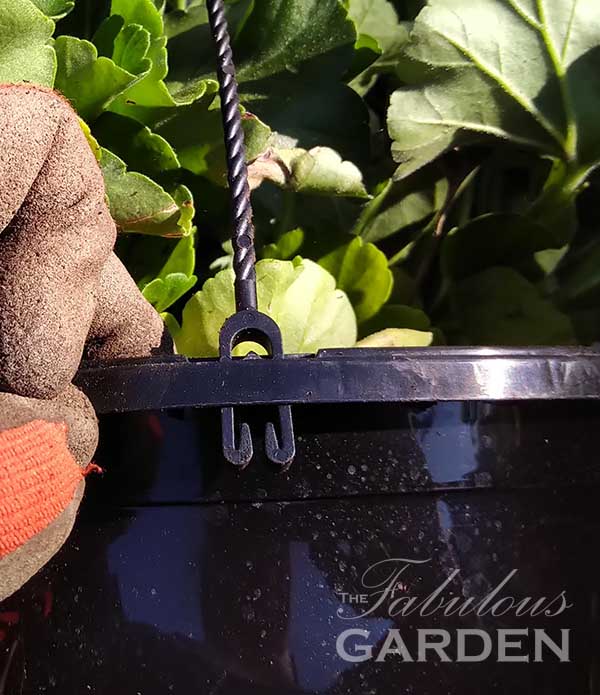 When it’s properly in place, those little “U’s” at the end of the clip catch onto a little bar of plastic within the rim. This is probably more secure than the other style, where only the outside “U” caught onto the rim. Nicely done product developers.

But I didn’t want to keep the clip secure, I wanted it off! The way to do this is to push it down so that you can see the two prongs, as above. Put your thumb under the prongs and pull them apart slightly–wide enough to get them on either side of the bar that they normally catch on–as you push up. 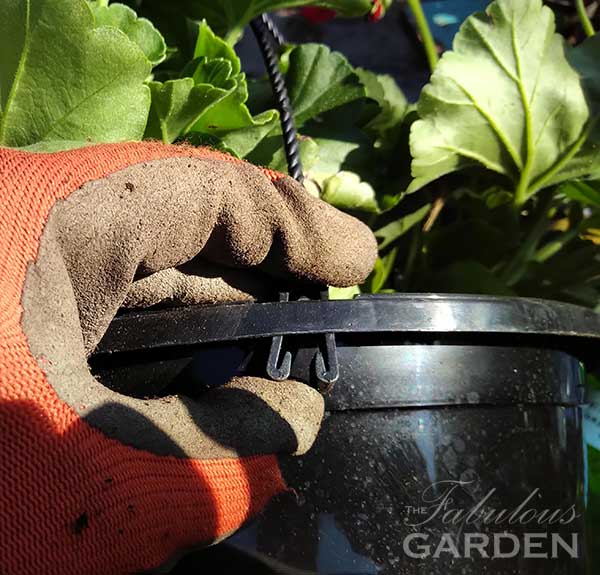 You need to pull both sides apart simultaneously, so it’s much better to do this with two hands (my other hand was busy holding my camera, so do as I say, not as you see me do in this instance please). 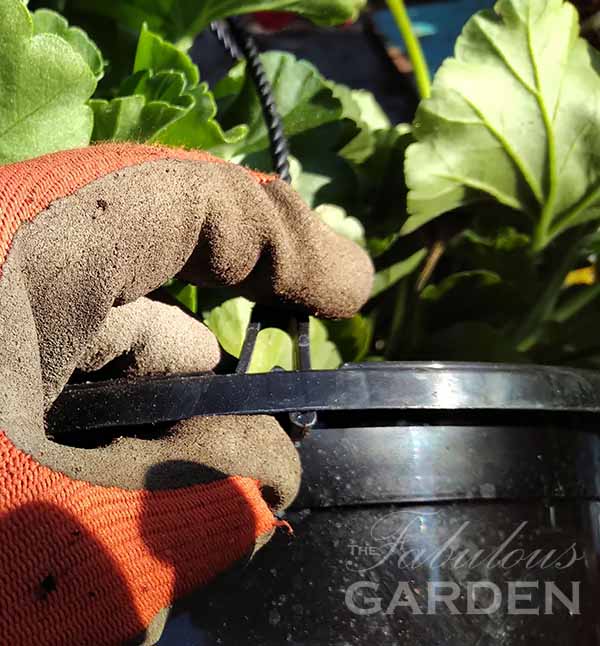 ← How to Grow Tomatoes From Seed – Part 3Is It Ok to Braid Daffodil Leaves? →