I’ve written previously about how I created my little pond (aka my pond-in-a-bucket) out of a hard sided pond liner. Because it’s made out of hard plastic I believe it could crack over the winter if I were to leave it full of water that would then freeze. 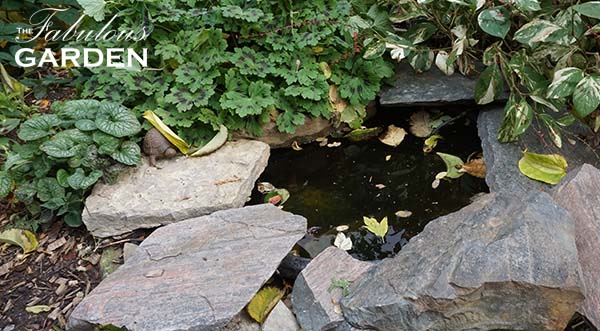 So in late fall every year I “winterize my pond,” which is a fancy way of saying I take all the water out of it and cover it up. 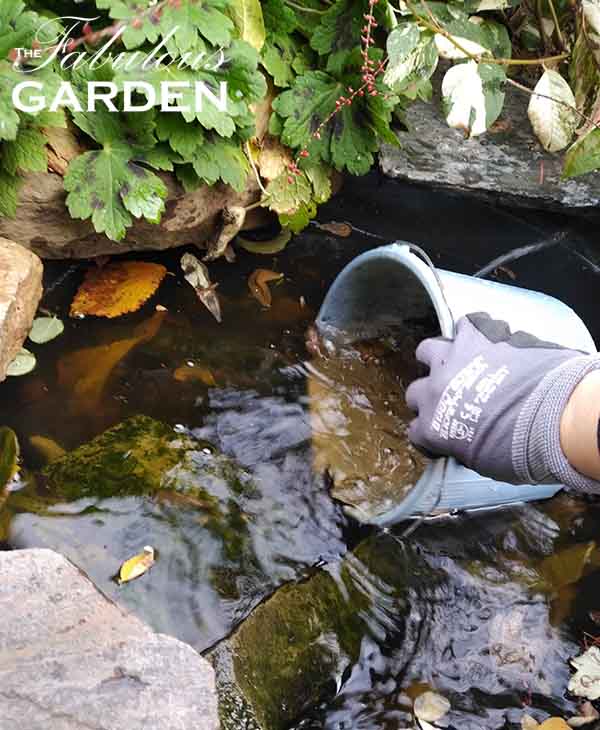 I usually get the water out by hand, with a small bucket. I bail until I hit rocks, then I lift out that layer of rocks and set them aside. Bail some more until I hit the next layer of rocks, remove them, and so on. Eventually I’m left with an empty pond and a stack of slimy rocks and my pond pump. 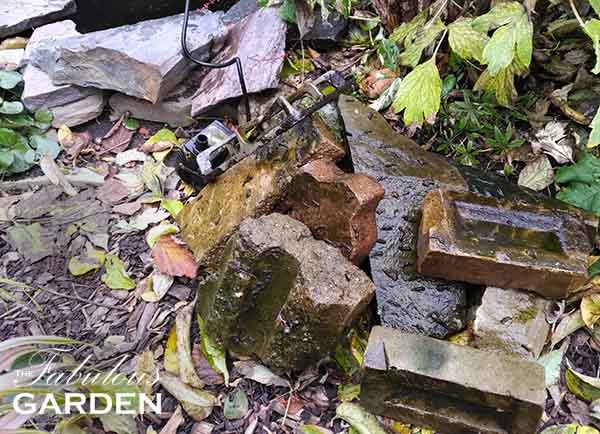 In years when I’ve left the task too late and it’s really cold out, I have extracted most of the water using my Shaker Siphon Hose* which is a little brass gadget on the end of a clear hose. You put the brass end in the water, shake it up and down (not side to side) a few times, and the water flows out of it. The challenge is that the open end of the hose has to be lower than the brass end, in order to work. My pond is sunk into the ground, but that part of ground is a little higher than the path beside it, so I’m able to achieve that brass end higher than the open end to a point (and I did cut some length off my Shaker Siphon Hose). But it doesn’t work to get the water out of the very bottom of the pond and I still end up bailing that last bit out by hand. 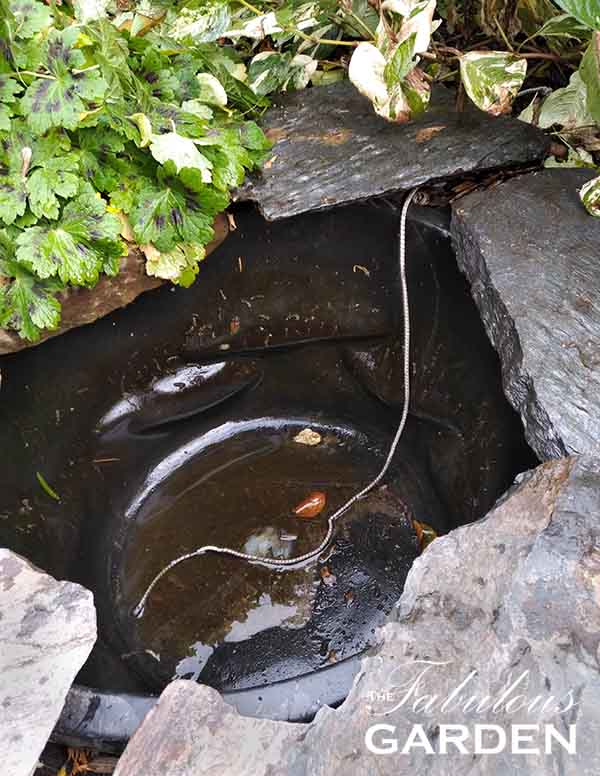 Once I have the pond empty (and by empty I don’t mean bone dry–a little puddle of water at the bottom isn’t likely to cause a problem) I secure a string under a rock on the ground and run it to the bottom of the pond. This is my critter ladder so that if a mouse or other small creature falls or climbs into the pond over the winter they have a way out. I do this for two reasons. One, because I don’t want to cause any animal to suffer (and starving to death while running around the bottom of a pond until passing out from exhaustion/starvation would be suffering). And two, because I don’t want to have to deal with any dead carcasses when I open the pond up next spring.

Once the critter ladder is installed I cover the pond over with whatever I have on hand that will keep most of the snow, ice and rain out of it. A piece of plywood that’s a bit larger than the pond will work. I had a couple large black trays handy this year so that’s what I laid out on top of my pond, and then Iweighed them down with the rocks I took out of the pond, so that winter winds wouldn’t blow them off.

If I had removed all of my decorative rocks from around the edge of the pond, I could have stretched a small tarp or heavy plastic garbage bag over the pond, and run a rope all the way around under the pond rim (as I did place the pond liner just above ground liner when I installed it) to tie it shut. This would create the most watertight seal. But it took me quite some time to get the rocks placed around the edge of the pond in the way that I liked, so I was loathe to take them all away for the winter and then have to figure out how to arrange them all again next spring. 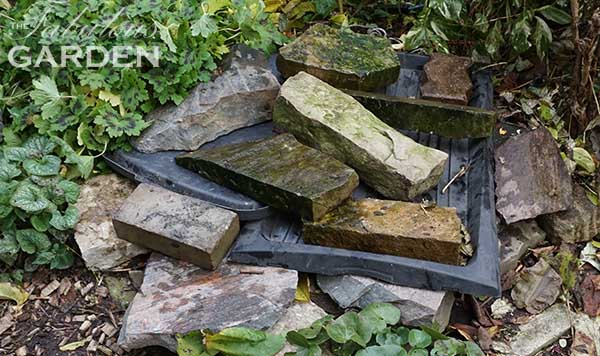 The pond is ready for winter.

I’ve winterized my pond like this every year and my pond liner is still in tact. I did have to fix one small hole in the liner this year, but I don’t believe it was caused by water freezing in the pond. Usually when I open the pond up in the spring I dofind that a little bit of water has seeped in, but it’s minimal.

Once the water pump is out of the pond I give it a rinse in some cleaner water (here you see me dunking it in a rain barrel) and leave it upside down in my shed to dry out. 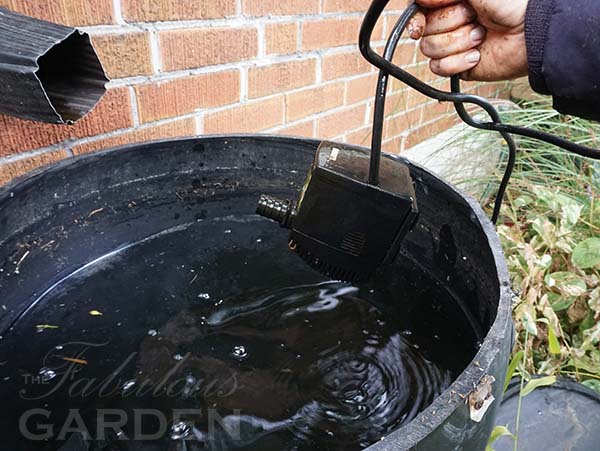 I’ll reposition it a couple times over the next week in order to get all the water out, as I want it to be completely dry before the temperature in the shed gets below freezing. In the spring, I will take the cover off of the pump and clean it well, before reinstalling it in the pond. It would be a good idea to do that in the fall, but my interest in doing those types of chores is a lot greater in the spring than it is now when the days are getting shorter and the temperature is falling.

Which reminds me of one of the most important tips about winterizing your pond: do it before the weather gets cold! It’s a very unpleasant task once the winds are howling and your hands are wet with murky pond water.

← Gardening Is Paying AttentionWhat do you do with hostas in the fall? →