While out shopping for annual plants for my containers this spring I was stopped in my tracks by a petunia unlike any other I’d ever seen. Hanging baskets, placed just above head height, contained purple petunias splotched with white dots, looking very much like stars at night: 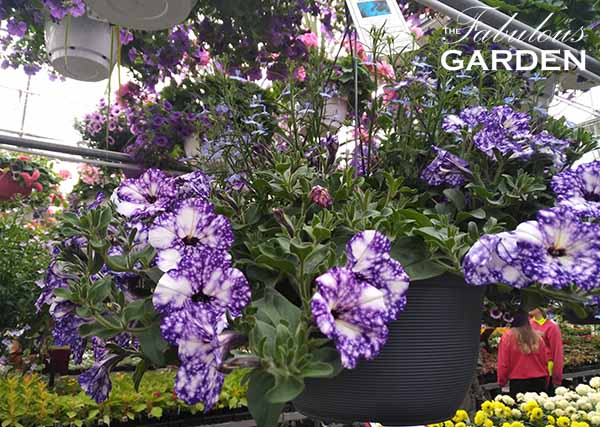 Indeed, it turned out that this variety of petunia was named ‘Night Sky’. 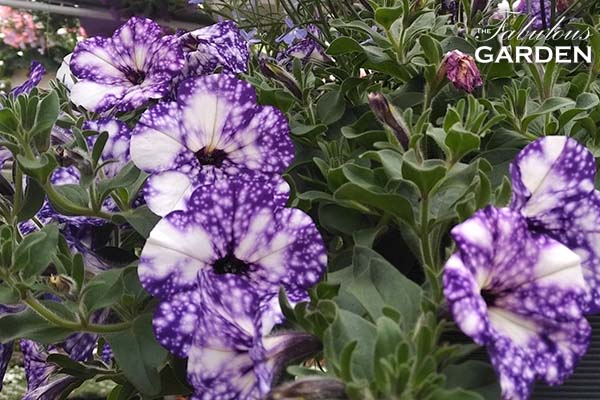 So neat! Three of these petunias, not yet in bloom, jumped into my cart and came home. I planted them in early June a planter on the side of the house, paired with some white salvias. This photo is from June 3rd:

They didn’t look like much yet–just one slightly spotted bloom among the lot, but the plants were healthy and full, so I was optimistic.

A few weeks later, they were everything I’d hoped for. These photos are from June 23rd: 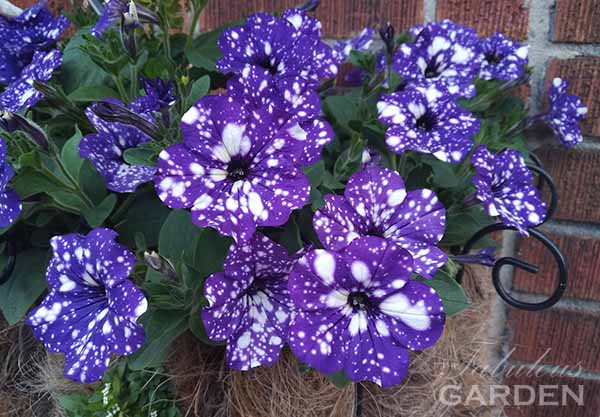 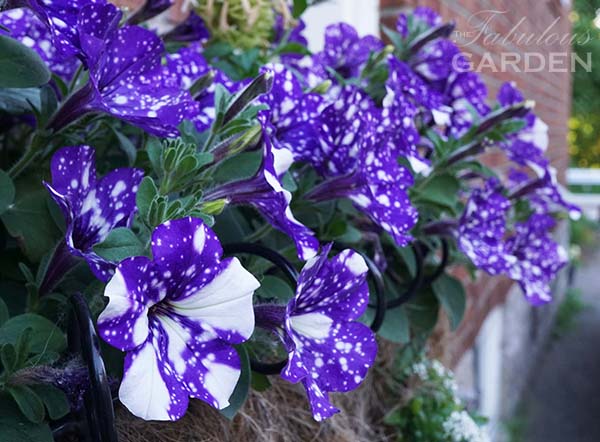 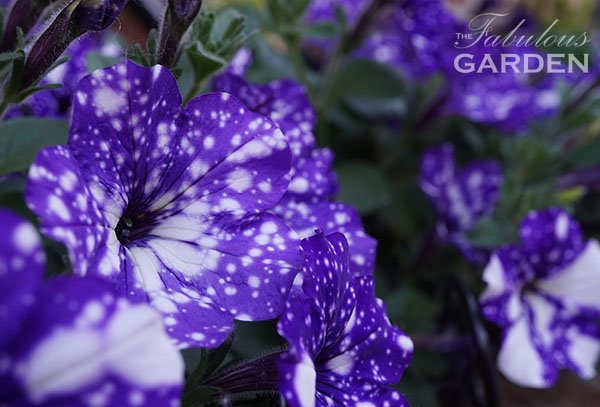 I was pretty chuffed with these cool new petunias. I did some digging in the horticultural trade publications and learned that Night Sky petunia is quite a new creation. It was first been shown to retailers in 2015, but not released to the market until 2017 as breeders were working to improve the pattern (note: I love hearing this, as plants sometimes get rushed to market before they’ve truly been tested and their characteristics and quirks fully understood).

Why Did My Night Sky Petunias Turn Purple?

While growing this plant over the course of the summer I noticed that the pattern changed quite a bit. In fact, I was thinking that maybe this plant had been rushed to market as they hadn’t yet figured out how to make the starry pattern last.

Look a this image from July 28th: 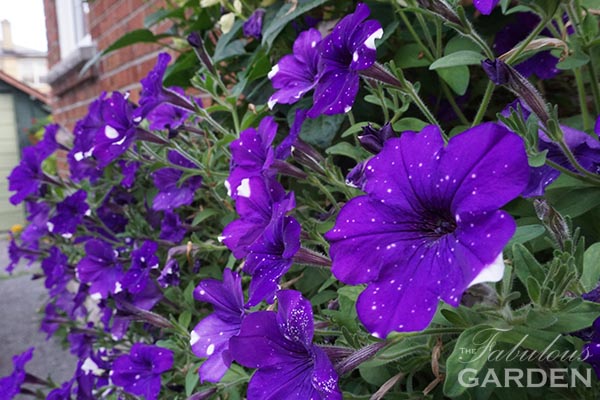 Looks like some clouds are obliterating the stars in the sky.

I did some reading and learned that the intensity of the markings depends on weather. According to Greenhouse Grower magazine “[Night sky petunia] is susceptible to the environment, so if it’s cooler, the white blotches are larger and if it’s warmer, there is more blue/purple on the plant.” That made sense–June had cooler nights and warmer days, with great colour showing on the petunias. Late July was just hot all the time, with little variation between night and day.

My Modern Met, an online magazine “that celebrates creativity,” wrtoe about these petunias in 2017 and contacted Burpee, one of the largest growers in North America to ask about the changing splotches. They wrote “According to Burpee, ‘a large variance between day and night temperatures will cause temporary white coloring to form on the flowers.’ Thus, to guarantee that your Night Sky Petunias are always shining, you should aim to keep them toasty warm during the day (around 100° F) and cool at night (about 50°F).”

Right. Unless you’re going to ferry your plants into the air conditioning every night, and back outside in the morning, there’s not much chance of those conditions persisting throughout the summer in Toronto.

The summer went on and so did the heat. August 18th the plants were looking healthy but you’d be hard pressed to notice the white stars: 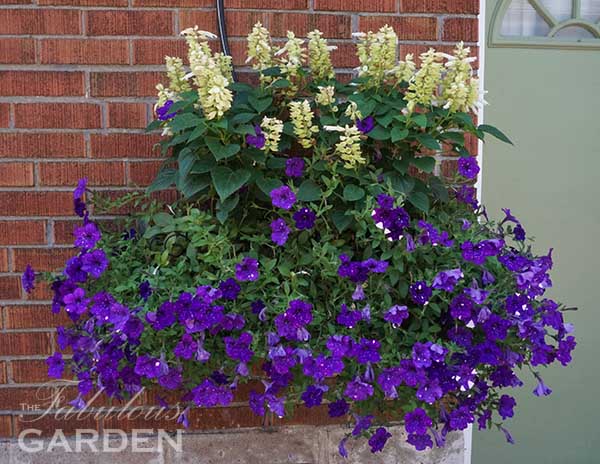 At last, cooler nights arrived with the fall and the petunia skies started to twinkle again. This photo was taken October 14th: 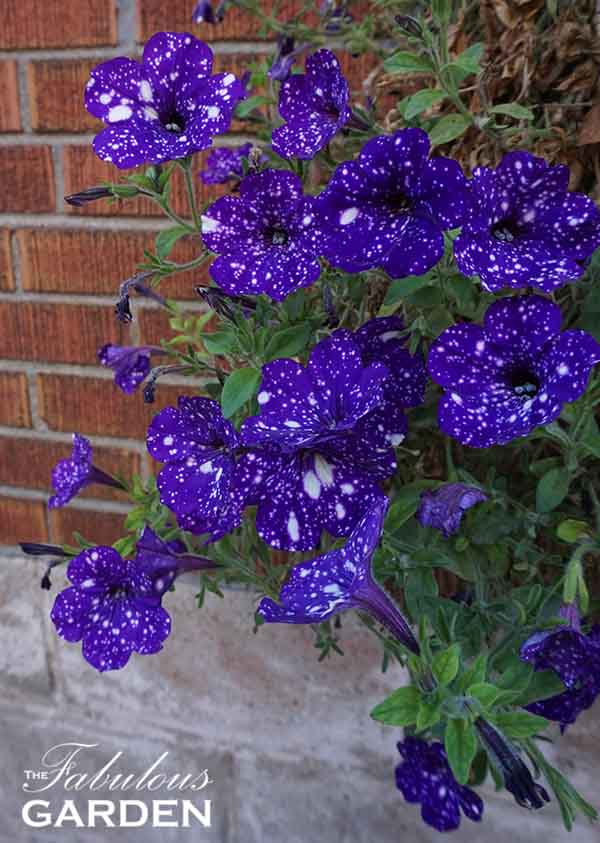 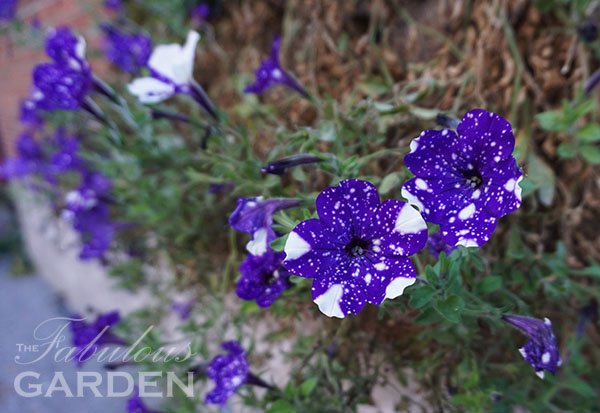 I admit that I was a bit disappointed that the stars didn’t last throughout the whole summer. But I still do think it’s neat that breeders were able to get plants with this kind of marking at all.

How Was Night Sky Petunia Developed?

According to information I found on the the Canadian Food Inspection Agency’s website,1 Night Sky petunias were created by breeder Antonella Capo in Latina, Italy in April 2012 by crossing two varieties of petunias (the romantically named PH-2012-3582 and ‘Suprise Marine’). “Seedlings were selected in April 2013, in Latina, based on the stability of the flower colour pattern and the plant quality. The selected seedlings were evaluated in multiple greenhouse trials between October 2013 and May 2014 and were assessed for cold tolerance, plant growth habit, plant quality, flower colour and flower colour pattern. [Night Sky petunia] was selected as a single seedling for commercialization in the fall of 2014, in Stuttgart, Germany.”

In order to be brought to the Canadian market the plant was tested in a greenhouse in St. Thomas, Ontario in the spring of 2018, where 20 plants were grown and compared to 20 plants of an existing variety at the end of May 2018. I presume that similar trials took place around the world before this petunia was introduced to other markets.

Even though the stars fade in intensity during the summer heat this is still a unique petunia and one I consider worth growing again. I hope to find it in a local nursery next year, and I expect it will become easier to find in nurseries as its popularity spreads.

There are several retailers selling Night Sky Petunia Seeds* on Amazon, but I would encourage you to do your research to ensure that you’re buying from a reputable source if you choose this route. Several listings I saw referred to “bonsai petunias” which is just wrong. These plants grow to be full sized petunias; I suspect the word “bonsai” has been shown to do well in online plant sales and was thrown in to the description to lure in buyers. Buyer beware.

I did read that the breeders who brought Night Sky to market have several other colours joining the sky series. At the nursery I was at I saw the ‘Pink Sky’ variety: 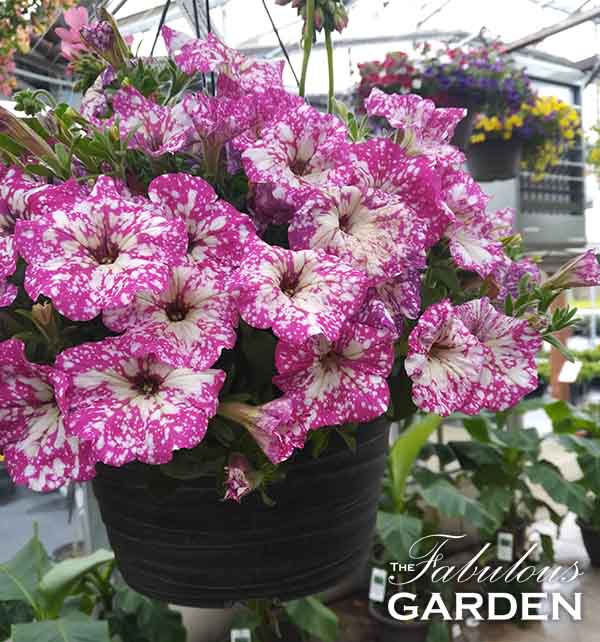 And on the Long Branch Garden Tour this summer I saw that my friends were growing Lightning Sky petunia: 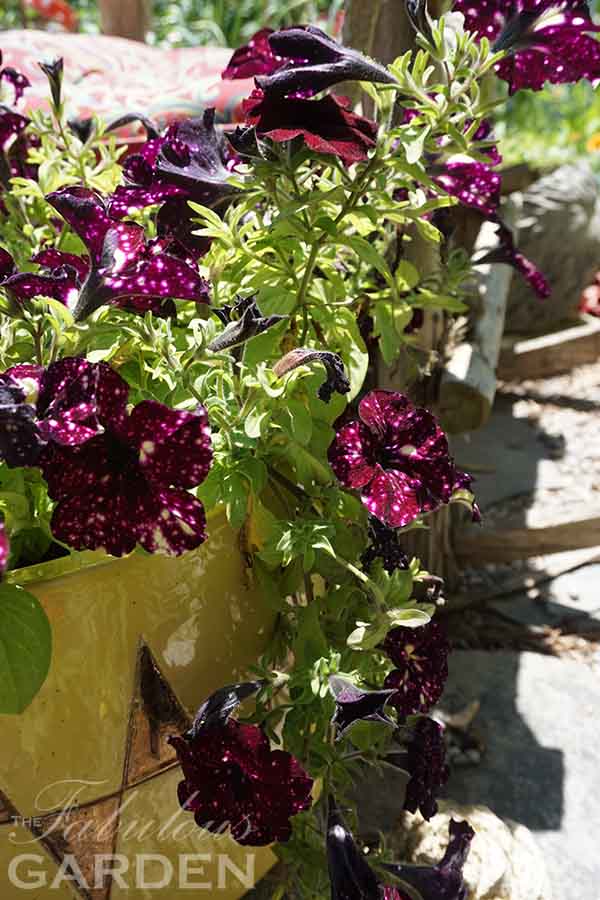 I will have to ask them what nursery they found it at, as I would like to explore the other colours in the Sky series galaxy next year!

Looking for tips on how to grow Night Sky or the other Sky series petunias? Aside from what I’ve written above about keeping them significantly cooler at night, I found that they grow very much like any other petunia. I wrote an article on how to grow and care for petunias here.

This is the growing information on the plant tag that came with mine: 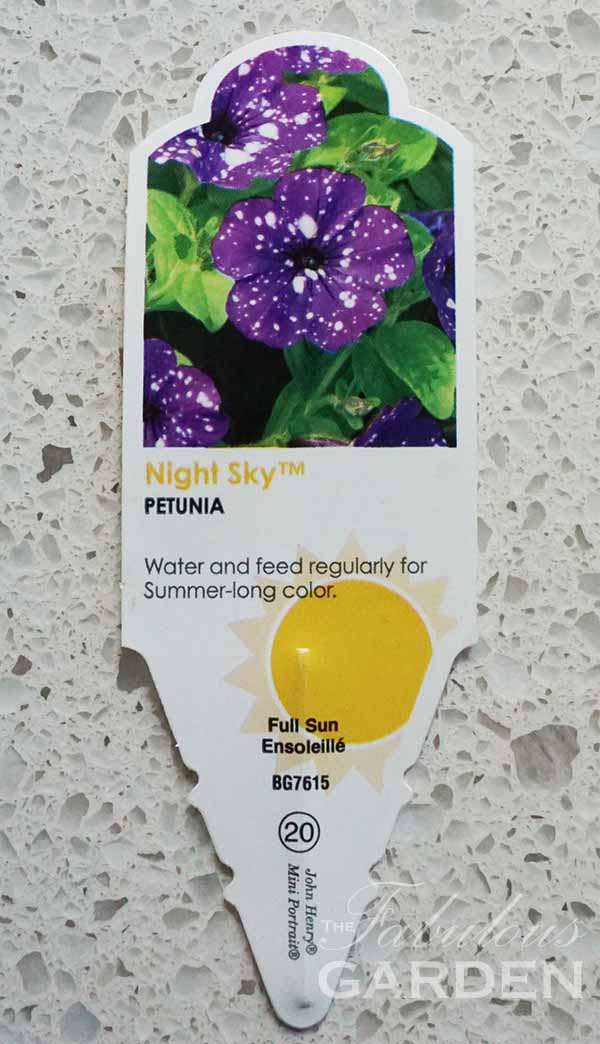 1CFIA is the government body that oversees all food and plants brought into Canada and, from what I can gather, their documentation on Night Sky was part of determining if it was a substantially different variety from other varieties currently on the Canadian market.

← Do I Really Need to Clean the Mud Off My Tools?Gardening Is Paying Attention →