Hostas are problem solver plants–they tolerate a lot of shade so perform well in areas where other plants often don’t, they emerge from the earth in spring with big leaves that can hide the dying foliage from spring blooming bulbs, and they are so cold tolerant that they survive over the winter in pots in most climates. The only pests that really bother them are slugs and snails, which make unsightly holes in the leaves, but this rarely damages the health of the plant. So who wouldn’t want more hostas? Fortunately, it’s easy to multiply the hosta plants you have and I’ll show you how in this post.

Even if you don’t want more plants, it improves the health of your hosta plants if you lift them and divide them every once in a while as they can get crowded after a number of years. Hostas growing in sunny locations spread more quickly than those growing in shady locations (I’m told that professional hosta growers plant them in fields so that they multiply). For a shady location there may be little need to divide a hosta more than once a decade. With more sun, you might divide the plants every few years, unless you want them to take over an area.

When to divide hostas

Dividing hostas is a task for early spring. You can do it as soon as the unfurled leaves start poking through the soil. If you divided a hosta later in the season it would live, but you would mangle the mature leaves and the plant would look like heck for the rest of the season. If you have to divide a hosta in summer because you’re moving and want to take a piece with you or whatever, you can minimize the damage by tying the leaves up along the lines that you’re going to cut so that they’re out of the way–kind of like making pigtails with hair, and the “part” is where you’d slice.

How to divide a hosta

The first thing to do is to dig the whole plant out of the ground with a shovel. 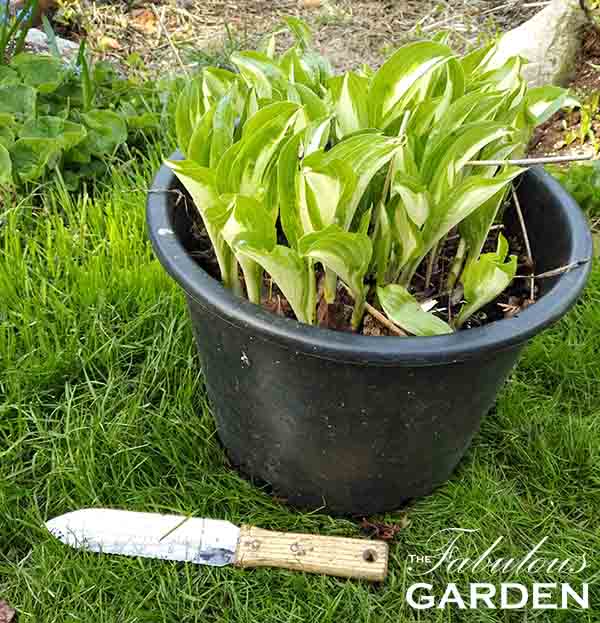 For the photos in this post I’m using a hosta that I had growing in a pot, so it was “dug” out of the ground some time ago. 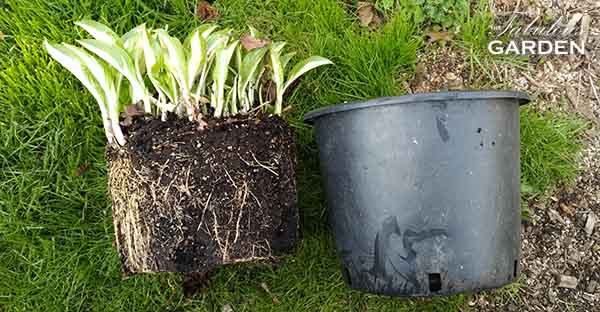 The exact same principles apply, it’s just that my clump of roots will look a little tidier than what you’d dig straight out of the ground.

Slice or saw the hosta into pieces. I like to use my Japanese Hori Knife* but a large old kitchen knife (preferably serrated) or even a hand saw can work. 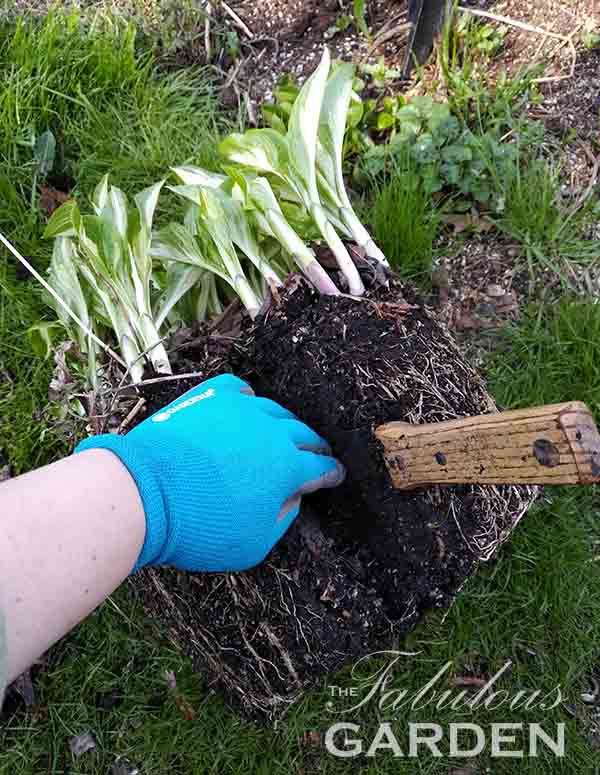 I just stick the knife in and start sawing the root ball in half, making sure to keep my fingers clear of the blade.

From there, I can slice it up into smaller pieces if I wish. In this case, I chopped each half in half again, creating four good sized pieces of plant. 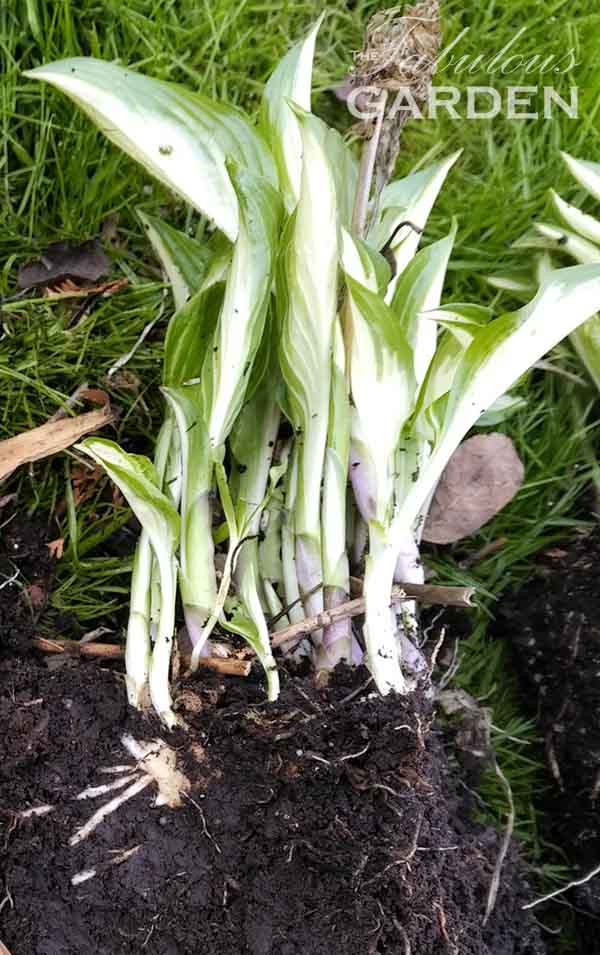 As long as there are roots and “eyes” (the growing tip that the leaf comes out of) you have enough to make a viable plant. In the image above this hosta clump could probably be divided four more times, if I really wanted to make a lot of plants, but each plant would be pretty small the first year. For my purposes, I left the clump as you see it.

Finally, the plants go into the ground or into pots with some soil in them. Treat them like any other hosta you’ve just brought home from the nursery, making sure it’s well seated in the soil and adequately watered, especially for the first couple weeks.

And that’s how you multiply hostas!