Primula, commonly called primroses, are among the earliest perennial flowers to bloom in my garden. Their leaves are almost evergreen, although by spring they’re looking pretty tattered and fresh ones appear. 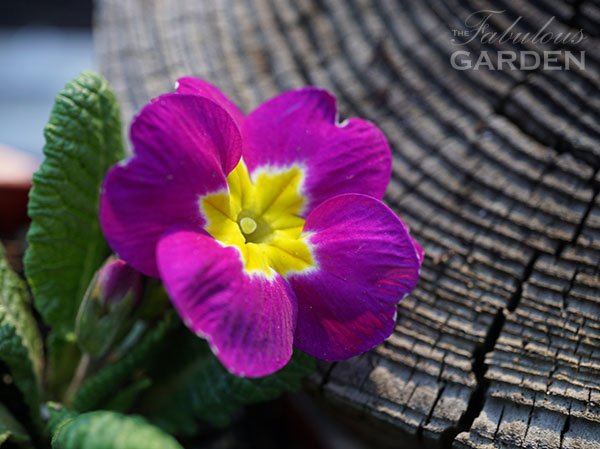 You might think that primulas only come in shockingly bright colours, with simple blooms like the one pictured above, as these are the most common ones available (often in early spring, when we’re all needing a hit of colour, in the floral department at the grocery store and in big box stores). But there are multiple types of primulas and some of them have blooms in more muted shades. My favourite is a white one with “double” blooms (i.e. it has roughly double the number of petals of a single bloom): 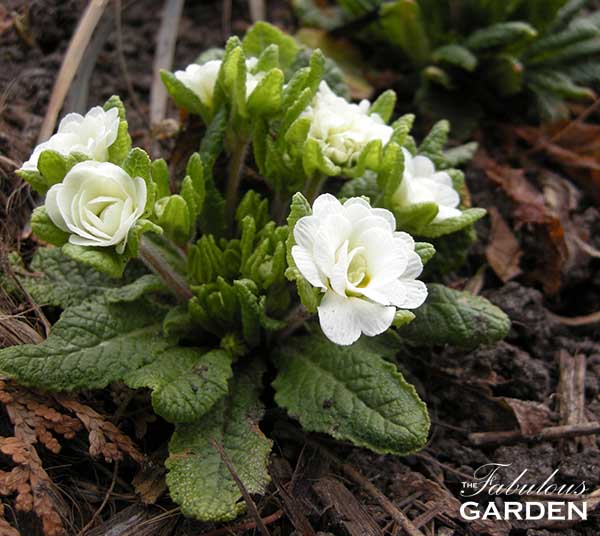 The purple and yellow primula above was purchased in late winter one year, enjoyed inside, and then planted out in the garden. Every spring it comes back and blooms. It’s in a fairly shaded area and the plant hasn’t really multiplied over the years.

The double white primula, on the other hand, came from a nearby horticultural society’s plant sale several years ago. It’s been growing in a sunnier location and I’ve noticed multiple crowns (i.e. more plants) forming every year, so have been dividing it and multiplying my patch in the back yard, as well as creating a new patch in the front yard.

This is the backyard patch or primroses, with one of the clumps of primrose plants (plus one stray crocus) that I’ve just dug up, in my hand: 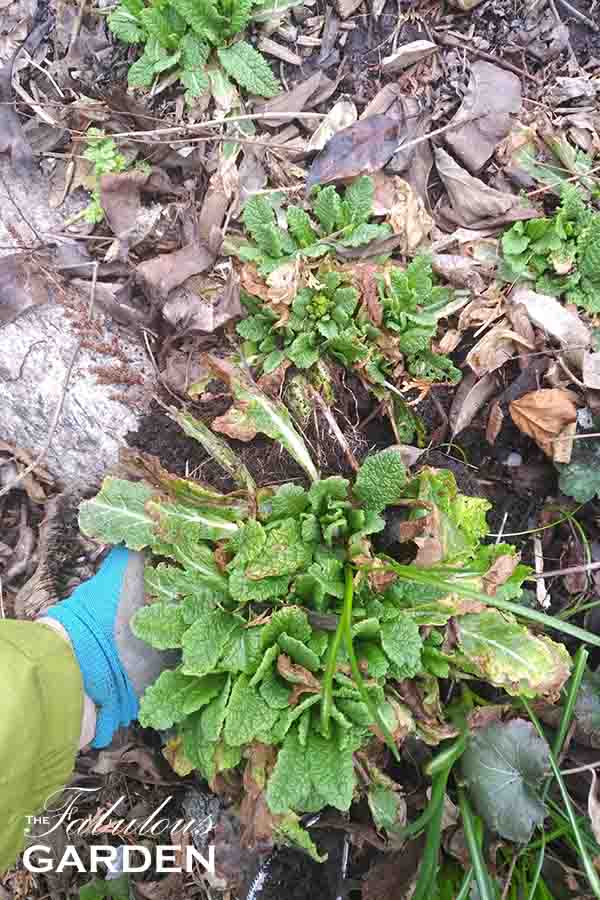 The process for dividing primulas is quite similar to dividing alpine strawberries, which I’ve written about previously.  I started by digging up the clump and then having a look at the roots. 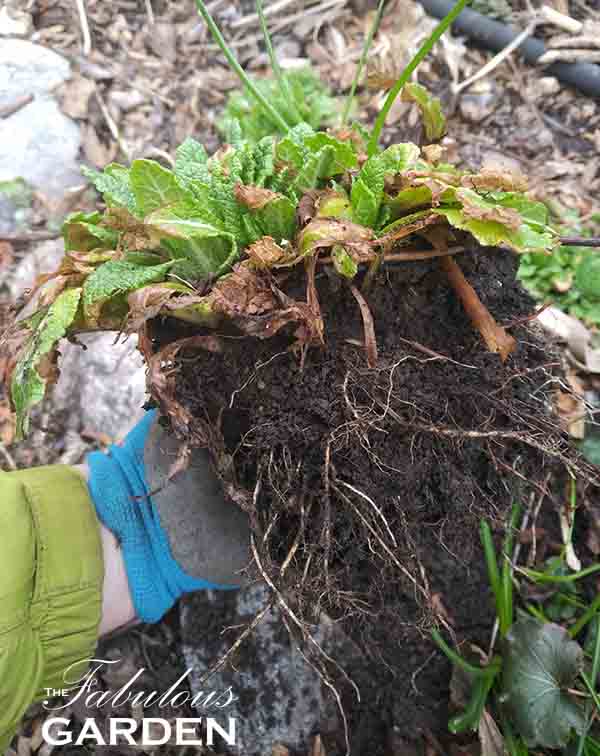 I worked my thumb through them a bit to start to distinguish the individual plantlets: 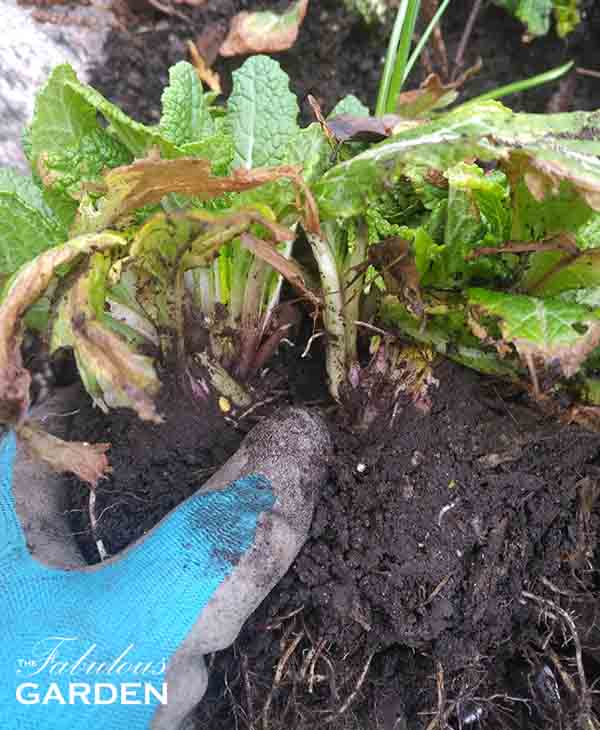 I could soon seen at least four distinct plants:

I gently pulled and twisted back and forth, until six plants were untangled and broken free from each other: 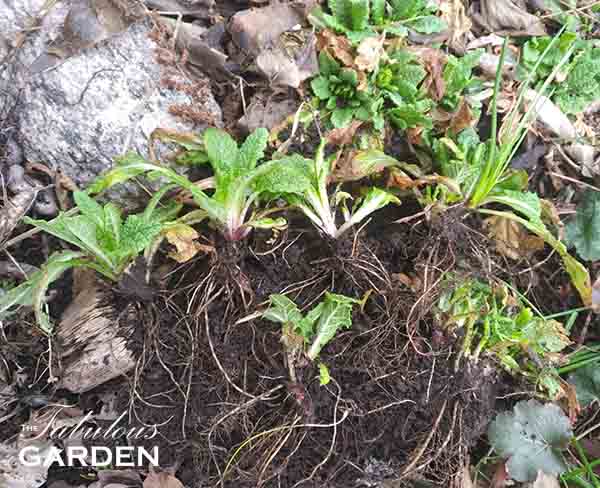 I dug holes and popped a few of them back in, further expanding my backyard patch. I ensured the roots were covered with soil, and watered them in. They’ll settle in quickly and will be blooming with their undisturbed cousins in a few weeks.

I wanted to pot up the others for a plant sale. You’ll see in the following photo that the roots are quite long. They won’t fit into my little 4″ pots without twining around. It’s better to trim the roots and stimulate their growth, than have them twisted around, so I took my secateurs and gave them a quick snip. 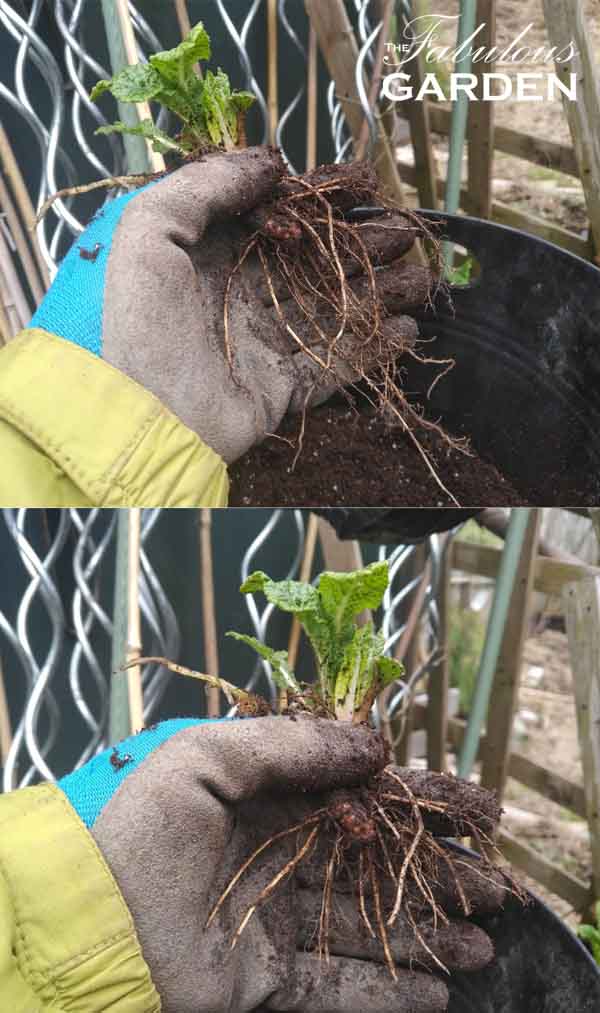 From there I put each plant into a 4″ pot, filled it with potting soil, tapped it down, and watered the plants in. I also trimmed off the ratty leaves from last year. They’ll be blooming and ready for a sale in a few weeks.

I believe that the secret to multiplying primulas well is to do it very early in the spring, when they’re first emerging. I’ve divided them later on in the season and they’ve survived, but I they take longer to recuperate.

One of of my favourite photos from my garden was taken a few years ago of a double white primula. I added a very appropriate spring garden quote to it, and featured it on my Garden Quotes and Sayings page. 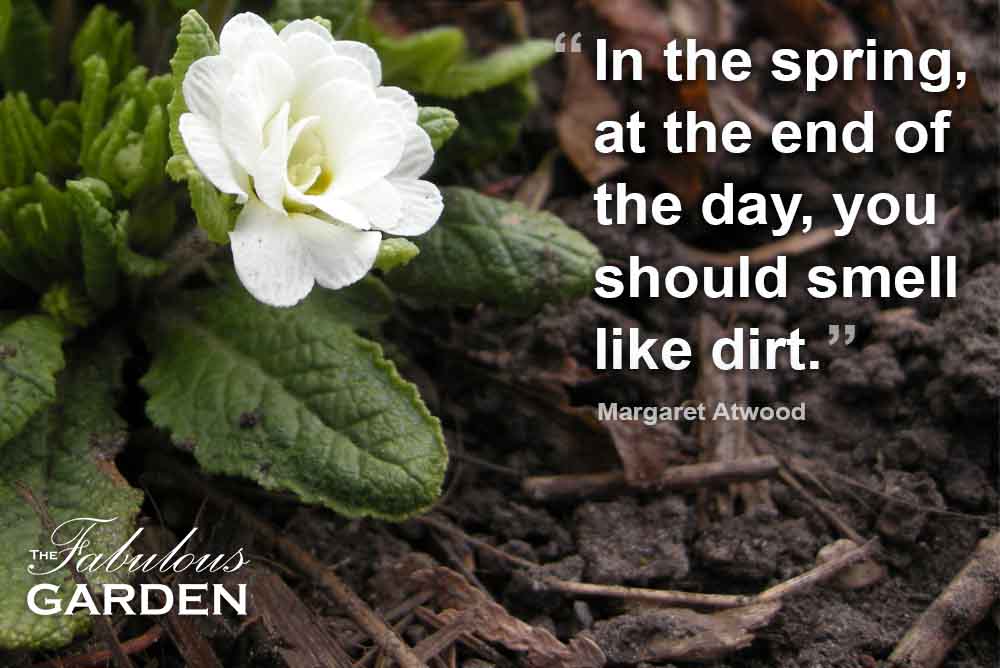 ← Compost for the Garden (for Urban Gardeners)How to Prune Hydrangeas →