Baptisia australis is one of those perennial plants that bursts forth from the ground in spring with a lot of energy, unfurling fully developed leaves as it shoots upward: 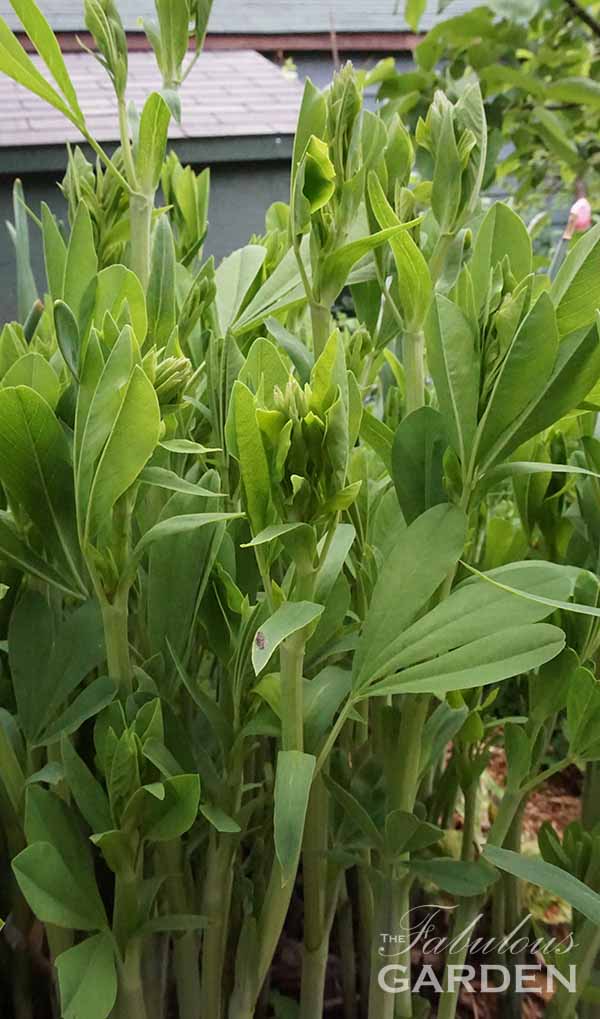 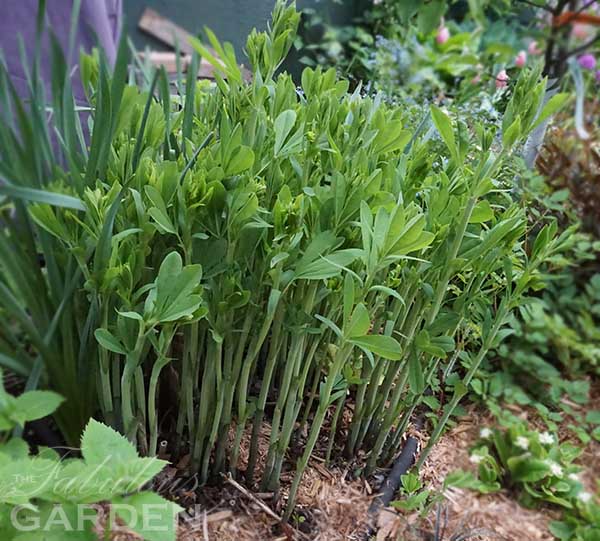 The leaves start off as medium to light green and mature to be on the more blue/grey side of green. My baptisia plant doesn’t take long to get to its full height of about 1.25 metres (4 feet). There are shorter varieties available. Once it stops rocketing skyward, it gets down to the business of trying to procreate itself, and long  flower bud filled stalks appear: 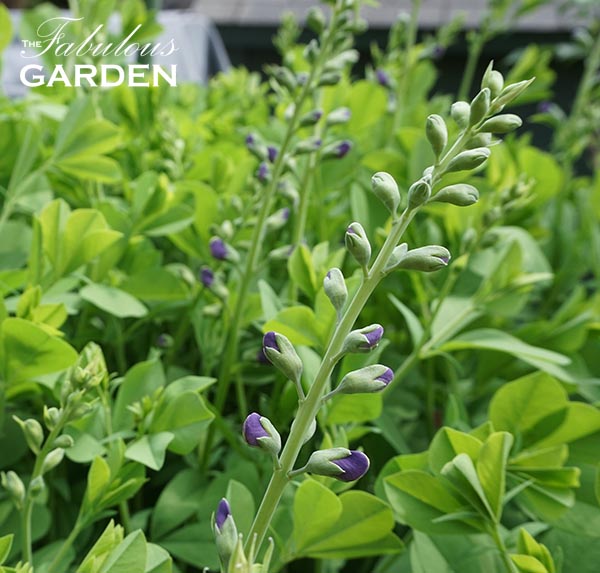 The flowers are arranged up a long thin stem, similar to the way you’d see flowers on the stem of a delphinium or a lupin. Once the flowers open, the actual blooms look a lot like a sweet pea flower, which makes sense as it is part of the legume family: 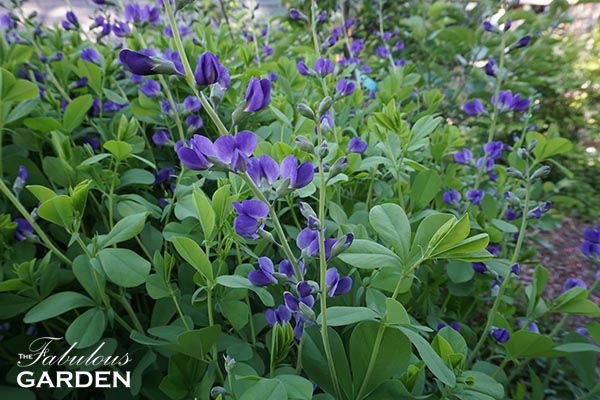 I’ve never noticed much in the way of scent with baptisia blooms, but the flowers that appear in June in my garden are quite lovely–the colour is deep and vibrant. Most baptisias are blue, hence the common name “False Indigo,” but there are varieties available in other colours now, including white, yellow and pink, thanks to some clever plant breeders. I have a yellow variety planted in my front yard, but it’s been struggling (it wasn’t the healthiest plant when it came to me) and I have yet to see it bloom.

The really interesting thing about baptisia is that once the blooms fade the show isn’t over. No! The fertilized flowers turn into light green, puffy seed pods: 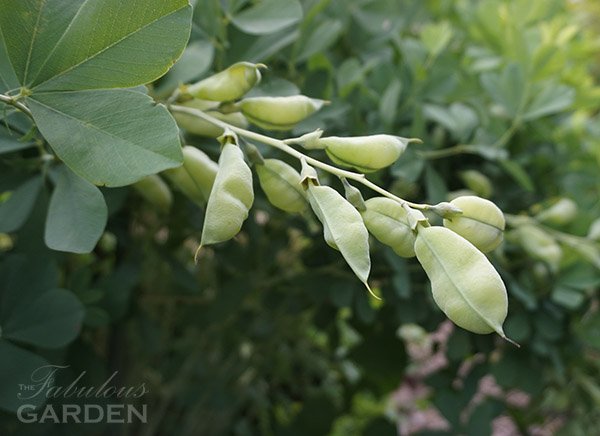 They really resemble edible pea pods at this point, but don’t be tempted to taste them as they’re said to be toxic.

The puffy pods, fun as they are, aren’t all of the party tricks that this plant has up its sleeves. Once these pods mature, they start to dry out. And when they do, they turn dark, dark brown: 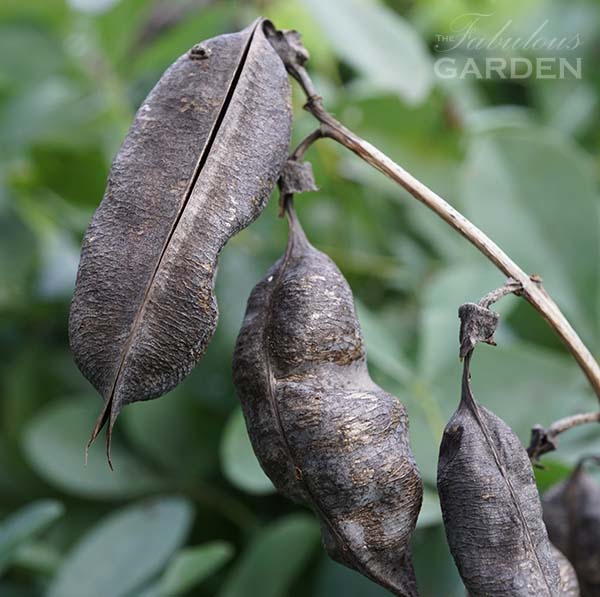 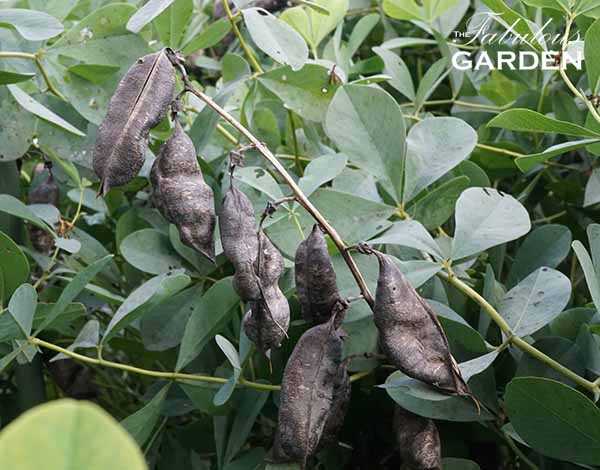 Not exactly pretty, but certainly interesting looking. But what’s really neat about this stage of the plant is that the seeds become loose in the seed pods. If you, or the wind, shake a branch the seeds rattle noisily around in the pods. That’s pretty unique, and a very popular distraction for children visiting the garden.

The dried pods remain on the plant until winter kills off all of the plant above ground level. I usually just leave the whole thing in place until early spring and then it’s one of the first plants I cut back. But I do so carefully, as the tips of that spring’s growth start popping through the ground very early.

Baptisia likes to grow in full sun (6+ hours of direct sun each day) but can tolerate less–it just flops more. I always end up staking mine to keep it reasonably contained and upright (as it’s right next to a path) but I’ve noticed that I’ve had to do that less since I removed a tree that used to shade it. I’ve seen baptisia growing in a mixed border with other tall plants at botanical gardens and it seems to stand upright just fine without any need to tie it up. This makes sense, as it is a native prairie plant, so would appear in nature among other tall plants, like grasses, each supporting the others. 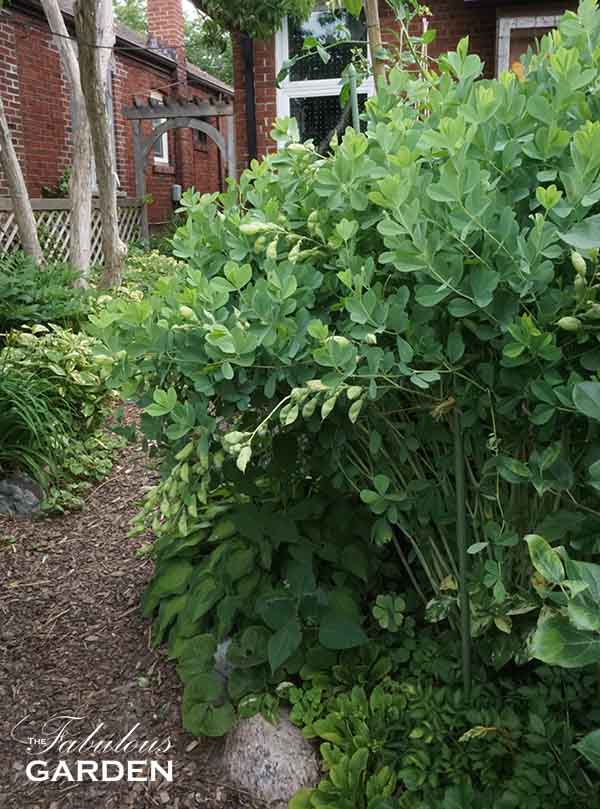 If you wanted to grow more plants from seed, you could harvest them from the pods as soon as they start to rattle around. I’ve had my plant for about 10 years and I’ve only ever had one seedling come up on its own. A few years ago I wanted to dig up part of the plant and divide it so that I could contribute some baptisia seedlings to my horticultural society’s yearly plant sale. I had noticed that the middle of the plant had died out a bit as well, so thought hey, well, I’ll dig up the whole thing, and renew it by just replanting a healthy chunk from the edge.

Well, I learned pretty fast that baptisia has a REALLY dense root ball. I might as well have been trying to dig in cement. Standing on the edge of my shovel didn’t even make a dent. I hauled out my reciprocating saw–my secret for dividing large perennial grasses–and managed to get a few pieces off the main rootball but it was tough slogging. There was no way I was going to get the whole thing out, so I decided it was happy where it was. That was the only year that I brought baptisia seedlings to the plant sale… 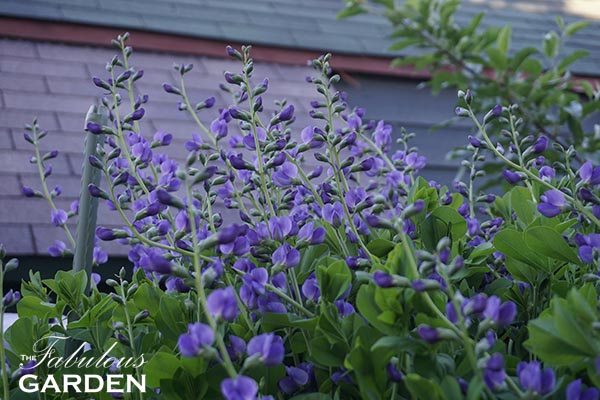