I thought about titling this post “In praise of petunias” because what you’re about to read is my strong endorsement of a plant that’s sometimes thought of as so common and old-fashioned that it doesn’t get much positive press in these days of latest and greatest and “cool”. But petunias are solid performers and deserve a place in every garden that includes annual plants. 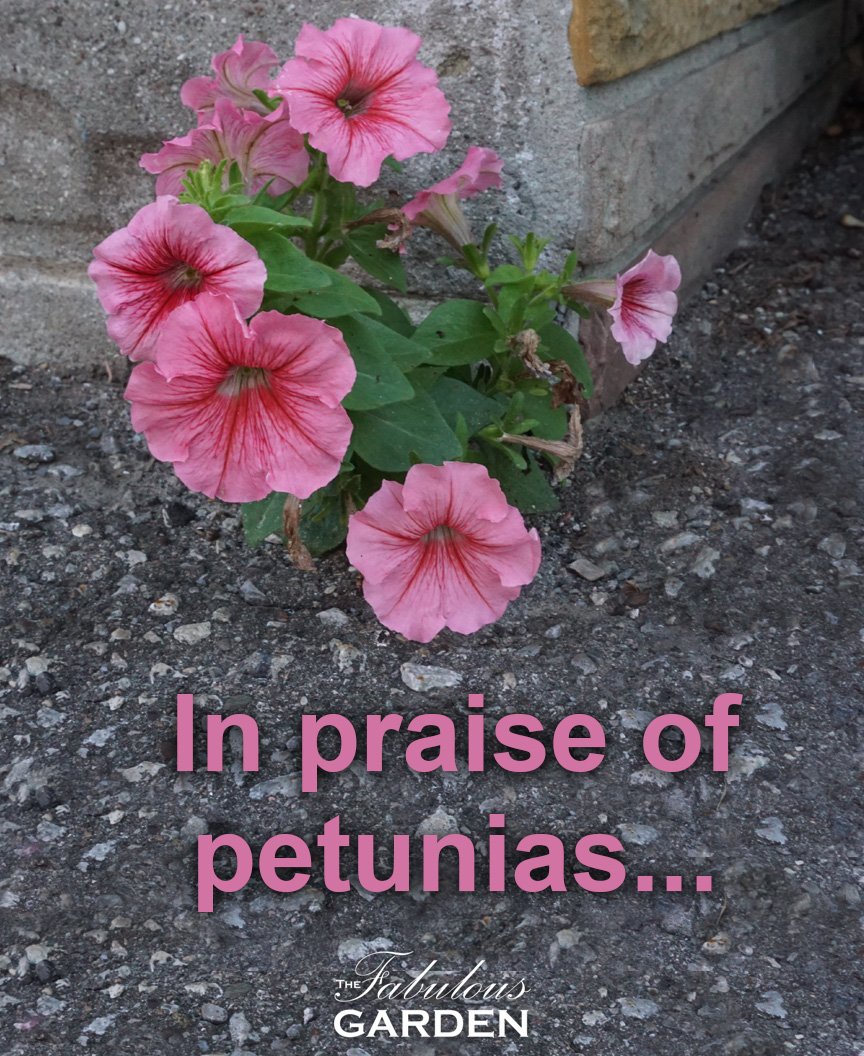 Petunias have big flowers in a variety of colours, ranging from pure white to black. In recent years, speckled and darker varieties (often with slightly smaller flowers) have been introduced to the market. I find that varieties with solid colours (or the classic white with purple stripes) perform consistently well, whereas some of the newer varieties (including the yellow ones, which I still grow because they’re such a lovely colour) tend to be less robust. 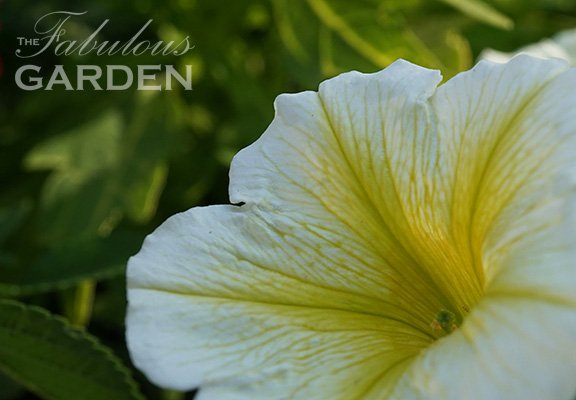 Petunias used to have a reputation for being a lot of work, because you had to continuously pinch off the dead blooms in order to keep them blooming, but the cultivars on the market today don’t seem to have that problem any more. They’re sometimes marketed as “self-cleaning” petunias because the spent blooms, for the most part, don’t set seed, they just shrivel up and fall off. This means you plant them and they just bloom non-stop from spring until frost. And really, that’s just about all there is to it.

Petunias are some of the most un-fussy (if that’s a word) annual flowers around. In my experience, as long as they have sun, they grow and bloom. They aren’t all that fussy about the amount of water they get, as I’ll explain by showing you two extreme situations in my garden where petunias are thriving. 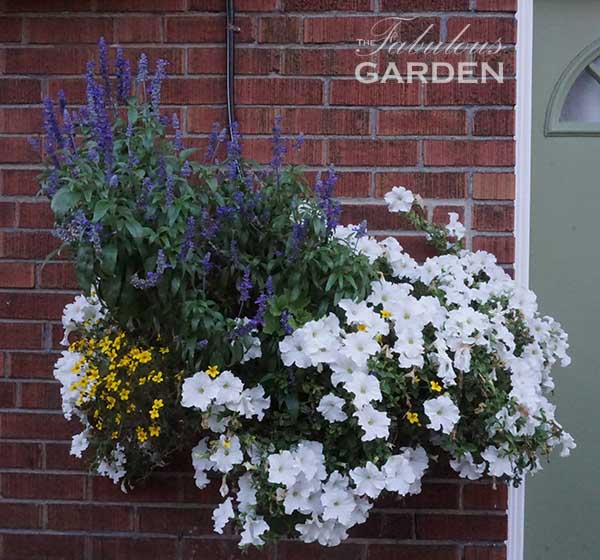 This is a planter that hangs underneath the water outlet for my air conditioner (read about how I set up this self-watering planter here). Because it’s been a very hot summer, and because there’s been so much construction on my street that it’s been too dusty to leave the windows open on the few cool days, this air conditioner has run almost non-stop since May. Which means there’s been water running through this planter non-stop, and the petunias couldn’t be happier! It looks like they’re trying to swallow the salvia and bidens (which have also performed admirably in this tough situation.)

When I put this planter together I sprinkled slow release fertilizer pellets* on the potting soil, mixed them in, popped in the plants, and watered everything in well once. I think I manually watered it once, when we had a few days of cooler weather when I shut the air conditioner off.

Over the years I’ve tried a variety of other flowering plants in this planter and few have done well; sitting in continually wet soil (and it is wet–I keep a watering can underneath to catch the drips) is a really tough growing environment. But petunias have consistently done well here.

These petunias self-seeded themselves in cracks in our asphalt driveway! These are seeds from last year’s petunia plants that were growing in pots in this area. These hardy souls get no water except from rain and they bake in the heat and direct sun from sunrise until late morning. Yet look at them–they’re growing and blooming beautifully. 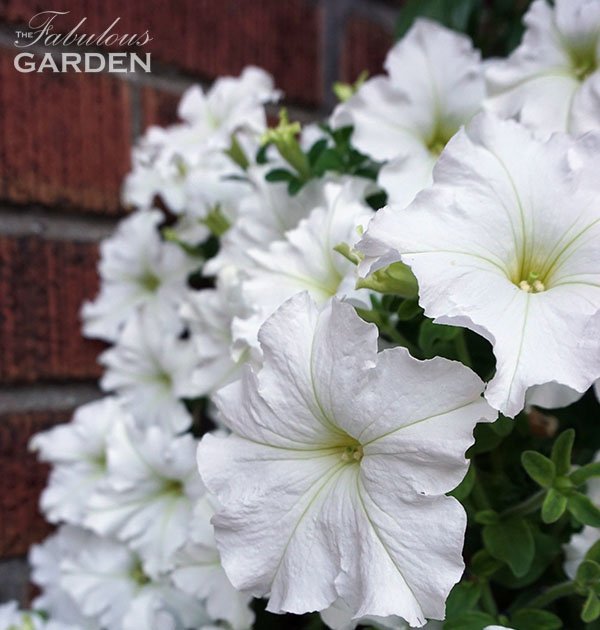 Petunias have stood the test of time. I think they’re a great choice for planters and garden beds in sunny locations where you want continuous colour for the entire growing season. I guess you could say I’m partial to petunias!