Although you might mistake the title of this post for an 80’s rock ballad, I’m referring to a plant with the common name of “Bleeding Heart”. The flowers do look like little dropping hearts. 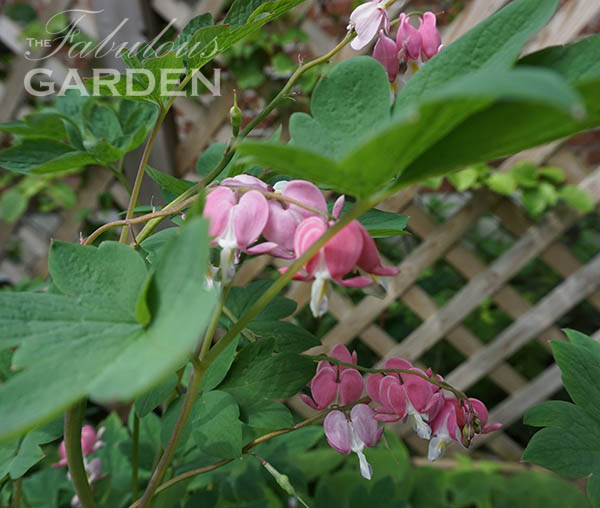 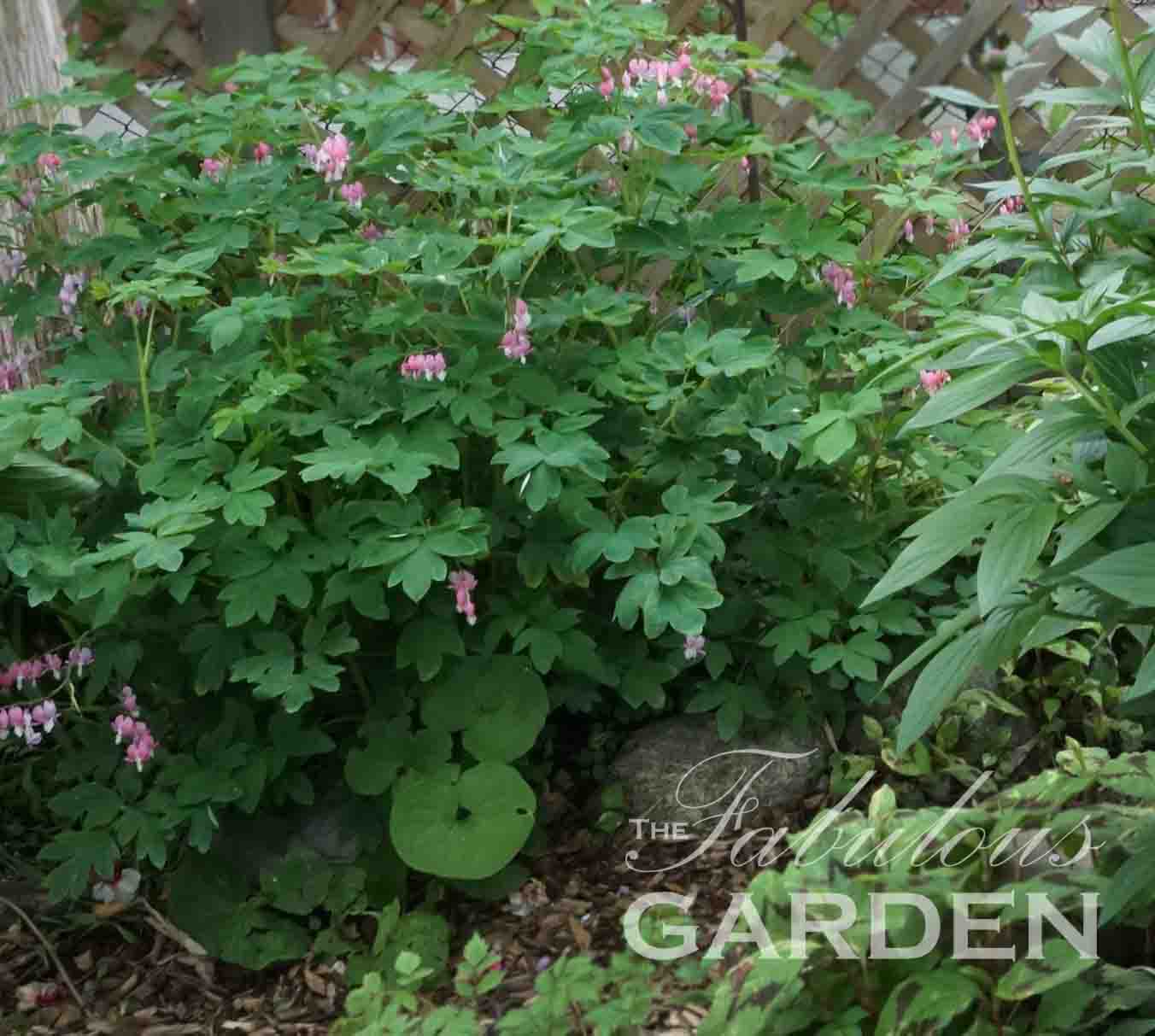 I was always taught that the Latin name of this plant was Dicentra spectabilis, but the gurus who decide plant names changed its classification a few years ago and now the proper Latin name is Lamprocapnos spectabilis. I’m going to use the common name to keep this post readable.

The method I’m going to show you of creating multiple plants out of one, works not only for Bleeding Hearts but any other perennial plant that has a similar growth habit (i.e. multiple roots, not just a single tap root).

The best time to divide a plant is when it’s just starting to get going in the spring. Bleeding Heart is one of the first plants to emerge, so I was able to divide it this week. Dividing plants later in the season can work, but they have a harder time recuperating and you could lose them. The way I think of it is that in spring the plants have a lot of stored energy and they’re raring to get growing—you can whack away at them in almost any manner at this time of year and their internal drive to just GROW! will get them through. 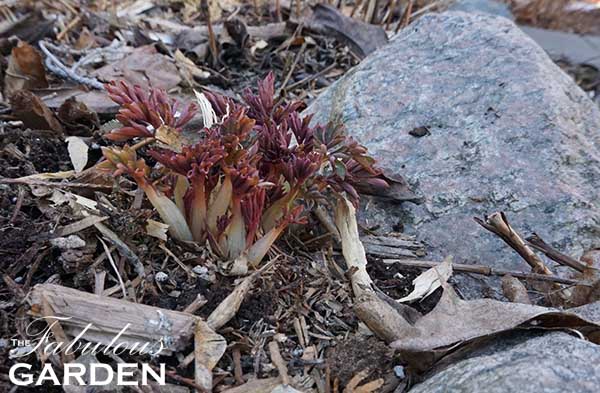 Insert a trowel or shovel under it and dig it up, keeping as much of the root structure with it as possible: 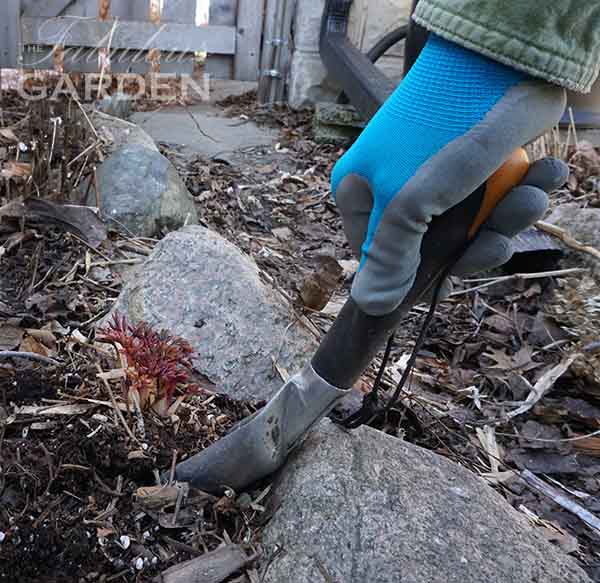 Use a sharp knife to divide the plant into two or more sections. Each section should have a ‘good sized’ piece of root with it–enough to sustain life. I chose to make two small plants out of this piece but I could have divided the piece on the right again to make three, if I wanted to. 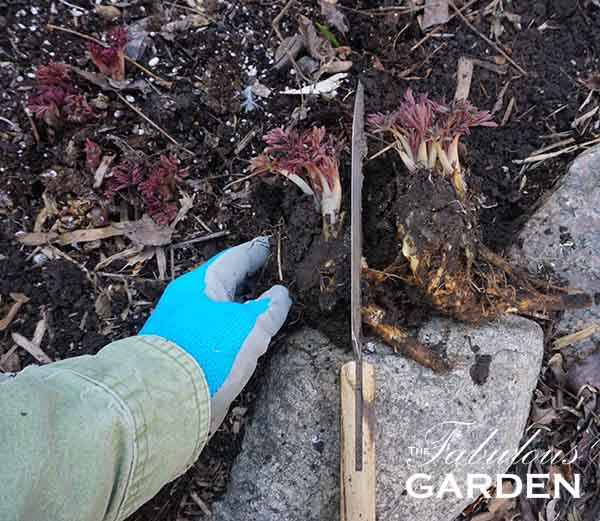 A sharp and sturdy knife is a good tool to have when dividing plants. I have a Hori Hori Knife* from Japan and find it very handy–I’ve had mine for several years, use it regularly, and it’s still very sharp. Previously, I’ve used a hand saw, an old kitchen knife (never to be used in the kitchen again), the sharp edge of a shovel, and, for one especially stubborn, large plant, an electric reciprocating saw.

But back to the Bleeding Heart. The next step is to find a pot that is the right size for the plant. Often you’ll find that pieces of woody root stick out at odd angles, or there’s just way more root than is needed to sustain the little plant. Rather than move to a much bigger pot (which takes more soil, and more space, and is heavier to lug around–a consideration if you’re potting up a lot of these for a plant sale or some such activity) you can use your secateurs to trim the roots down to a manageable size. Here are before and after images of one section of the Bleeding Heart:

Once the roots are trimmed it’s just a matter of putting the plant in the pot and filling it with potting soil:

That looks simple enough, and it is, but I didn’t realize until someone showed me that there is actually a bit of a technique to this. You need to push the soil down around the plant fairly forcefully in order to eliminate air pockets–the roots need to be in contact with soil in order for the plant to “take”. I made a short video to show you the process as it’s easier to understand if you see it actually being done:

The final step in dividing and potting plants is to water them well. Ideally, you should work with damp potting soil, as it’s difficult to get it wet again once it’s completely dried out. The soil I used for my Bleeding Heart plant was quite dry, so once I was done I submerged the entire pot in a bucket of water for a minute–this also helped to remove any remaining air pockets. 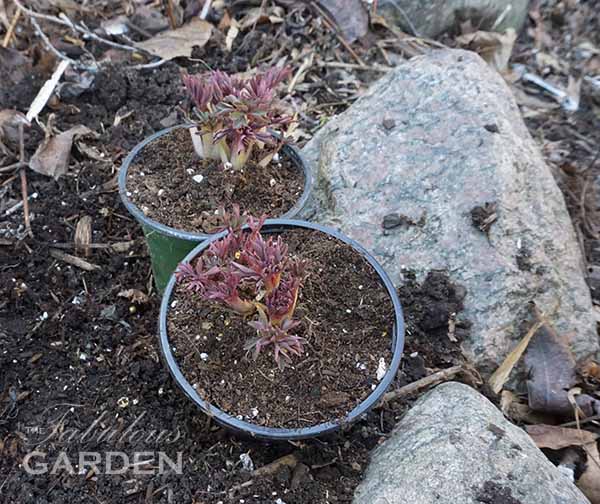 You’ll note that I didn’t replant any of the original plant back in my garden bed. That’s because I didn’t want it there (this particular plant had come up in that spot on its own), but if I did, and had only wanted to pot up a piece of it, I could have either replanted a piece right in the ground instead of in a pot, or, I could have chosen to only dig up part of the plant, leaving a chunk of the original plant in the ground.

As I mentioned, this process works for any other similar-growing plant. You could do this with hostas, solomon’s seal, black eyed susans, monarda, columbine and many more. On the blog, I’ve demonstrated the same technique for rhubarb.