The MOSAICANADA150 exhibit held in Gatineau, Quebec this summer was a stunning combination of gardening and sculpture. I focused on the sculptural aspect in my last blog post. This week, I want to delve into the plants and methods used to create Mosaiculture, and celebrate the dedication of the gardeners who created and maintained these exhibits. 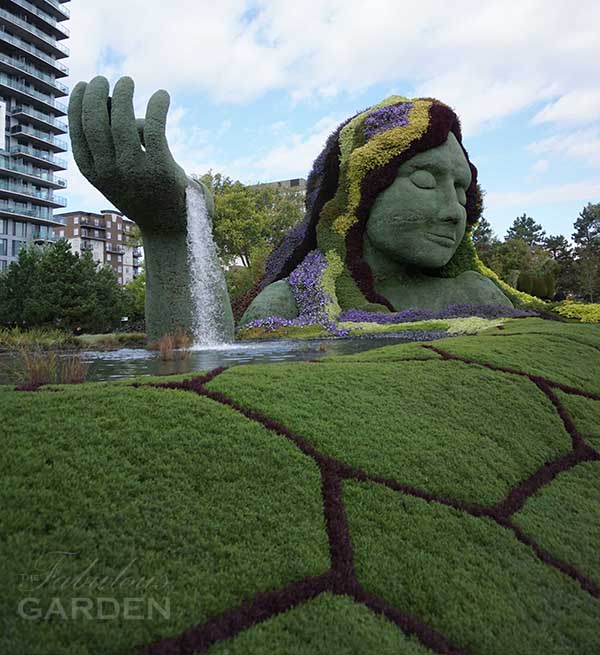 First of all, how the heck do you create something like “Mother earth” out of plants?

The MOSAICANADA150 team anticipated that everyone would be asking this question, and had a staff member explaining the process. I filmed her brief demonstration so I could share it with you. Click below to watch:

So, all of the sculptures are built on a metal frames that are filled with soil held together by mesh. Here’s a close up of the swan frame and mesh with some of the plants (I believe they’re just the white version of Pink Polka Dot plant aka Hypoestes): 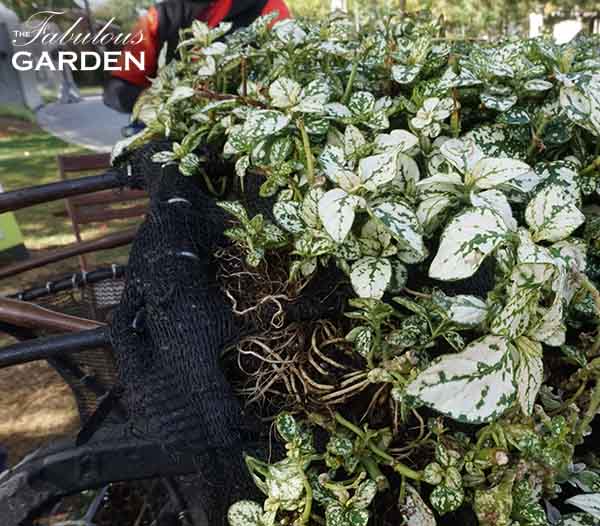 Each sculpture is made up of hundreds or thousands of little plants, pushed into holes in the mesh: 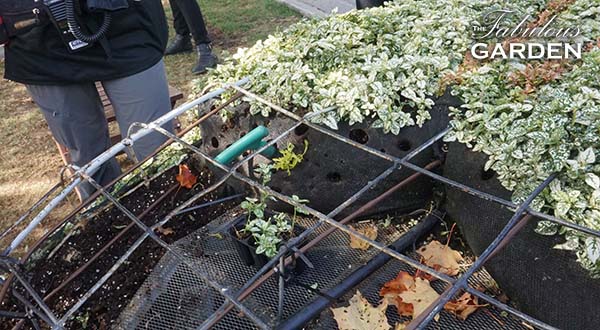 This would be fairly straightforward for something like a swan, where it’s made up of one type of plant. But consider the planning and planting that would’ve gone into some of the more detailed sculptures, likes these ones from the Chinese portions of the exhibit: 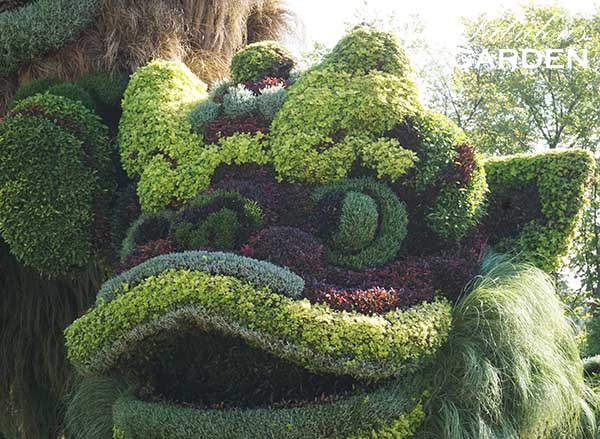 I see at least six different plants on this lion’s head (including a lime green ivy on the ears and forehead and sedge as its mane). 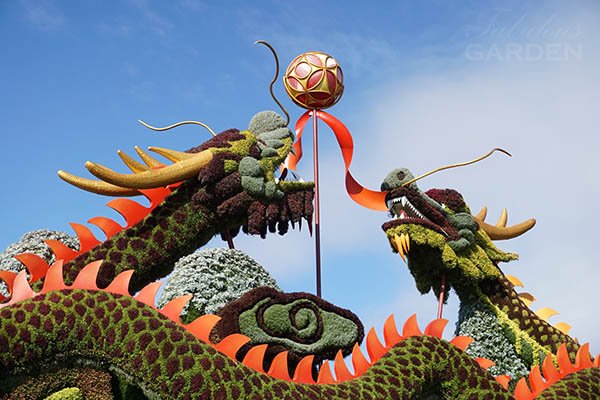 As much as it would’ve been a feat to come up with and plant these intricate designs, consider that they were continuing to grow (and die) for the whole time of the exhibit. This meant lot of continuous watering, monitoring and clipping.

It also would’ve required a continuous supply of new plants to replace ones that had expired. The day I visited I noticed a couple of the gardeners replacing plants on a sculpture with identical little seedlings from a tray: 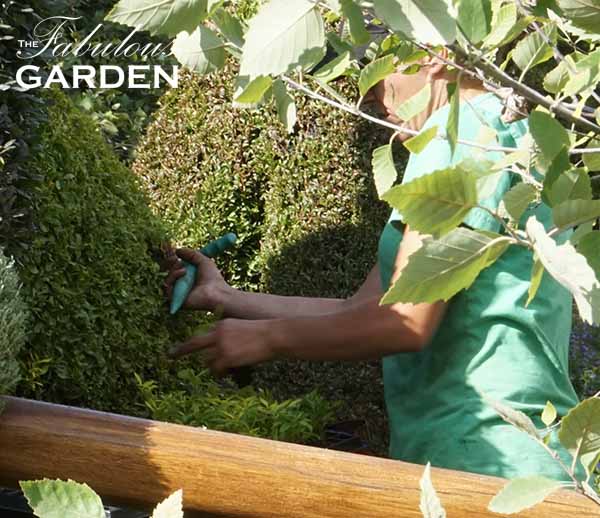 Most of the sculptures were created out of plants with interesting leaves. The colour of the leaves, not their blooms, determined where they were used. They were clipped short so there was never any chance for them to bloom, even if they were the type of plant that normally set blooms.

While I visited I also saw a lot of weeding going on: 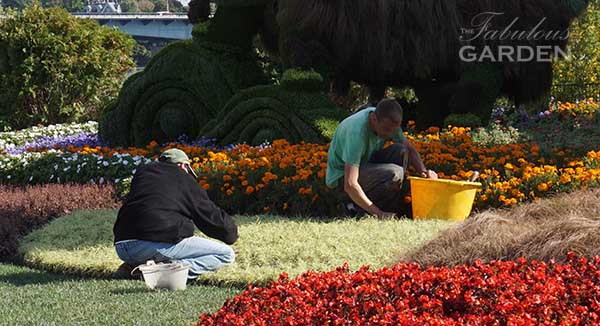 Weeds didn’t stand a chance against these two gardeners.

And then, of course, there would be the challenge of keeping all of those little plants with tiny root systems hydrated. The day we visited in October was cool, but I can only imagine how challenging this summer, with its extreme heat was. The show was open to the public for 107 days! I had thought the larger sculptures might have irrigation systems but by the looks of it, they just sprayed them down with hoses: 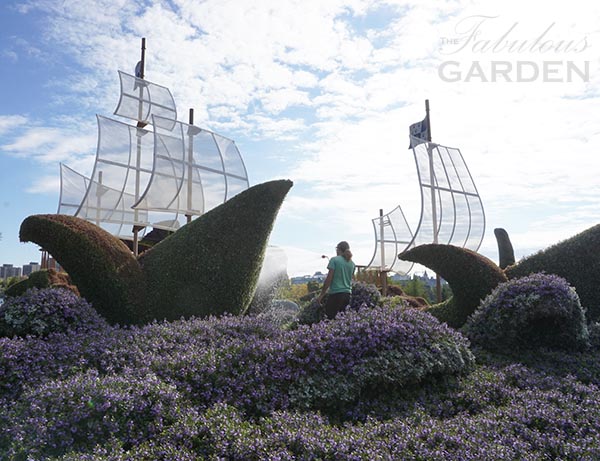 Speaking of water, I loved the way the Mosaiculture artists/gardeners created the look and feel of water and waves with plants. Because so much of Canada’s story is tied to water, a lot of the exhibits were surrounding by this same type of planting. Looking closely, I discovered that it was composed of a mix of standard annual bedding plants: 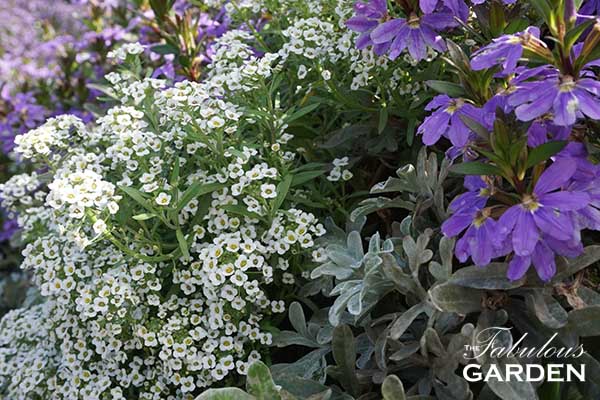 A combination of sweet alyssum, scaevola and dusty miller (jacobaea maritima) were used to create the illusion of water and waves.

Senecio (which isn’t quite so common) and petunias were combined elsewhere to give a similar effect, but in a much smaller exhibit area: 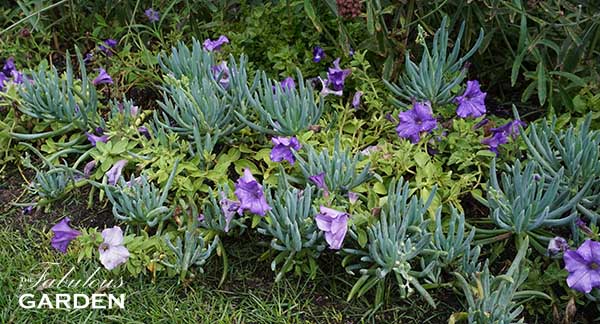 Another familiar plant that was used to great effect on the Mosaiculture sculptures was sedge. It looks like a grass but is slow growing (so it stays looking the way you want it to), drought-tolerant, and comes in a variety of sizes and colours. 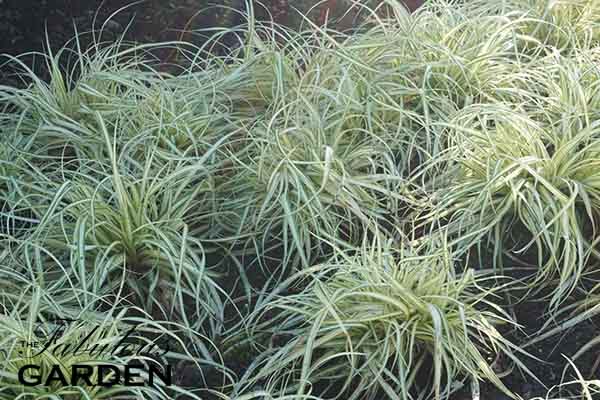 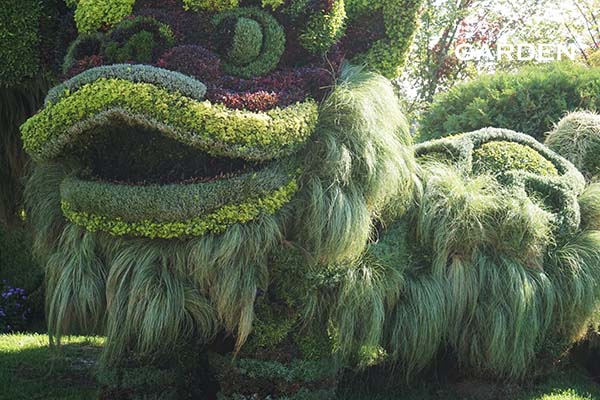 I hope you found this look into how Mosaiculture is created interesting. I think it’s one thing to be able to admire the sculptures for the art that they are, but I believe we gardeners get even more out of an exhibit like this, because we understand the work that goes into keeping all those plants growing and groomed. I applaud the gardeners who worked so diligently all summer (and before) to create MOSAICANADA150–I hope they’re very proud of the beautiful experience they created for the more than 1.3 million people who visited.

← A Visit to MOSAICANADA150Fuss less in the fall →