Rhubarb is one of the earliest foods you can harvest from the garden. Other than a spot to grow with full sun and an annual feeding of compost or manure, it’s not a demanding plant. But it is a big plant–a mature plant can be 1.5 metres (almost 5′) across. 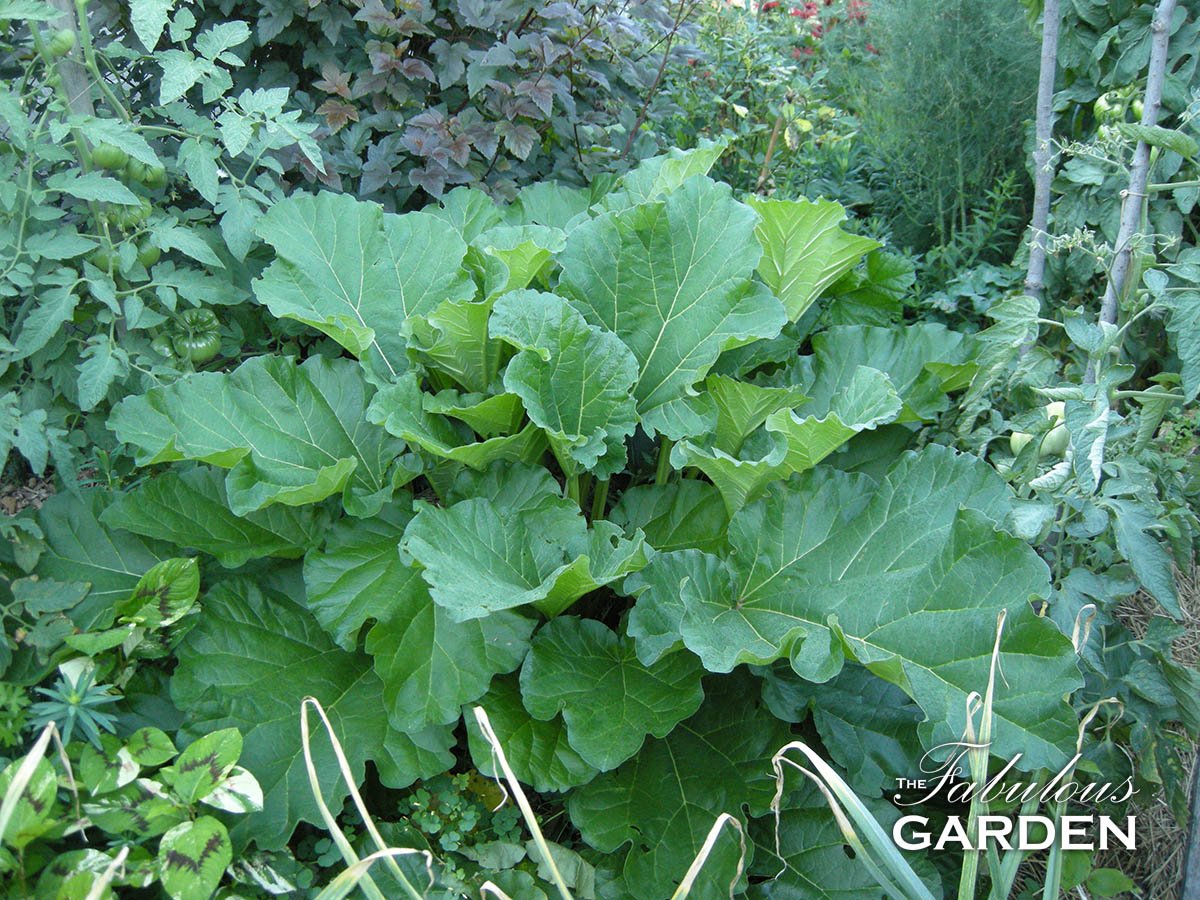 It is good for the health of the plant to divide it every once in a while. You’ll notice after a number of years that it’s just not producing like it used to–that’s your cue to split it. If you’re trying to revive an old plant you’ll want to dig up the entire thing and then split it, replanting only a portion of a it.

If you want to share your plant with a friend you don’t need to dig up the whole plant, just a portion of it. 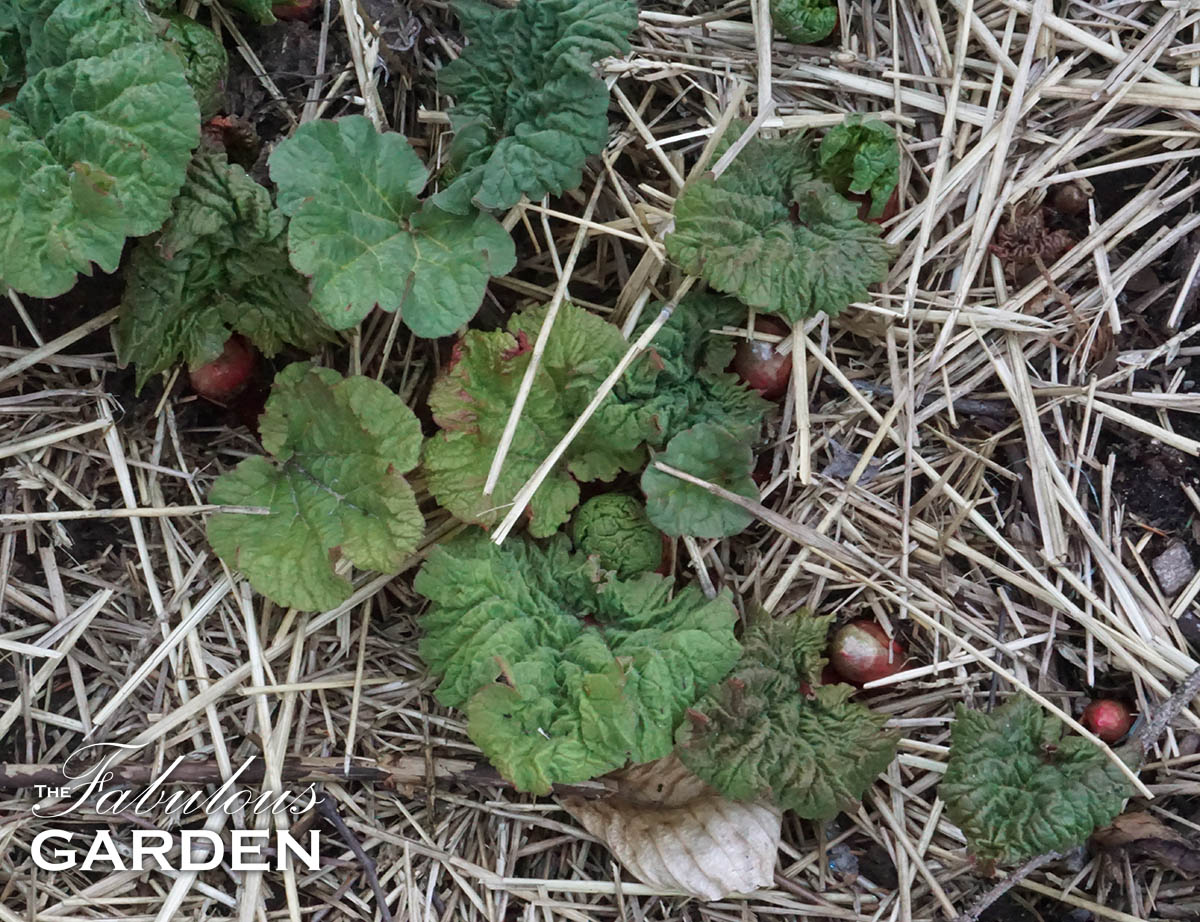 The best time to divide rhubarb is when it’s first coming up in the spring, and looks like the photo above.

It’s still possible to divide it a little later in the season, up to the point where  it looks like the photo below, but it’s not ideal–you’ll have a harder time maneuvering the plant without breaking the stalks, and the plant likely won’t recover from transplanting as quickly: 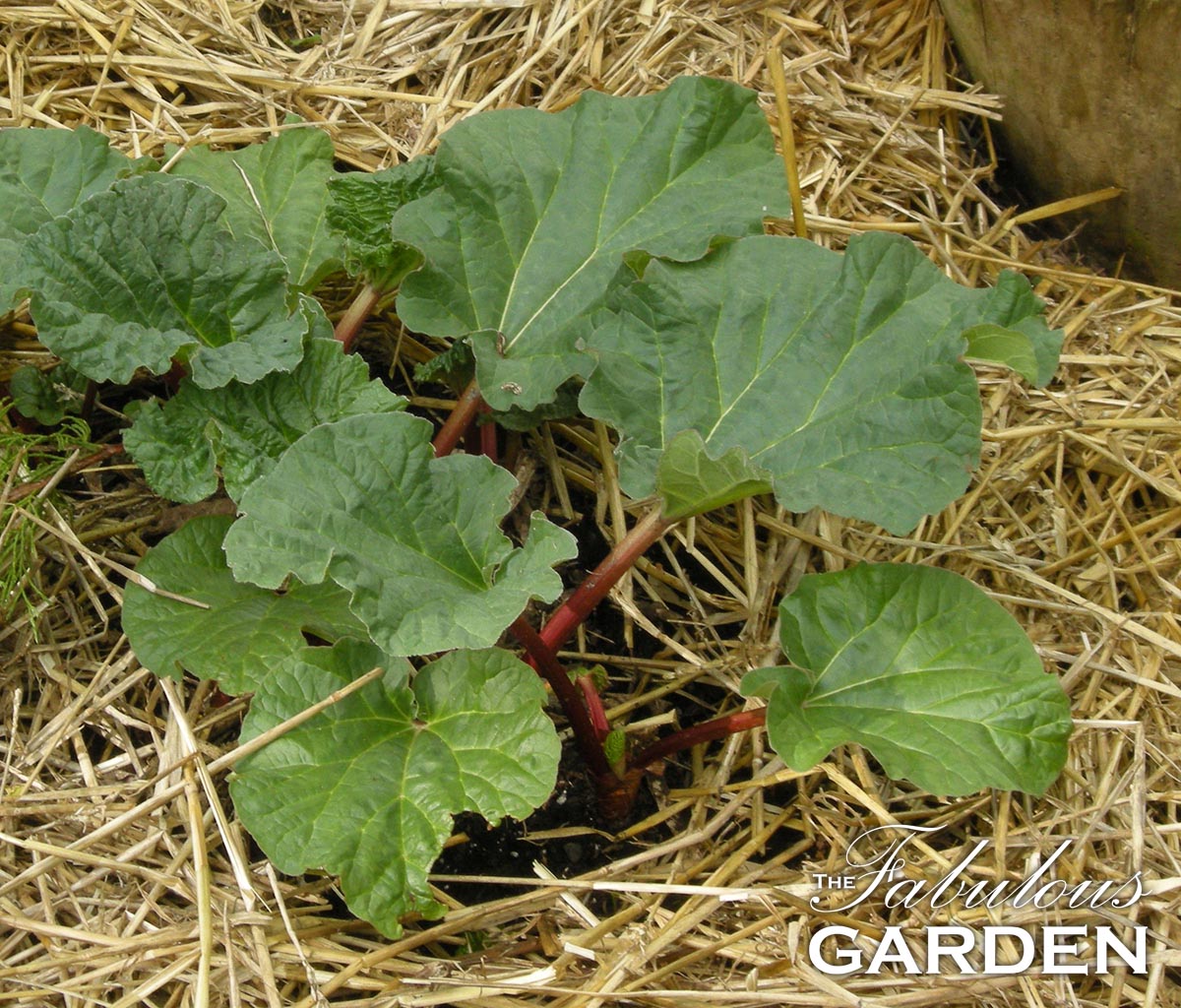 To split my rhubarb I put a shovel under it and popped up about 1/3 of the plant: 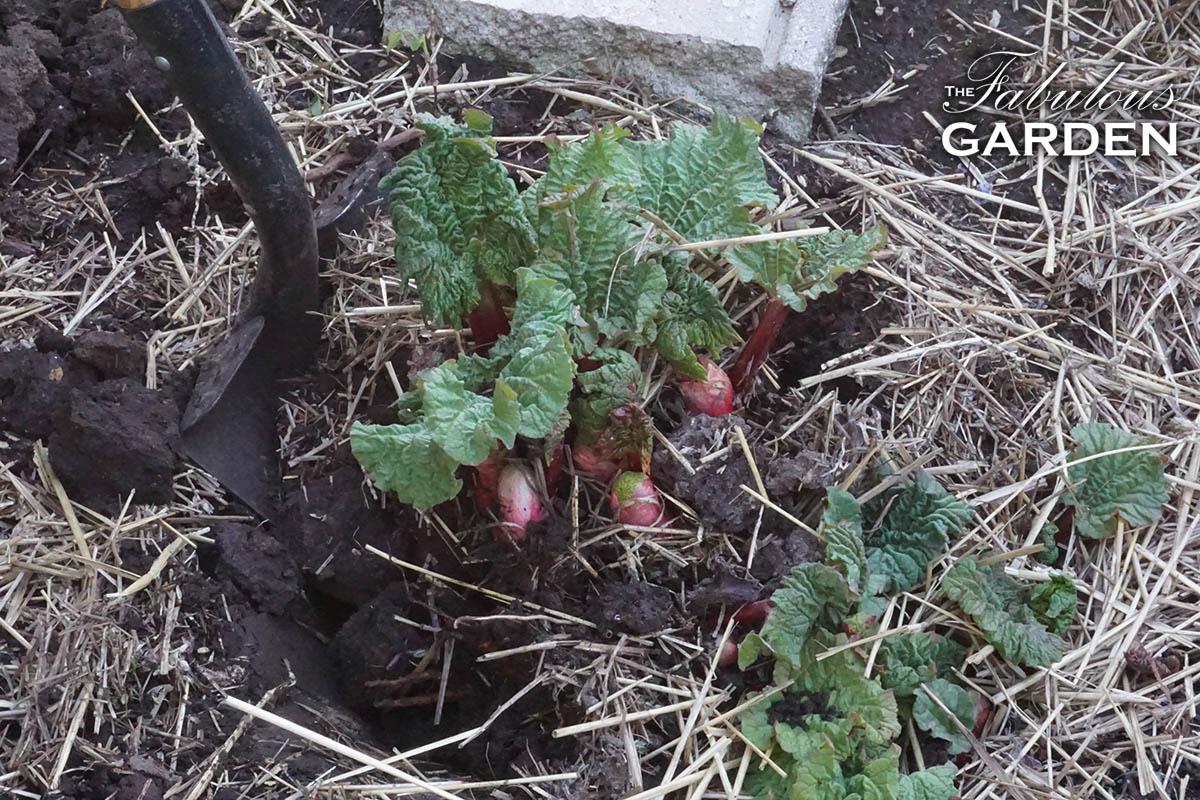 Once it’s out of the ground, I used a sharp garden knife* to divide the plant into pieces: 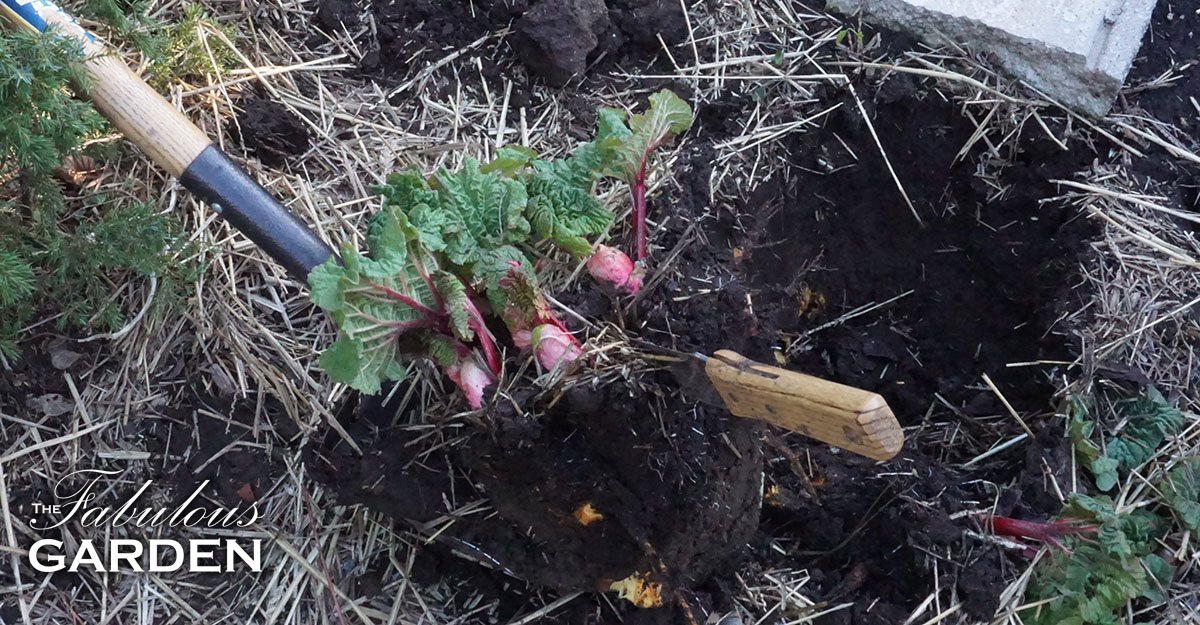 The key is to have at least one portion of growing plant (called the “eye”) on each piece of tuberous (i.e. like a carrot) root: 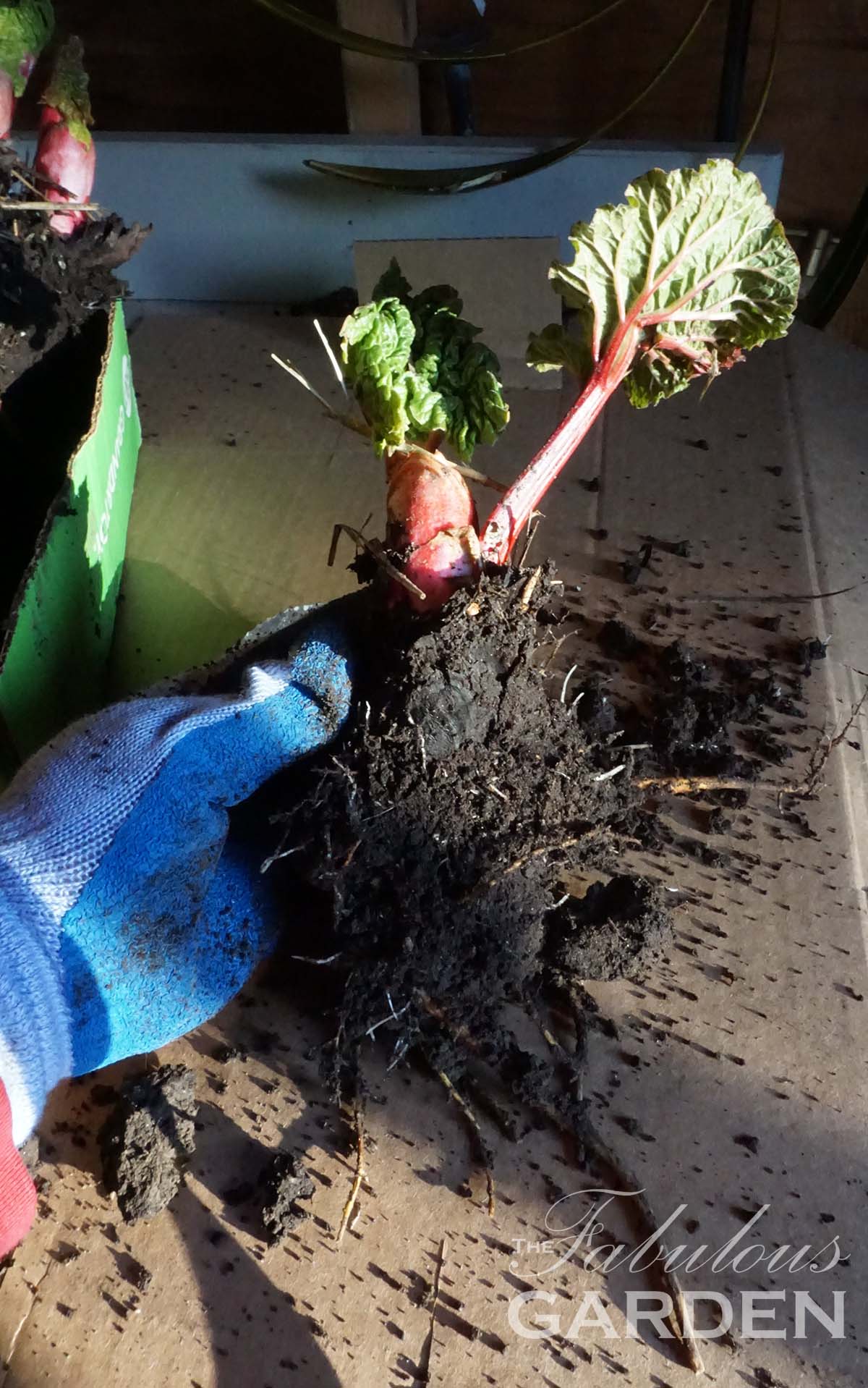 The piece above went into a pot, with some soil,  to give to my neighbour. The portion below, I replanted in my garden. You can see that I dug a hole and laid the piece in in the same way that it was growing (i.e. the emerging growth is going to be at the same level in the soil as it was before, and the root is pointing down):

I covered the roots up with soil, watered it in, and I was done. 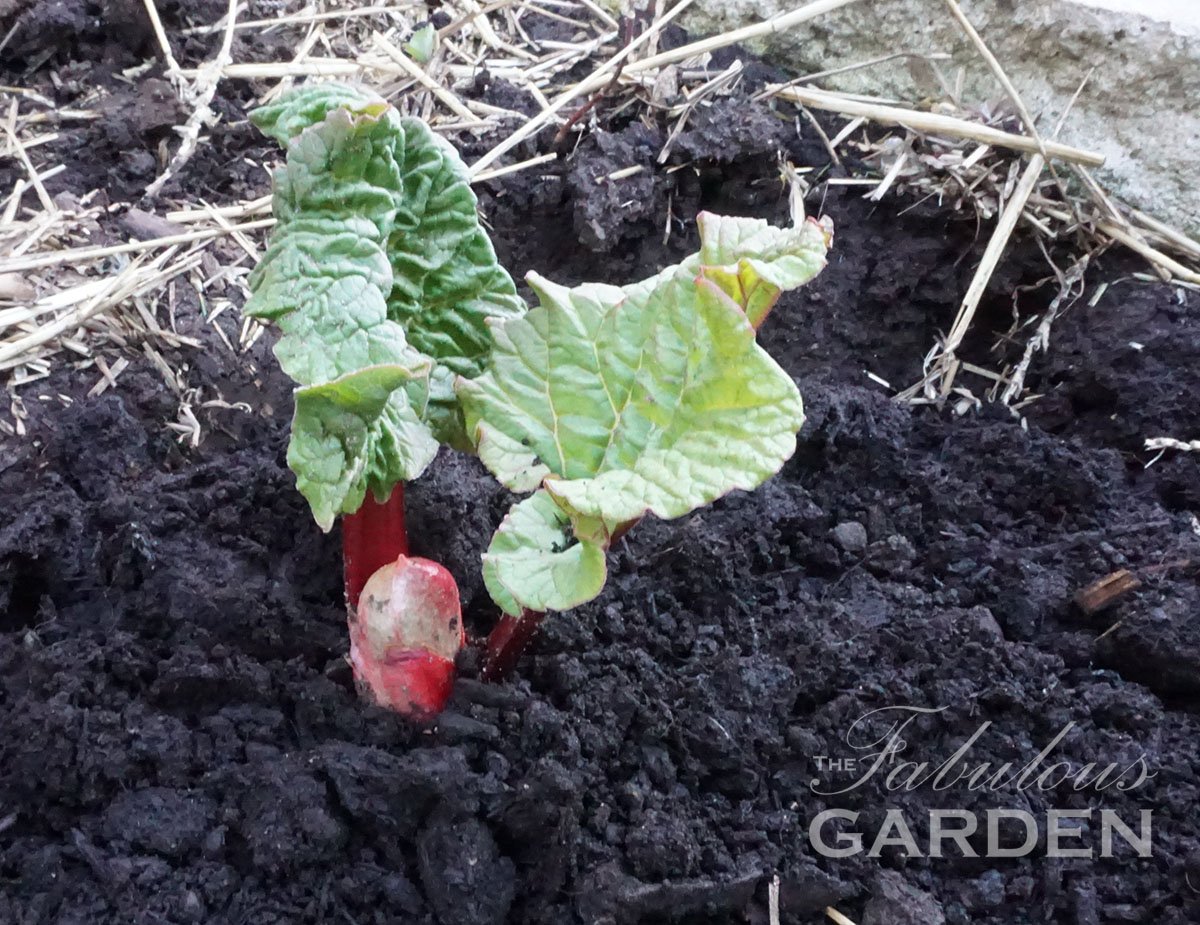 The whole process was pretty quick. In about 10 minutes I had four pieces potted (one for my neighbour and three for my horticultural society’s plant sale), and a portion back in the ground. 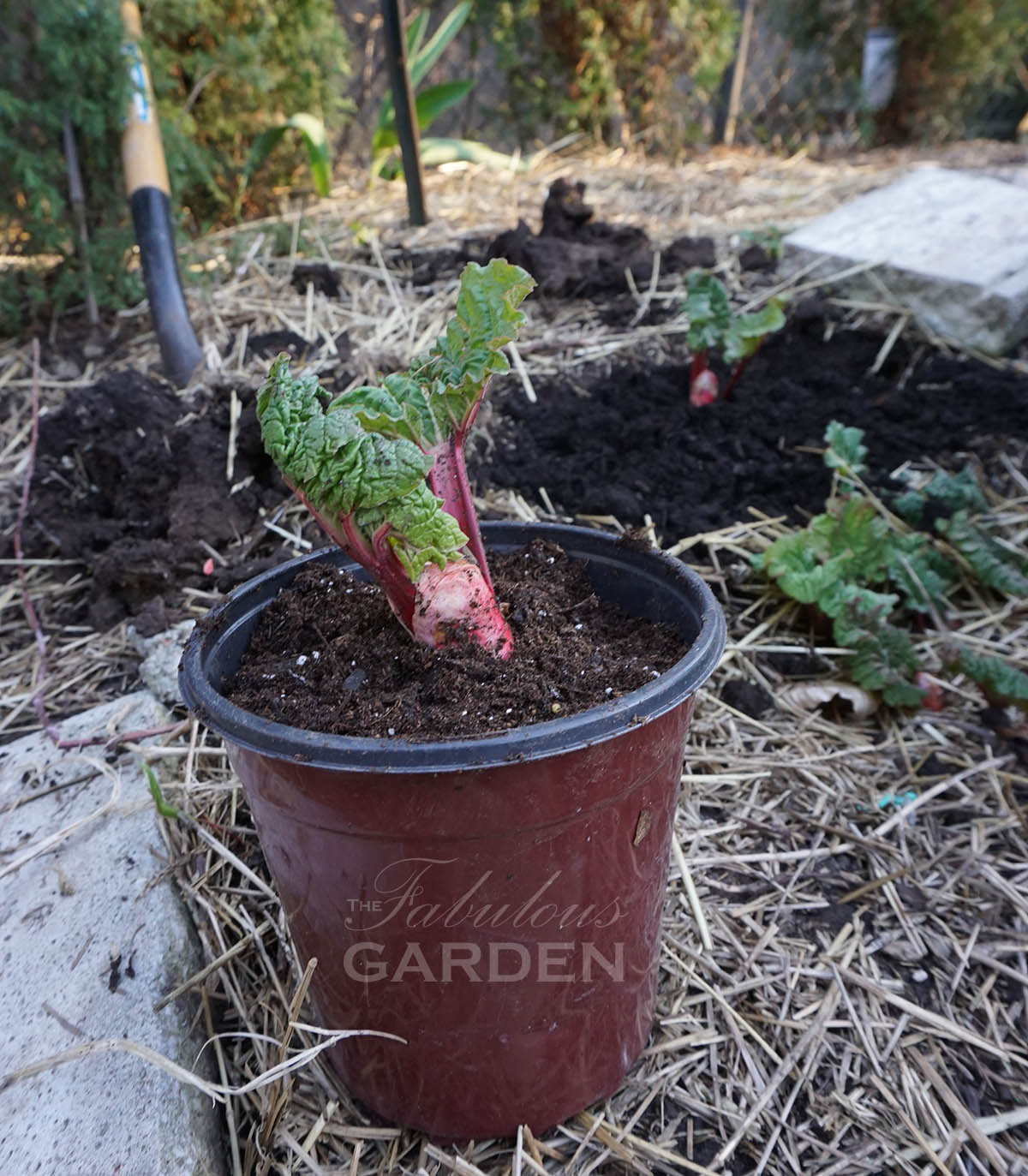 I will go back and spread about half a bag of manure around the plant (being careful not to bury the plant itself) before it gets much bigger. I also put down straw as a mulch around the plant–this helps to keep weeds down and retains moisture.

In a month or less I’ll be harvesting stalks to chop up and freeze for later, or eat as stewed rhubarb,  rhubarb clafoutis (a quick and easy dessert) or make into rhubarb vanilla jam. And after that I’ll be looking for my rhubarb-loving friends to give bags of stalks to, as there will be lots to go around! 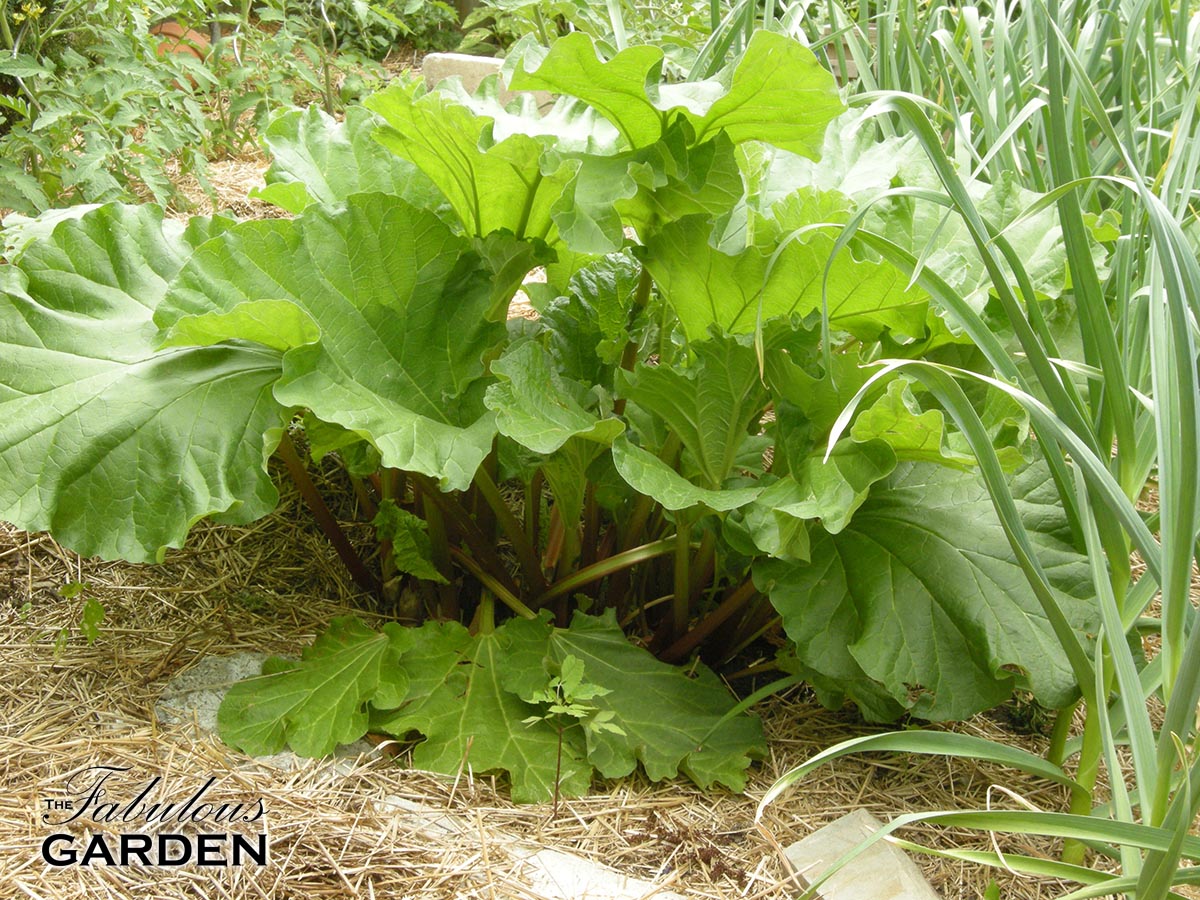 As long as you keep picking rhubarb the stalks stay very edible. If you stop picking as the season goes on they will eventually get woody and unpalatable.

Reminder: only the stalks are edible, the leaves are poisonous.

← Tree peonies – how do you prune them?Lavender needs a spring haircut →