Peony plants that die back to the ground each winter and then send up new shoots each spring are known as herbaceous peonies–the term herbaceous means that they don’t have a woody stem. I think it’s safe to say they’re the most common type of peony grown in North American gardens–they’ve been around a long time, they’re very long-lived, and they produce beautiful blooms.

Tree peonies share many characteristics with herbaceous peonies, except they have a woody stem. They’re kind of like mini trees. In the winter the foliage dies off but the woody stems remain. And then, in the spring, buds and leaves sprout from that woody stem. Not long after that, super-sized peony blooms emerge: 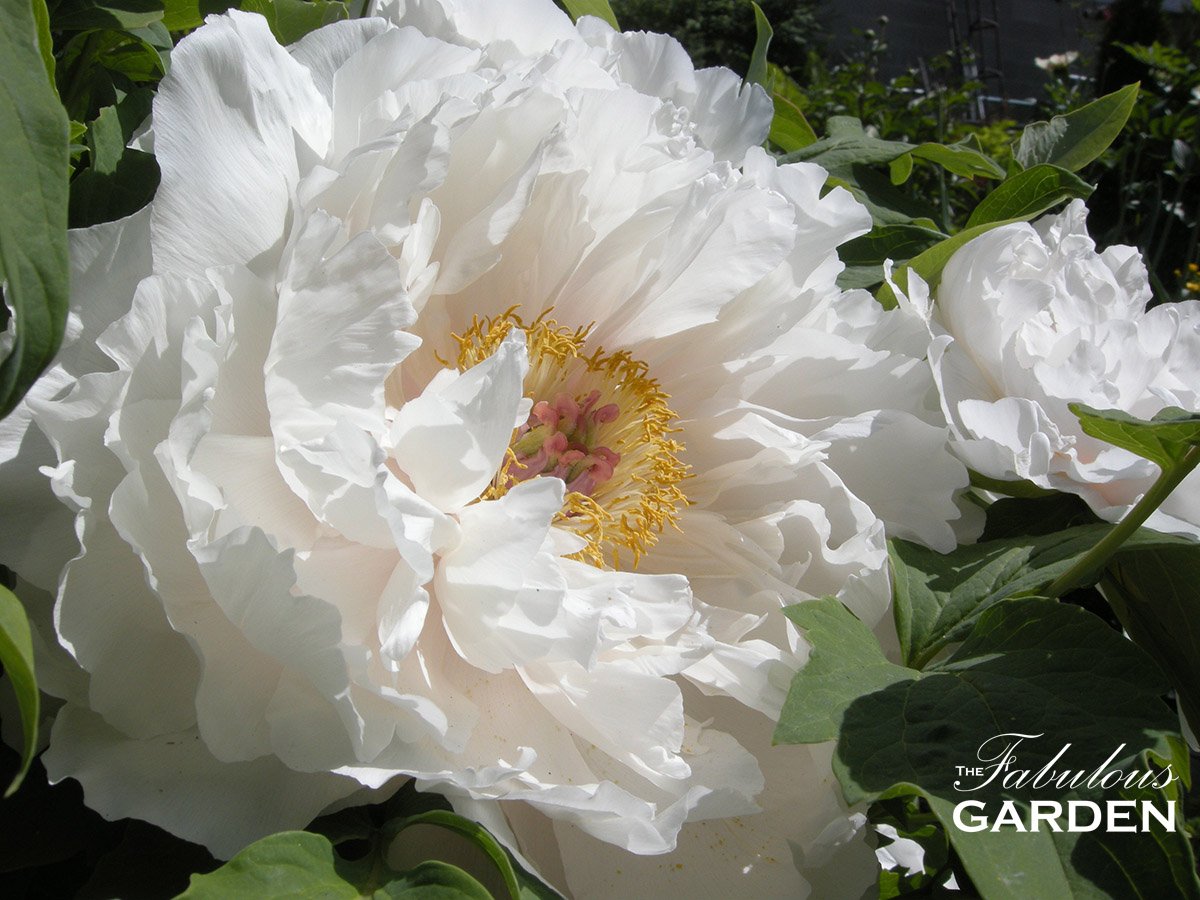 The blooms on mine, which are fairly common, are each close to 10″ (24 cm) across, and usually double (i.e. they have lots of petals).

Tree peonies (and peonies in general) range in colour from white to pink to red and even burgundy red. Less common, but quite striking, are the cream to yellow blooms.

Most tree peony blooms are open-faced, displaying their stigma and pollen covered anthers (if that reminds you of high school biology class, there’s a reason–these are the reproductive parts of the flower): 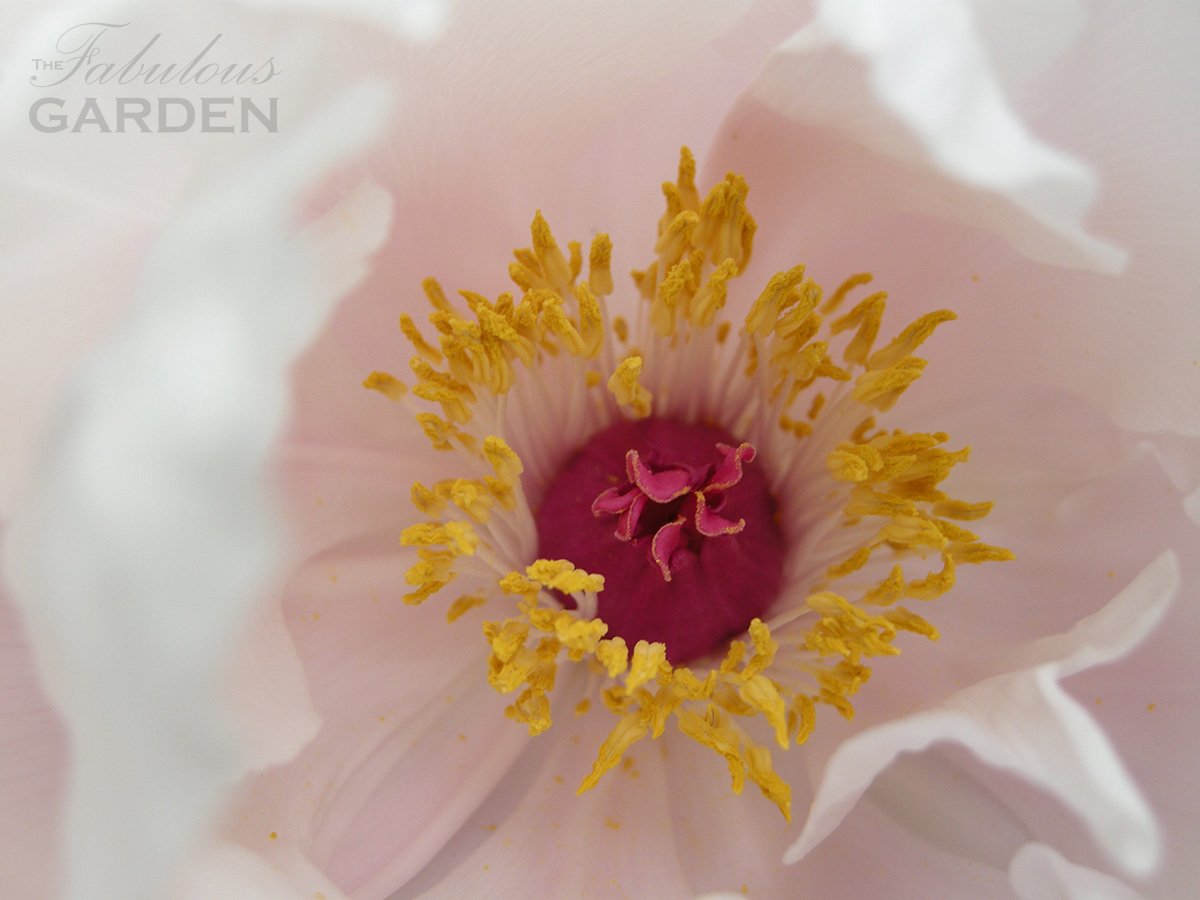 Tree peonies are stunning plants when they’re in bloom but even once the blooms are finished the leaves remain attractive.

If you don’t cut off the old blooms, seed heads will form. I leave these on because I think they look quite interesting. They remain in place throughout the winter, and then in spring, they’re still there, looking the worse for wear, right alongside the newly emerging buds and foliage. It’s at this point that some sort of pruning is required, but what? Do you prune them like roses?

The answer is no. Tree peonies are very slow growing; if you cut them back hard (i.e. severely), they will not send forth a burst of new growth like a rose bush would.

For tree peonies the only thing you want to prune, normally, is anything that’s dead. On the photo below, you can see that the “dead parts” are the stems that supported last year’s flowers (you can see what’s left of a seed head on the left portion of the image). You know they’re dead because there is no new growth coming out of them.  I’ve put red circles on the places where this tree peony should be trimmed: 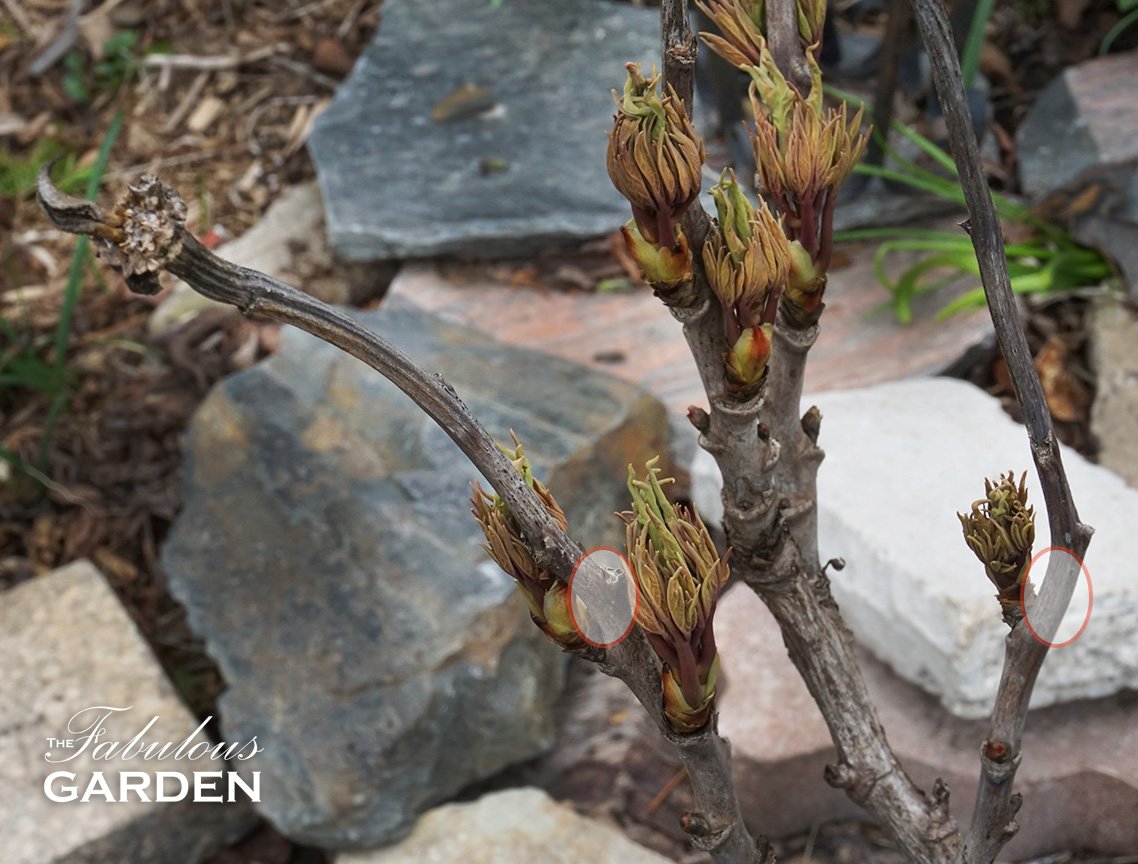 It’s simply a matter of taking secateurs and snipping off the dead bits of wood at those points. 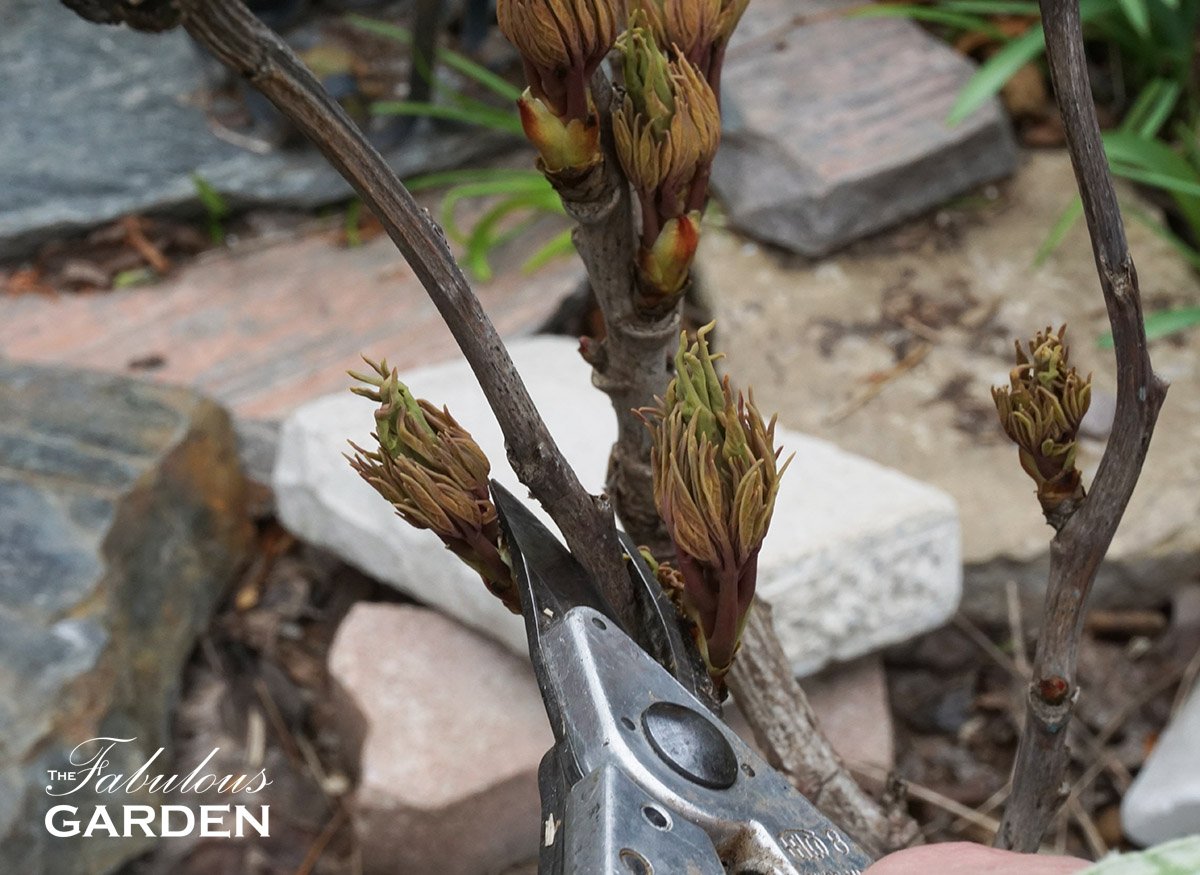 If any of the larger branches have died off during the winter–which sometimes happens–those should be removed at the same time.

And that’s all the pruning you need to do! Certainly, if you have an old, large tree peony that you want to make a bit smaller, you could cut back some of the branches (to just above a growth node, like I showed you on roses), but be careful how much you cut as it will take a long time to grow back to that size.

The reward, for tidying up those few dead bits, is a clear view of this year’s gorgeous new blooms. Enjoy! 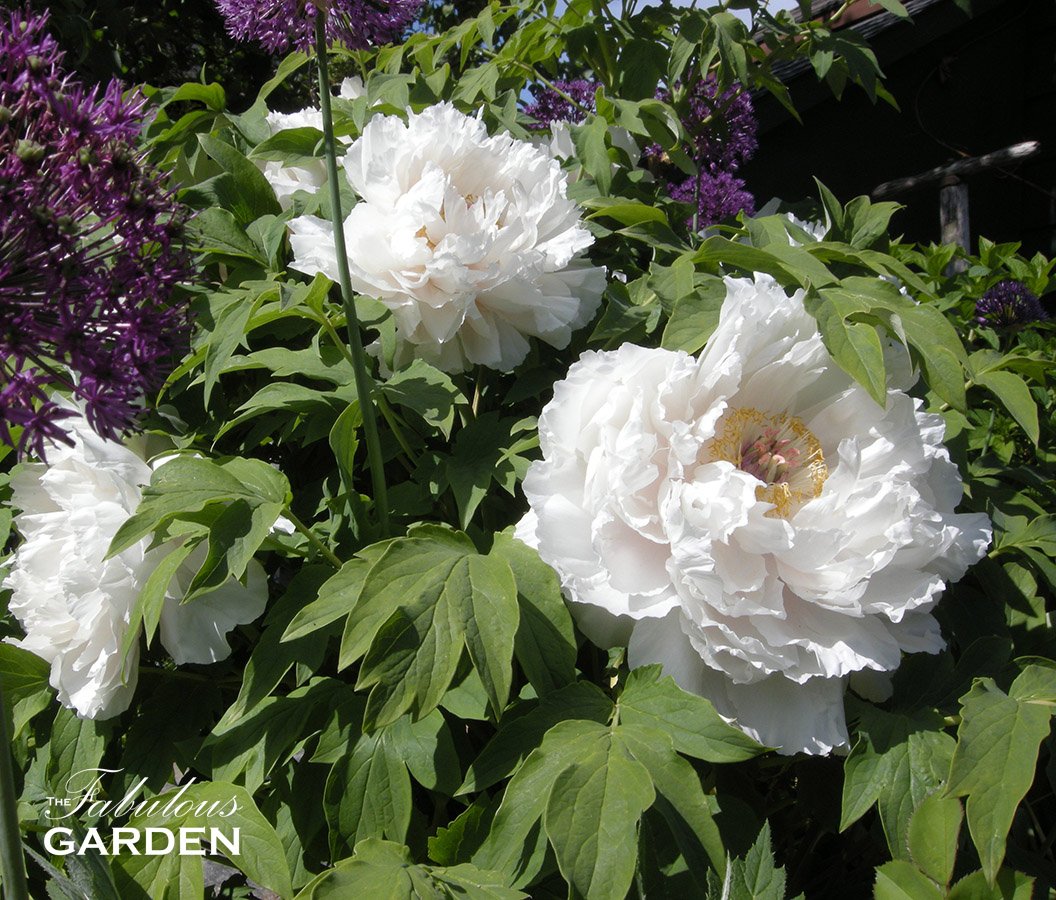 ← How to prune rosesDividing rhubarb →